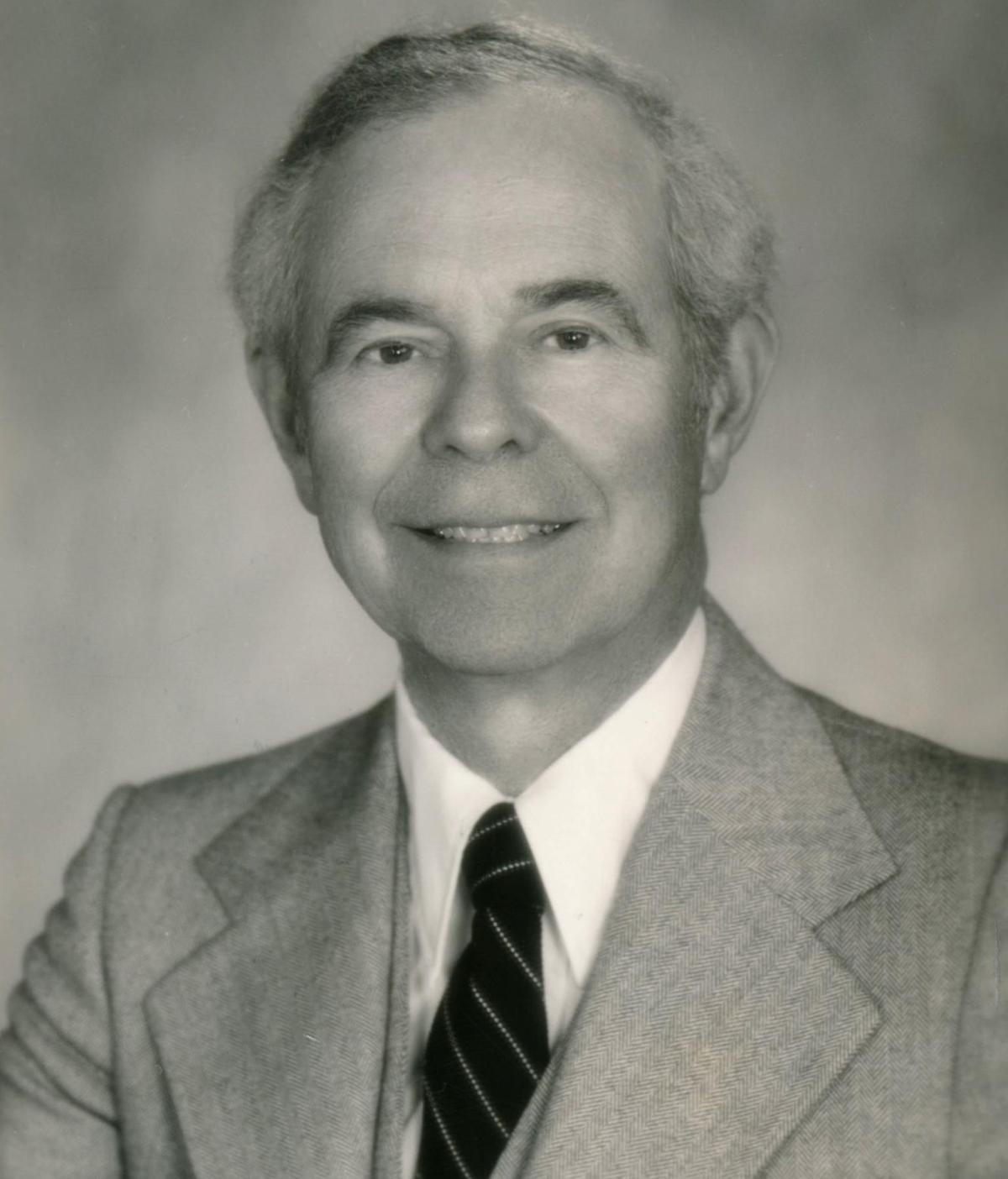 Win grew up in West Hartford, Conn., graduating from The Loomis School in Windsor, Conn., in 1943. In July 1943 he entered Harvard (class of 1947), and that October was drafted into the Navy. Win served as a sonar man on a minesweeper, and was injured in a mine explosion on duty in the South Pacific. Following the war, he returned to Harvard in 1946, majoring in social relations, and meeting his wife-to-be, Lynn Snow, at a church dinner in Cambridge, Mass. They were married in 1950 and raised three children. Lynn predeceased Win in January 2020.

As a 7-year-old child, Win enjoyed corralling his younger brother and sister into “playing church,” with Win as minister, his siblings as the congregants, and stone pebbles as “donations” in the offering dinner plate. Win always wanted to be a minister, following in the footsteps of his grandfather, Roscoe Nelson, who served as a Congregational minister for 42 years in Windsor, Conn. After graduating Harvard University, he attended Yale Divinity School (’52) and served in Congregational Churches (later United Church of Christ) in Maine, Connecticut, Minnesota and New Hampshire.

While serving at Manchester (Conn.) Center Church in 1972, Win developed a serious kidney infection. He lost his kidney function and was sustained by dialysis for a year before receiving a cadaver transplant in 1974. The transplant was remarkably successful, allowing him to enjoy good health for over 45 years. Win was an enthusiastic advocate for organ donation all his life.

In 1976, the Nelsons moved to New Hampshire and served congregations in Hooksett, and then Alstead.

As they approached and entered their retirement years, Win and Lynn enjoyed renovating and living in an old farmhouse on a 100-acre farm in Walpole. They pursued interests in gardening, music, community theater and travel. They downsized from the Walpole farm in 1999 and moved to a condo in Keene for several years before moving in 2006 to the RiverMead Lifecare Community in Peterborough. Win continued to preach at several congregations in southern New Hampshire well into retirement.

Blessed with an outgoing, warm personality, Win made friends and connections wherever he went, drawing people out and encouraging their best selves. He especially loved visiting with people, connecting one-on-one with those in need or appreciation of friendship, attention, spiritual support or guidance. He cultivated many dear friendships throughout his life, which he truly valued.

Win is survived by his three children: Peter Nelson of Ross, Calif.; Tara Jamison of West Newton, Mass.; and Laura Nelson of Takoma Park, Md. He has five grandchildren and one great-grandson. His wife, Lynn, died in January of this year, and his brother, Ted Nelson, died just a few days before Win. He was predeceased by his sister, Ruth Theron, in 1980.

Please let the family know if you would like to be notified if an online memorial service is planned at a future date.

Please consider giving the “gift of life” through organ donation.

To view his online tribute, send a message of condolence, or for more information, please visit www.csnh.com.