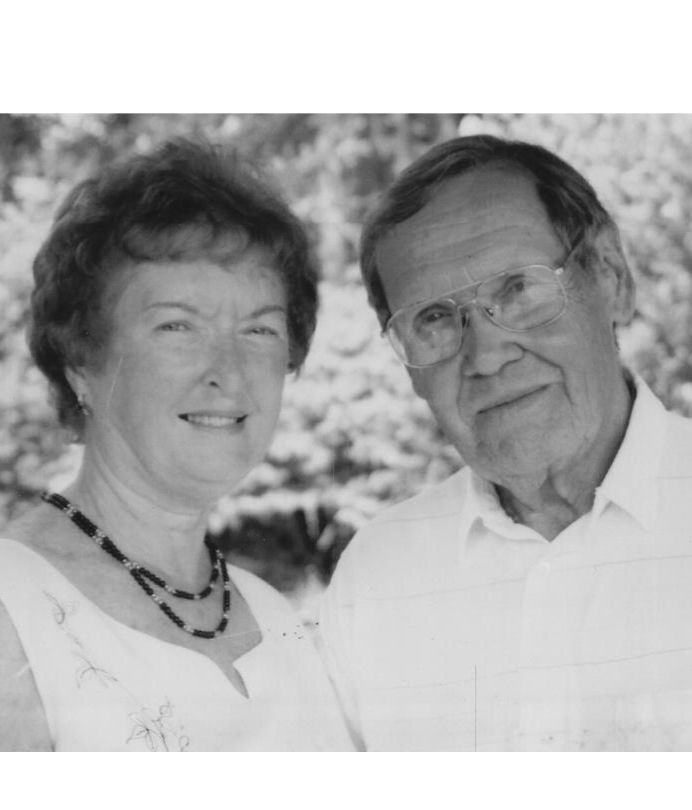 Nancy Jean Proctor, 85, of Keene passed away peacefully June 22, 2021, after three years with cancer at the home of her daughter, DeeDee Conant, in Mount Pleasant, S.C.

James Merton Proctor. 88, of Keene passed away peacefully June 30, 2021, with both of his daughters by his side in Halifax Hospice in Port Orange, Fla.

Nancy Boufford Proctor was born April 24, 1936, to her parents, Marjorie (Hapward) Boufford and Francis Boufford, of Keene. Nancy grew up in Keene on Burdett Street and graduated from Keene High School, class of 1954.

Nancy loved music, played the banjo, learning tunes alongside her Dad on the guitar, playing the clarinet in the KHS band and singing in the KHS choir. She loved going out dancing at the Keene Recreation Center to Allen Kendall’s band and square dancing with friends in Marlborough. Nancy went to work at the telephone company in Keene upon graduation.

James Merton Proctor was born on June 7, 1933, in Fitchburg, Mass., to his parents Lucille (Hurlbut) and Merton Proctor. The family moved to Keene a few years later where Jim attended Keene schools and graduated from Keene High School, class of 1951. Jim joined the Air Force during the Korean War in 1952 stationed in various U.S. Air Force bases and in England. He was trained to work in a field maintenance squadron unit and as an electrical technician.

Nancy and Jim were introduced together at one of these dancing events while Jim was on leave with friends in Keene. They dated while he served his country. They were married June 30, 1956, at the Keene Baptist Church shortly after Jim was honorably discharged from the U.S. Air Force.

Nancy and Jim welcomed three great children into their lives and she became a full time loving wife, mother and homemaker.

Nancy did almost anything she put her mind to; being a loyal Democrat, she decided to run against two incumbent representatives for a Ward 3 Legislature seat and did beat one out. She ran her own campaign and chaired John Durkin’s campaign at the same time for his U.S. Senate seat, which he won! She served two terms in the N.H. State Legislature, which began in 1974 with friend Pat Russell. She would sometimes arrive in Concord at the State House on her Harley-Davidson 125cc. She served as a chair of the Cheshire County Democratic Committee, hosting some Democratic presidential and Senate candidates in her home to help their campaigning efforts in New Hampshire as well. Nancy went to work for the N.H. Department of Employment Security in 1982, working between the Keene and Claremont office and retiring at the age of 62. She was also a member of the Keene Pops Choir, singing at local events and allowing her and Jim to tour and perform in Europe, Australia, New Zealand and Fiji.

Jim, while Nancy was wife, mother and homemaker, worked at MPB, Morgan Linen in Keene, and decided to join the carpenters union out of Turners Falls, Mass., and continued working for commercial construction for over 13 years. He sold motorcycle and snowmobile parts on weekends for a few years. But as we all know, Jim loved people, meeting people and was asked to join Metropolitan Life in the Keene office. Jim worked hard to work to obtain his licenses and, a few years later, to become a broker. Jim traveled all over the greater southwestern area of New Hampshire selling policies to families. He was a Mason with the Troy Lodge, a Legionnaire with the American Legion Post 4, a Knight at the Knights of Columbus in Keene and his best known pastime as an Elk at the Elks Lodge 927. Along with being an active Elk since the mid 1970s he was appointed as the Exalted Ruler from 1988 to 1989.

The family passion was fishing and outdoor recreational activities. Parents Marge and Fran Boufford bought a camp on the First Connecticut Lake in Pittsburg, N.H., in 1968, so the summers were spent fishing, swimming and exploring the great vast wildlife and beauty of northern New Hampshire with trips in between to Hampton Beach. The summers also brought many times at Burt’s Cycle Shop on Flat Roof Mill Road. There was always mini bikes, dirt bikes and motorcycles galore to ride with snowmobiling trips during the winters. The friendship with Burt and Celia lasted their entire lifetime with neighbors Herb and the late Pearl James. In the mid ’80s they went RVing to Pastures Campground in Orford, N.H., and Mount Owl’s Head in Quebec, where Nancy always took the prize fish. Nancy and Jim traveled to Alaska for camping and fishing and enjoyed entering/winning numerous fishing derbies over the years as well.

Jim and Nancy purchased a home in Oak Hill, Fla., to join their snowbird New Hampshire friends to continue riding motorcycles, fishing, shrimping and just staying out of the cold during the winters. Trips back and forth included stops in Charleston, S.C., to visit daughter DeeDee and hang out with her family. They had dear friends from Vermont, John and Margaret Muzzy, who stayed in St. Augustine during winters, who they got to visit as well. Many friends included Burt and Celia Martin, Herb James and friend Karen Townes, Ken and Claudia Harvey, Caroline Goodell, Bonnie Minor, Barry Bedaw and Florida neighbor Pat LaBonte of Maine and PEI. Summers were spent in Surry and visits to daughter Denise’s family lake house to fish on Stinson Lake.

Jim and Nancy’s favorite passion was their children and grandchildren, whom they loved dearly and always made special time for taking them fishing, camping, boating, swimming and blueberry picking on Pitcher Mountain. Mimi and Boppa’s house on North Street was always the hub of family activities where she hosted family celebrations, holidays and many dinners she lovingly cooked, with her delicious homemade pies.

Jim and Nancy were in Florida for the winter of 2020 when Jim fell in March, went for surgery to have a pin placed in his hip, then to rehab at Port Orange Nursing and Rehab. COVID-19 overtook America, forcing the lockdown of nursing homes nationwide leaving them unable to be together/live together. It was very difficult and frustrating for both of them, as they had always been together. Looking through the window talking on her cell phone to him in his room or Zoom videos from South Carolina was their only way to see each other.

Eventually Nancy was able to see Jim in person February-April, 2021, but her health was frail. Her daughter’s wish as she was nearing the end of her life was telling her as she slept her last four days of life was to go down and grab Dad at Port Orange and take him with her on her way to Heaven. Within three hours of her death on Tuesday, June 22, the nursing home called DeeDee and told her Dad was failing. She told the staff of her mom’s passing earlier and that she had done exactly what she had asked, and was there in spirit to take him with her. Both daughters went to Florida to see their dad, hug and kiss him as they had not been able to either for over a year and a half. They were able to help him be more comfortable at Halifax Hospice with the loving help of the wonderful Port Orange Nursing and Rehab staff as well as The Hospice team at Halifax. James “Jim” Proctor passed on his and Nancy’s 65th wedding anniversary so they could celebrate and dance together again without any more pain. A true love story!

A celebration of life will be held in the summer of 2022 in Keene. Foley Funeral Home is assisting the family with the local arrangements. The date and time will be announced later.