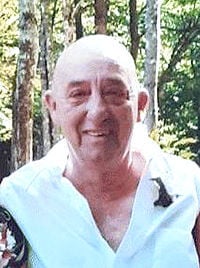 Malcolm J. “Mal” Perkins, 78, a longtime resident of Winchester and formerly of Ayer, Mass., died on Saturday, Nov. 9, 2019. He passed peacefully in the comfort of his home with the love of family near after a period of declining health.

Malcolm was born the son of the late Grace M. (Hamm) and Raymond C. Perkins on Dec. 14, 1940, in Concord, Mass. He was educated in Acton, Mass., and graduated from Acton-Boxboro Regional High School, class of 1959.

On Jan. 1, 1986, he exchanged vows with Jean C. (Smith) Goodman. They were married in a simple service with close family and friends in attendance. The Perkins’ have been married for 32 years.

Mal was a career firefighter for the town of Acton for 24 years before his retirement in 1987. After retirement he accepted a position at Walmart in Keene as a general clerk. He loved working there and he worked there for 20 years.

He enjoyed modified stock car racing. Time was spent meticulously maintaining his lawn. He was a collector of antique milk bottles. Mal always found himself being around nice people. He also had a soft spot for animals, especially his dog, Harley.

Mr. Perkins is survived by his wife, Jean C. Perkins of Winchester; his children, Janet E. Silverton and her husband, William, of Acton, Mass., and Joan E. Gabriel and her husband, William, of Holliston, Mass.; children from the combined marriage, Teri L. Pratt and her husband, Smith, of Claremont, and Brian R. Goodman Jr. and his wife, Deanna, of Shirley, Mass.; a man he loved like his own child, Steven A. Sullivan and his wife, Sara, of Hinsdale; his siblings, Brian M. Perkins and his wife, Celeste, of Harpswell, Maine, and Richard Perkins of Nashua; four grandchildren, Audrey Gabriel, George Gabriel, Sadie Goodman and Kaylee Goodman; and 12 grandchildren. He will be missed by his sisters and brothers-in-laws, cousins, nieces, nephews, extended family and friends.

In keeping with Mal’s wishes, there are no calling hours or formal services at this time. Donations can be made in memory of Malcolm J. Perkins to the charity of one’s choice; or you may simply pay it forward by buying a cup of coffee for someone or having a beer/shot with a friend(s) in his memory.

All services are under the care of Cheshire Family Funeral Home and Crematories, 46 South Winchester St., Swanzey 03446. www.cheshirefamilyfh.com