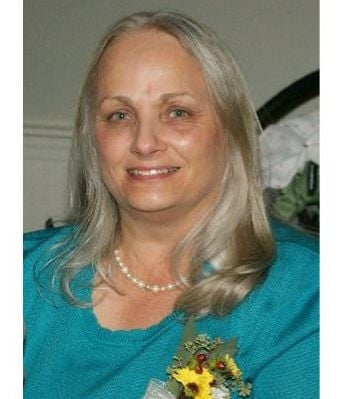 Linda Sue (Caler) Howland, 63, formerly of Keene, passed away at Howard County General Hospital in Columbia, Md., on March 23, 2021, surrounded by her four children and the love of her family following a period of declining health.

Born to Betty Jane (Fisher) and Bruce Edgar Caler in Big Spring, Texas, Linda travelled extensively as part of a growing family assigned to the U. S. Air Force before finally settling in western Pennsylvania. Linda attended Meyersdale, Pa., area schools and graduated as a member of the Meyersdale High School class of 1976.

After graduation, Linda joined the U.S. Army as a means to become self-sufficient and experience everything life had to offer. Linda was able to advance quickly through the ranks of the military while earning numerous Certificates of Achievements, Meritorious Service Medals and Commendation Medals through her discipline and tenacity. Finding a balance between work and play, Linda was fearless in her pursuit of adventure, attending Adventure Training, parachuting from helicopters, white-water rafting, hiking the mountains where she was stationed, as well as participating in the Nijmegen March twice.

Balancing a successful career as well as continuing to seek experiences, Linda began her next adventure of becoming a mother. She sometimes referred to her children as her “souvenirs,” a keepsake marking a different chapter in time and a different location in her heart. She continued managing the pressures of work and motherhood until she was honorably discharged as a Sergeant First Class after 16 years of service in the U.S. Army.

Her passion and devotion to her family helped Linda fight the odds and survive a diagnosis of advanced breast cancer at a young age. She poured her newfound second chance into every aspect of motherhood, instilling the lessons of life in a way that only a mom could.

Never one to relax, Linda had a creative soul and would fill her limited amounts of spare time creating quilts for her family, crafting Valentine’s Day cards with her children and making Christmas tree ornaments to add joy to every season. She would constantly remind her children that, “Idle hands are the devil’s handiwork.” Even something as mundane as covering all of our school books became an outlet for creative expression.

Linda began her second career as a medical transcriptionist and relocated to Keene, where she met her husband, Bill. Together they explored New England, travelling as often as possible, but were also content to spend their evenings playing Scrabble or cribbage with competitive enthusiasm.

While proud of her career and her accomplishments, and having loved being a mother, becoming a grandma was Linda’s crowning achievement. She took pride in each milestone, and eagerly anticipated news of her ever-growing family. Her grandchildren were showered with love, stories and advice accompanied by cookies, laughter and silliness.

A private family gathering will be held in the near future. In lieu of flowers, memorial contributions may be made to the Breast Cancer Research Foundation.