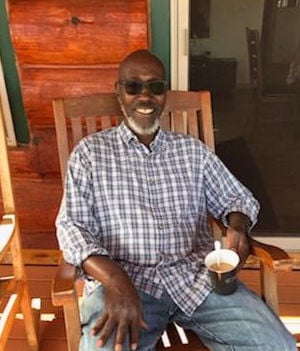 He was born on March 16, 1958, in Chestertown, Md. He was the first-born son of Leon and Helen (Wright) Daniels. He attended schools in Wilmington, Del., and was a 1976 graduate of DeLaWarr High School. Following school he enlisted in the U.S. Army and served from 1976 until 1987. He was stationed in New Jersey, Germany, Virginia and Hawaii. After his military service he worked for the U.S. government as a correctional officer and medical records technician for the Federal Bureau of Prisons before his retirement.

Leon married Leanne Lamoureux on Dec. 3, 1981, in Copenhagen, Denmark, after meeting in Germany while both were stationed at the U.S. Army Hospital in Wurzburg. Leon made a lot of friends in Germany and the country held a special place in his heart.

He is also survived by his son, Donoven Daniels, 17; two sisters: Shirley Tolson of Chestertown, Md.; and Sandra Wooley of Philadelphia; a brother, Kevin Daniels, of Wilmington, Del.; and many nieces, nephews, and in-laws. He was predeceased by his parents, Leon and Helen (Wright) Daniels; and a sister, Doreen El Shabazz.

Leon will be buried with his parents in the Grace Lawn Memorial Park Cemetery in New Castle, Del., at the convenience of his family. Leon was dearly loved by his family and was a devoted son, husband, father, brother and uncle. He will be greatly missed forever.