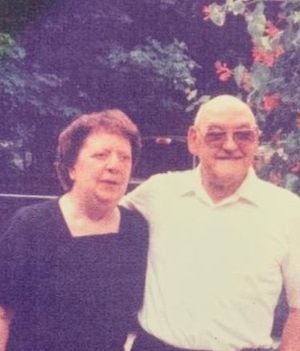 June H. (McIntosh) Dunn, of Whiting, Maine, and formerly of Keene, passed earlier on Sept. 20, 2019. She was 88 and passed on after a five-year bout with breast cancer.

June worked as a secretary for Markem Corporation from 1950 to 1969. She worked as a secretary Pneumo Precision Company until 1973. She then opened her own secretarial service until she retired in 1986 and worked as caretaker for her husband, Thomas, after a bad car accident. When Thomas recovered and went back to work, June worked for the church in West Keene, where she retired in 1993.

There will be a celebration of June’s life and her ashes are to be buried alongside her husband, father and son. June will be interred in the Mountain View Cemetery, Swanzey Center, by Cheshire Family Funeral Home and a Celebration of Life will be held at the Italian Club for family and friends after the interment.