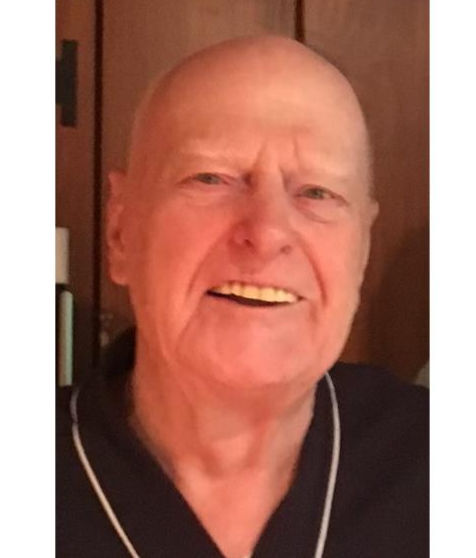 Jack was born in Framingham, Mass., on April 17, 1930, to Forrest and Katherine Bradshaw. He was educated in Sudbury, Mass., schools before serving in the U.S. Marine Corps and attending Northeastern University.

It was in Sudbury where his business interests were honed while working with his father in the family store, the Sudbury Water District and the Sudbury Fire Dept. In the early 1950s, Jack moved to Keene, where he established a water pump company. He eventually transitioned into commercial real estate and took on several challenging renovation projects in Keene and surrounding towns.

In the late 1960s, Jack married his second wife, Bess, and moved to Nelson, where he became very involved in town government, serving in many roles, including town meeting moderator for 25 years.

Jack was successful in many business ventures but found a special satisfaction working in the woods around his property. Over the years he selectively thinned trees and built paths that greatly enhanced his Nelson home, yielding wood that provided a special warmth for the fireplace he enjoyed so much.

He was a past master of Jerusalem Lodge #104, a member of the Bektash Shriners, and a member of the Keene Rotary Club. Jack also served in the N.H. Legislature, first as a representative, then as a senator, including a term as Senate President in 1971-72.

Jack was predeceased by his parents; his sisters, Katherine Waters of Hampden, Maine; and Ann Maker of Morristown, N.J.; and his wife, Bess. He is survived by his special friend, Gwen Griffin, of Sedona, Ariz.; his children: John Jr. (Jay) and his wife, Sue, of Belgrade, Maine; Betsy Glencross of Sabattus, Maine; and Peter and his wife, Maria, of Keene; seven grandchildren; and four great-grandchildren.

At Jack’s request there will be no public service.