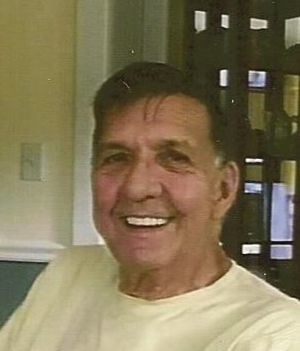 John worked at several machine shops in the Keene area, including Central Screw Co., Kingsbury Machine and Tool Co. and Timken Super Precision. He also worked at the Swanzey Recycling Center part-time in his later years. At the recycling center local residents would find a helpful and friendly John, always having time to have a quick chat and smile for them.

John enjoyed snowmobiling and ATV riding for many years with his family and friends. He also enjoyed stock car racing and was an avid NASCAR fan, always ready to watch the current race. One of his greatest passions and joys in his retired years was meeting his friends and going regularly to the gym that they all belonged to. After the workout would be the best part, having coffee and spending time with his gym mates. His friends from the gym would become a great strength of encouragement and happiness for him when coping with his many medical issues throughout the years.

John will be missed by all who knew him for his positive attitude and his readiness to always take on any curve life threw him. He would just shrug it off, saying that it would be okay. John had more than nine lives and he never complained about anything. With his laugh and smile, there was always a joke or some comment to go with any situation or event as well. He was an inspiration to all who knew him for his optimistic attitude and he will be severely missed!

He is survived by his wife of 50 years, Charlotte Porter Jardine, whom he was always devoted to; his sons, Michael Jardine and Joseph Jardine and their families of Swanzey; his stepsons: Robert Paige of Fall River, Mass.; Ronald Paige and his family of Keene; Richard Paige of Swanzey; his twin sister, Lena, and her husband, David Whipple, of West Swanzey; his sister, Gladys, and her husband, Francis Blair, of Keene; his sister-in-law, Marjorie Moore; and his sister-in-law, Kikuko Jardine, of Plattsburgh, N.Y. He is also survived by many cousins, grandchildren, great-grandchildren, nieces, nephews and friends. John is predeceased by his brother, Arthur (Jim) Jardine, of Plattsburgh, N.Y., and his parents, John (Vic) and Mary Jardine, of West Swanzey.

A graveside service will be held on Friday, June 26, 2020, at 1 p.m. in the family lot at Oak Hill Cemetery, Pine St. Swanzey. Masks and social distancing will be required. In lieu of flowers, donations can be made to the West Swanzey Rescue Department, c/o Town of Swanzey, P.O. Box 10009, Swanzey NH 03446. All services are under the care of Cheshire Family Funeral Home and Crematories, 46 South Winchester St., Swanzey NH 03446 (www.cheshirefamilyfh.com).