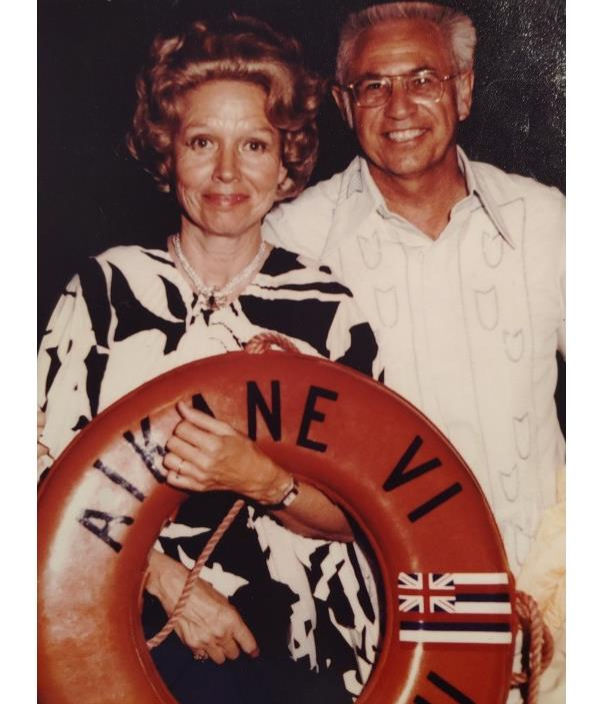 John Henry Bassarear died peacefully on Feb. 11, 2021, in Bountiful, Utah, only a few miles from where his youngest daughter lived, and 17 years after his beloved wife, Rogena, died.

Rogena did not want an obituary following her death, but it feels appropriate now. Born on March 20, 1929, she was a devoted mother and used her work as a nurse’s aide throughout her life. When she challenged a doctor on a diagnosis or treatment, she was usually right!

She converted to Catholicism in 1957 but was adamant that her children should feel free to find their own path. When Tom’s daughter had her Bat Mitzvah, Rogena was not healthy enough to travel at that time. So she sent a letter which was read by her daughter, Jennifer: “Dear Emily, here I sit, the Catholic grandmother, writing a letter at the request of my Buddhist son, to be read at his Jewish daughter’s Bat Mitzvah, by her Mormon aunt.”

She was also a hospice volunteer and talented in so many ways; she could frequently be found knitting sweaters or quilting blankets for orphans or refugees. Rogena died peacefully surrounded by her four adult children and her husband on June 6, 2004.

John was born Aug. 2, 1924, in Des Moines, Iowa, to Clarence Bassarear and Nina Stewart. He enlisted in the U.S. Army in 1943 and was a forward observer with the 285th Field Artillery Battalion, where he spent much of his time at or behind the German lines. He is a survivor of “The Massacre at Malmedy,” which occurred during the Battle of the Bulge. His group of about 120 men was captured by a German tank column who rounded them up in a field and then fired upon them with machine guns from both sides. John only survived because several other bodies were laying on top of him. Fewer than 20 escaped. He also had many other combat experiences and was at one of the concentration camps days after it was liberated. Those memories stayed with him throughout his life.

After the war, John met and married Rogena in 1948. He finished his studies as a metallurgical engineer from the Colorado School of Mines in 1948. His career moved the family from Colorado to upstate New York, the Arizona desert, Tennessee, Nevada and California. During the four years in Arizona, the family visited almost every National Park in the West! John was world-renowned in the mining field, and in the latter part of his career he consulted in South America, Africa and Asia. In 1985, he was awarded a Distinguished Achievement Medalist by the Colorado School of Mines for his career achievements and he received numerous other awards for his work. He was a person of many interests, including hunting, fishing, barbershop music, sailing, golf, sports, reading and nature. Of most importance, he was a man of integrity.

In lieu of flowers, please consider donating to tinytimstoys.org. Although he had been losing his vision, John spent the last five years volunteering at Tiny Tim Toys one day a week putting the wheels on toy wooden cars for kids in Africa. It gave him much joy!