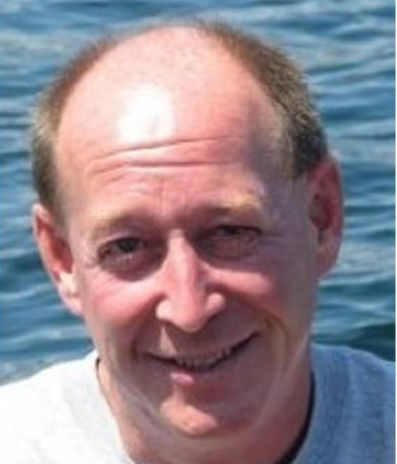 Hugh G. Morris, 58, of West Linn, Ore., formerly of Swanzey, died unexpectedly on March 2, 2020, off the coast of Kauai, Hawaii, while living life to its fullest.

He was born in Bridgeport, Conn., on Dec. 3, 1961, son of the late Hugh F. Morris and Margaret (Lynch) Morris. Hugh attended St. Joseph’s School in Keene and was president of the 1979 Monadnock Regional High School class.

Hugh was a patriot — he served his country as a Cavalry Scout with the 2nd Armored Cavalry Regiment along the Iron Curtain between Germany and Czechoslovakia. After his time in the U.S. Army, Hugh attended Keene State College and the University of New Hampshire, graduating with a Bachelor of Science in electrical engineering. He later became a licensed professional engineer.

He married the love of his life, Jen Henry Morris, at a beautiful evening ceremony on the beach in Maui just two years ago, surrounded by family and friends.

As being a part of a large, close-knit Irish family, he was not only a cousin, but also viewed as a brother to so many cousins of the Morris and Lynch families in Counties Roscommon, Longford, Westmeath and Dublin, Ireland, as well as stateside in Rhode Island.

After moving west to Oregon in 1993, so many others got to know this incredible man, and his circle of friends grew exponentially, becoming a key member of his community.

Hugh had an incredible sense of humor — the original “Humorris”. He was a kind and loving man, always concerned about ensuring the happiness of others. He will be greatly missed.

He loved all things Irish and regularly visited the island of his ancestors. Hugh was always planning the next adventure, from camping trips along the Oregon coast to diving trips in Belize. He was an avid sports fan, supporting all Boston teams, as well following the Portland Timbers and Coast Guard Academy Soccer. He loved reading Stephen King novels as well as watching “Game of Thrones.”

A funeral Mass will be held on March 21, 2020, at 11 a.m. in St. Bernard Church, 185 Main St., Keene, followed by a reception to celebrate his life. A second memorial service will be held in Oregon at a later date.

In lieu of flowers, the family would prefer donations be made in Hugh’s name to Liberty House, 75 West Baker St., Manchester, NH 03101 (https://libertyhousenh.org/). Liberty House remembers, supports, and honors our Veterans.