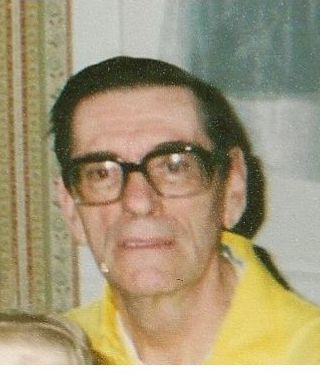 Graham Joseph “Graham” Thibodeau died suddenly Saturday, May 2, 2020, at the home of his daughter, Katie, in Richmond.

Family and friends called him Graham and also Joe. Graduating Keene High School, he joined the U.S. Army, serving in the Korean conflict for three years.

His first marriage was to Shirley Lancey Patria. They raised five children and divorced in 1969.

His teaching years began in the Monadnock Regional School District at its inception in 1962, teaching in Troy, Fitzwilliam, Monadnock High School and Keene High School, totaling 35 years in education. His passion for inspiring a love of learning in children guided his life. He always believed in the rich and abiding worth and potential of every child.

In 1972, Joe and Norma Grasing Brunk married in Troy in a civil ceremony, and moved to Richmond with daughters Katie and Wendie. A son, Robert James, was welcomed in 1973 to complete this family.

Retiring from teaching in 1989, Joe then worked for Emil Legere Management Company for several years, to retire again to enjoy studying his roots, genealogy, history and diaspora of the Thibodeau family back to the 1600s. Enjoyment was ever present in reading, learning and collecting information into 16 volumes of data.

He loved listening to the radio, and being greeted by many former students with “Hi, Mr. Thibodeau.” They would remember together his influence in their lives.

Due to the COVID-19 pandemic, a private graveside service was held in the family lot on Tuesday, May 12, 2020, at Earl Howard Cemetery in Richmond. All services are under the care of Cheshire Family Funeral Home and Crematories, 46 South Winchester St., Swanzey NH 03446.