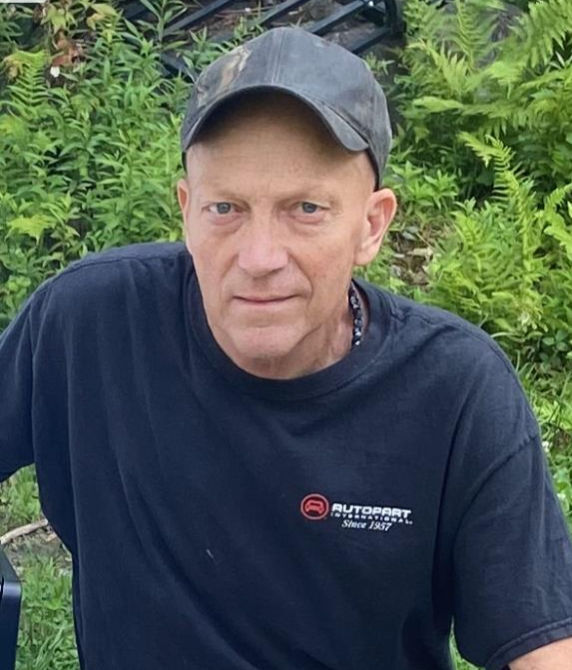 George N. Warner Jr. passed away at home surrounded by his loving family on Sept. 13, 2021.

He was born in Keene at Elliot Community Hospital on March 5, 1958, to George N. Warner Sr. and Joan (Murdough) Warner.

He attended Nelson Elementary School, Keene Junior High, and graduated from Keene High School with the class of 1976. During high school he worked at Lake View Restaurant and after graduation he went on to work on the farm caring for horses owned by “Hank and Dick,” the owners of Lake View Restaurant.

In 1977 he started work for NH DOT as a trucker driver, which he did for 10 years. In 1987 he started his own logging business, which he continued with until his death. Logging was a passion for him, as well as hunting with his son and other family members.

He played softball in Keene for over 40 years through the Greater Keene Men’s Softball Association. He was an active member of the N.H. Mustang Club and enjoyed attending car shows throughout New England with his Mustang.

George was predeceased by his parents.

He is survived by his wife, Gina (Buckley) Warner, who he married in Nelson on Aug. 5, 1977; His children: Megan (Jason) Daigle of Nelson; Matthew (Elizabeth) Warner of Peterborough; and Mary (Jason) Fairbanks of Keene; his brothers: Bruce Warner of Nelson; and Jeffrey (Doris) Warner of Marlow; his sisters: Patricia (John) Thompson of Marlow; and Joann Warner of Nelson; his grandchildren: Troy Daigle and Tori (Riley Maynard) Daigle of Nelson; Julianna, Brayden and Kaylee Fairbanks of Keene; and Annabel and Ellen Warner of Peterborough; his great-grandchildren: Zane, Jaxx and Ada Maynard of Nelson; his sister-in-law, Dawn (Andrew) Dunton, of Alstead; and numerous aunts, cousins, nieces, nephews and friends.

Per George’s wishes, no services will be scheduled. Donations in George’s memory may be made to Norris Cotton Cancer Center, 580 Court St., Keene NH 03431.

To view his online tribute, send a message of condolence or for more information, please visit www.csnh.com.