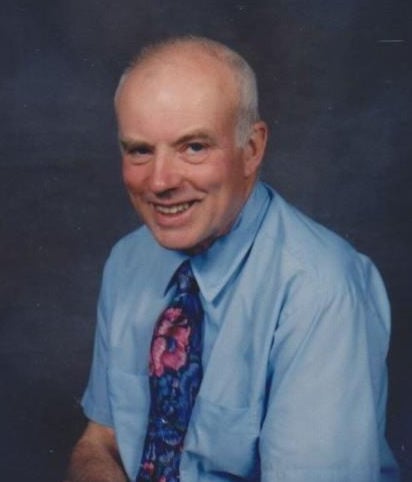 Everett Merrill Long, of Swanzey, 90 years young, passed away on Thursday, Sept. 30, 2021, at the Lahey Hospital in Burlington, Mass., after a period of failing health.

He was born on Sept. 28, 1931, to Chester Everett Long of Claremont and Ethel Olive Merrill of Sutton, and was raised in Claremont. He was the youngest of two children. Everett graduated from Stevens High School in Claremont in 1949. After graduation, Everett decided to enlist in the Armed Forces and was a 1st Class Airman, where he served from 1952 to 1956. One of his favorite places that he was stationed was Paris, France. While he was there, he had the opportunity to tour the Eiffel Tower and the Arch of Triumph. Coincidently, while in Paris, he bumped into his sister on the streets, which shocked the both of them being that Paris is such a large city.

Following his enlistment, Everett moved to the Boston area to attend Wentworth Institute, a mechanical technical school. Everett was an avid fan of the Boston Red Sox and the school was within walking distance to Fenway Park. He recited stories of going to watch a game and paying 75 cents for a bleacher seat. After two years at the technical school and feeling confident with his skills, Everett settled back into the Keene area, where he began working as a machinist at M.S. Perkins for 27 years. After the company closed he became employed at the Tidland Cooperation in Keene until his retirement, when the company made him go home and retire.

When first settling in Keene, he would frequent a little restaurant called “Eno’s Diner,” that is where he met his wife, Viola. He was sitting at the counter one day and Viola was a waitress, she had left her order pad on the counter and Everett seized the moment to write “I love you” on her order pad.

In his younger years, Everett enjoyed hunting and would go out deer hunting — he never did shoot one and we suspect that it was intentional. His other hobbies were brook fishing and going out in the row boat to lake fish. He always enjoyed it unless there were bats flying in the area. Viola and his daughter, Donna, were petrified of bats and almost overturned the rowboat one summer evening as bats were swarming the area. He ended up unloading the fishing gear, the coolers, the tackle and all the other gear as well as loading the rowboat onto the trailer as his wife and Donna sat in the car hiding from the bats.

Summertime always involved two weeks of camping mostly in the Old Orchard Beach area but always in the Maine area. Everett had numerous friends and acquaintances that can simply describe him as “kind.” Sometimes Everett didn’t say much, but he didn’t miss much, either.

Very special thanks to all the staff at the Edith Nourse Rogers Memorial Veterans Hospital in Bedford, Mass., for all their loving care and treatment of Everett for the past nine months. To Michele Linnen, thank you for always going the extra mile, your efforts will never go unappreciated.

Everett leaves behind his wife of 55 years, Viola Long, of Swanzey; his beloved cat “Snugglebug”; a stepson, Robert Pierce, of Westmoreland; a daughter, Donna Poges, and her partner, Roy Jache, of Danbury; a grandson, Damian Poges, and his partner, Melinda Dassing, of Concord; a granddaughter, Monika Poges, of Basalt, Colo.; and a grandson, Jeremy Poges, and his wife, Stephanie, of Keene. Everett also had six great-grandchildren: Candy Pierce of Keene; Kody Poges of Loudon; Trevor Poges of Loudon; Zoe Elliott of Concord; Leevi Elliott of Concord; and Sky Poges of Concord. He also leaves behind his older sister, Barbara Wendler, of Santa Fe, N.M.; and a niece, Carol Wendler, also of Santa Fe, N.M.

There will be a wake at Fletcher Funeral Home, 33 Marlboro St., Keene on Wednesday, Oct. 13, 2021, from 5 to 7 p.m. There will be a funeral service at the funeral home on Thursday, Oct. 14, 2021, at 1 p.m. All those in attendance are required to wear masks and practice safe physical distancing.

Fletcher Funeral Home of Keene has been entrusted with the arrangements. Fond memories and expressions of sympathy may be shared at www.FletcherFuneralHome.com for the Long family.