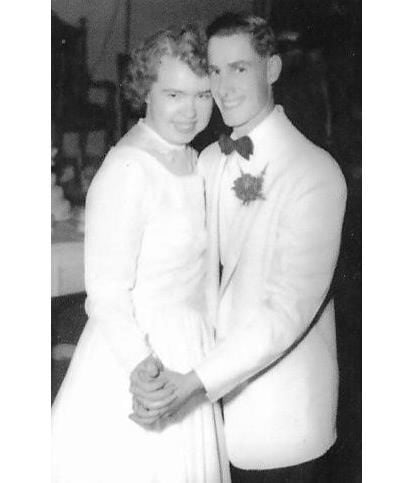 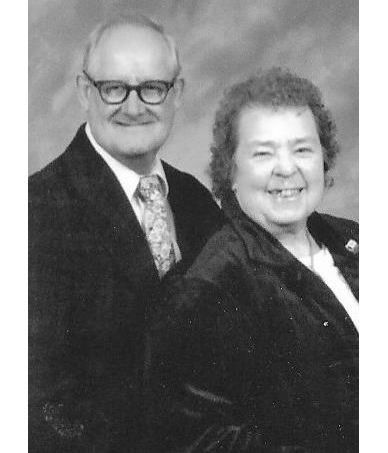 Freda Ellen Boufford, 91, of Keene, passed away peacefully from a lengthy period of failing health on Dec. 21, 2020, at her home with her family and her beloved dogs, Little Man and Mickey, by her side.

Edward R. “Pete” Boufford, 88, passed away peacefully, from COVID complications on Jan. 13, 2021, at Cheshire Medical Center with his family around him.

Freda was welcomed into the world by her parents, Fanny (Robbins) and Wilfred “Red” Deyo, on Sept. 14, 1929, in the same house she passed away in.

Pete was welcomed into the world by his parents, Leona (Spring) and Donri Boufford, on Jan. 21, 1932, at Elliott Community Hospital in Keene.

Pete proudly served his country from 1951-55 in the U.S. Air Force during the Korean War. While serving in the Air Force, Pete traveled all over the world as a traveling mechanic.

Pete and Freda were made for each other. They grew up on the same street only four houses apart. From the time Pete was 8 years old, he would walk up to Freda’s house to play with her brothers and cousins, as Freda’s house was the house where the neighborhood children all congregated. They enjoyed going to Robin Hood Park for swimming, ice skating, hiking the trails and spending a lot of time with their friends and family at the famous Sunset Rock which overlooked Keene, locally known for its stunning sunset views.

Pete was nine years old when his parents bought him his first saxophone, which he still has to this day. He loved playing the saxophone, and was noticed by Hale Kendall (Allan Kendall’s brother) for his talent as a youngster playing the saxophone. He was asked to join his dance band, where Pete and Freda would hang out with all their friends as they grew into teenagers.

Pete left school early to go to work during the depression, taking a job at his Uncle Forrest Carey’s business, The Carey Chair Company. Pete also worked at Princess Shoe Company before enlisting with Freda’s brother, Bob, in 1951. Pete came home on leave after his training in 1952 because he realized he couldn’t live without Freda and asked her to marry him. While home, Pete purchased his prize tenor saxophone, hoping to be in the Air Force Band, although he never got that chance because his job kept him in the air more than at home.

Freda graduated from Keene High School in 1949. Later, Freda took on the job of secretary for her class. She and Pete would work with their classmates to schedule their next reunion. They had just celebrated their 70th reunion in 2019. Freda worked at Elliott Community Hospital in the lab until 1956, taking time off to start their family.

Freda loved all animals, but was very particular to pigs. It didn’t matter what they were made of, she loved them! She even had a potbelly pig that lived in the house with her for years. Freda also loved music and was in the Keene Drum and Bugle Corps, playing the bugle (which came in handy years later to get her kids out of bed for school).

Pete started playing at dances with Allan Kendall and the orchestra when he returned home. He then went on to playing with the Gordon Bissell Post No. 4 American Legion Band from 1962-2015, when he traveled all over the U.S. marching in competitions and playing at concerts. The American Legion Band was invited to Washington, D.C., to play at the dedication of the Vietnam Veterans Memorial. Pete was so proud of his time with the band. Freda also became involved in the Legion Auxiliary and was a former President of the Legion Auxiliary and enjoyed going with Pete to the conventions and parades. Pete and Freda were long-standing members of the Federated Church in Marlborough, where Pete took on the role of choir director and Freda was the choir mom during the early part of 1970.

Pete was a skilled spray painter and these skills made him successful, as well as sought-after, by many, including the former American Optical/Warner Lambert. Pete worked some nights spray-painting torpedoes for Perkins Machinery. He finally retired in 2008 from H.L. Holden’s. Pete was also a founding member of the Keene Area Rescue and Emergency Squad (K.A.R.E.S)

Pete and Freda were friends to everyone. They enjoyed life to the fullest and the simplest things brought them great joy. They enjoyed long walks at Robin Hood Park. When Freda couldn’t make the trip over, Pete would take their dogs for a walk over to the park and back. Pete enjoyed playing golf with family and friends. They both loved spending much time with family and friends reminiscing and laughing about what they did as kids.

Freda was one of the founding members of the Keene division of TOPS (Take Off Pounds Sensibly) and she enjoyed showing off her art skills doing the poster boards. Freda also took such joy in her cooking (she made the best sugar plum coffee cake at Christmas for everyone in the family) and knitting and craft work. Freda also worked at Findings in Keene until she then found her calling in waitressing. Freda worked at several restaurants in Keene, finally finding Lakeview Restaurant in Munsonville, where she worked until they closed in 1982.

As Freda’s health declined over the years, Pete took on her care in stride and learned all there was to know about taking care of her. He always said, “that was his job to take care of Freda.” Pete and Freda were not happy unless they were together. So when Freda passed away, Pete followed her days later. They had a love and devotion for each other that people only dream about finding. They will truly be missed by everyone who knew them.

Freda is predeceased by her parents, Wilfred Deyo and Fanny Eaton and her husband, Harold Eaton; her sister, Sybil Mills, and her husband, Frank; two brothers: Wilfred “Johnny” Deyo; and Leo Deyo and his wife, Eleanor; and her cousins: Warren, Rudy, Quinten Flanders and Louise Bradbury, who were raised by Freda’s mother.

Pete is predeceased by his wife of 64 years, Freda Boufford; his parents, Donri and Leona Boufford; and sister, Lorraine “Dolly” Fahey, and her husband, William.

A celebration of life for both Pete and Freda will be held at a date and time to be announced later.

The Foley Funeral Home of Keene is assisting the family with Freda’s and Pete’s arrangements. To offer online condolences to the family or to share special memories, please visit www.foleyfuneralhome.com.