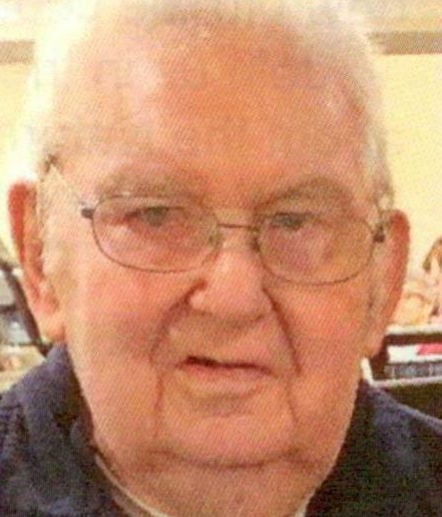 He was born in Nashua on May 1, 1922, a son to the late Normand and Erma (Clark) Rogers. His early years were spent in Marlborough, where he graduated from Marlborough High School in 1940. He then attended Mount Herman Prep School and later graduated from Springfield College, earning a bachelor’s degree in social work with honors. Edward was a veteran of the U.S. Army and served in the European theater during World War II. He was a member of the Croteau-Coutts American Legion. Edward's professional career of 35 years was spent as a director with the YMCA, serving in Keene, Boston, Philadelphia, and Palmer and Beverly, Mass.. The majority of Ed's retirement years were spent in the town of Harrisville, where he was active in the Harrisville Community Church, serving as deacon, moderator, council member and in the choir.

He was an ardent outdoor sportsman and an enthusiastic high school sports official in the Monadnock Region for many years. He was also active for many years in the fire service as a 27-year member of the Harrisville Fire Dept., serving as a captain, deputy chief and training officer. He was also a N.H. Deputy Forest Fire Warden and served on the board of the Meadowood County Area Fire Department. In 2000, the Rogers’ moved to the Birch Hill Retirement Community in Manchester, where they spent 18 years as active residents. Ed was an avid volunteer in the area of the indoor golf program, the tavern operation, and served as secretary of the resident council, the fund choir and as a clerk in the country store.

In early 2019, Ed and his wife moved to Clarksville to be closer to family. He was married to Amilee (Connor) Rogers for 72 years until her passing in 2019. Their family includes a son, Philip Rogers, of Napoleon, N.D.; a daughter, Janet Greer, of Clarksville; four grandchildren: Edward Foss of Virginia Beach, Va., Michael Rogers of Fairbanks, Alaska, and Joshua Greer and Luanne Young, both of Clarksville; as well as seven great-grandchildren.

There are no public calling hours. A private family service will take place at a later date. Expressions of sympathy in memory of Mr. Rogers may be made to the Birch Hill Benevolent Fund, 200 Alliance Way, Manchester NH 03102. Condolences may be offered to the family online by going to www.jenkinsnewman.com.