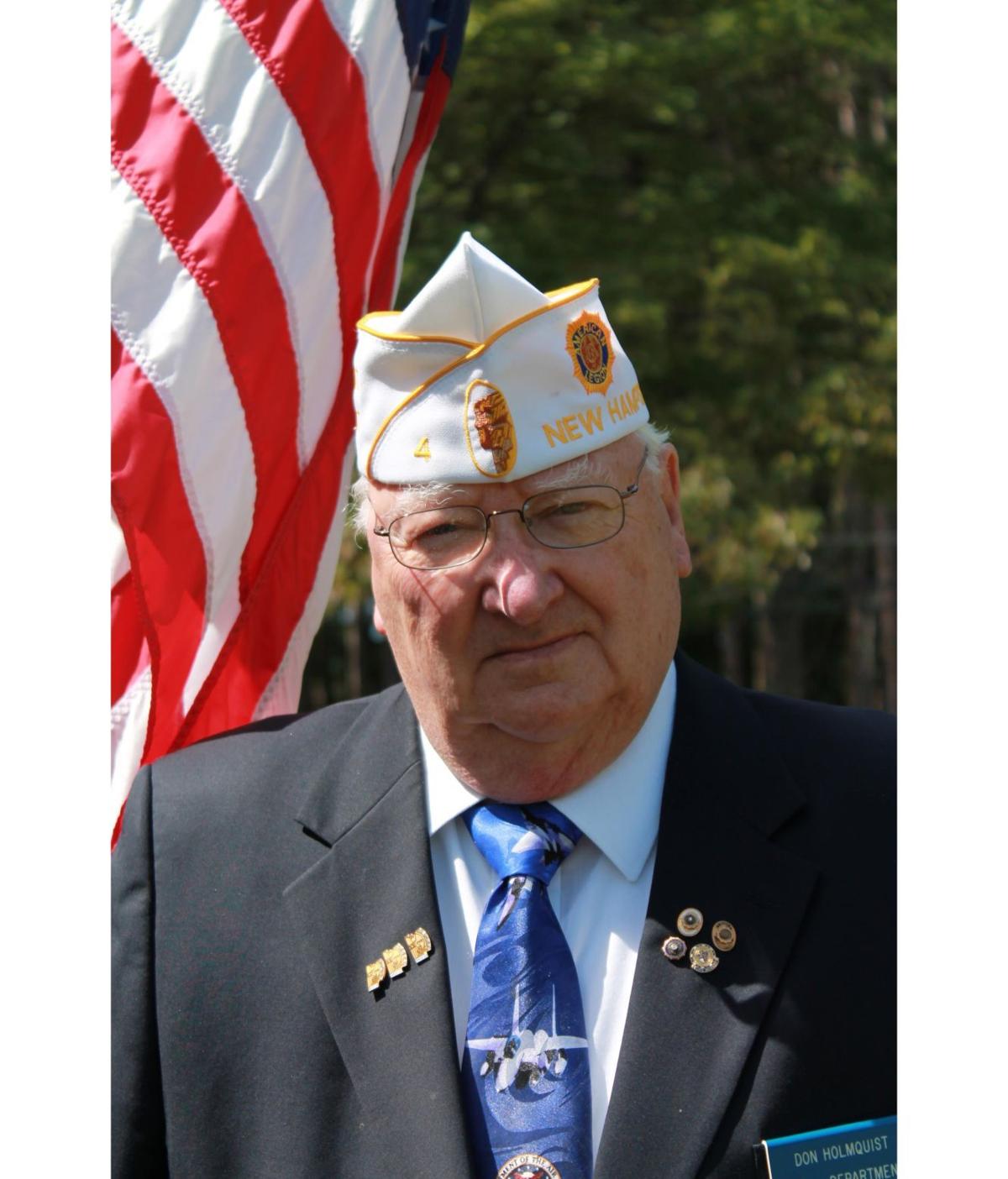 Donald Ivan Holmquist, 91, a longtime resident of Keene, will be greatly missed by many in the community with his passing on Wednesday, March 10, 2021, at the Alpine Westwood Center in Keene.

His parents, Ivar and Leone (Williams) Holmquist, welcomed their son into the world on Nov. 19, 1929, in Hartford, Conn. He grew up in Brattleboro and attended Brattleboro High School. Don was a lifelong learner and took many additional classes on his path.

Don proudly served his country in the U.S. Air Force from 1948 to 1969, holding the rank of MSgt at his retirement. His most notable assignments were as Inspector of Personnel and Administration, Presidential Wing Special Missions, 1955 to 1961, and his attachment to the U.S. Embassy in the Netherlands, 1961 to 1964. He served with Air Defense Command in Colorado Springs, Colo., and with the Strategic Air Command in Long Island, N.Y.

In 1969 Don joined the Keene Post Office as a distribution clerk. He then served as postmaster in Munsonville, Dublin, and Hinsdale, retiring in 1990.

He continued his connection with the Military in many ways. He served as Department Adjutant for the New Hampshire State American Legion organization from 1994-99 and again from 2008-09. He was an Honorary Life Member of Keene Gordon Bissell American Legion Post No. 4 and served as Post Commander, 2006 and 2007, as well as past Finance Officer and Adjutant. As a member of the Keene Post No. 4 Color Guard for 29 years, he participated in military ceremonies, parades and events statewide. Donald was proud of his membership in the ANAFVINCUS.

He was a member of the N.H. Legion Senior Baseball Tournament committee for 16 years.

He was predeceased by his first wife of 53 years, Arlene Retz Holmquist, in 2004.

He is survived by his wife of 16 years, Marilyn J. (Millett) Holmquist of Keene; his daughters: Jodie E. Holmquist (Phil Ailes) and Sonja L Bispo (Richard); his stepchildren: John Pratt (Aila); Stephen Pratt (Joan); and Naomi Smith (Brian); and their respective families; his grandchildren: Matthew Meyer (Patricia) and Jacob Friend (Jasmine Nightingale); and his great-granddaughter, Iris Friend. He is also survived by his step-grandchildren: Carie Kowalski (Edward) and Jason Ailes (Lori); and their respective families. Mr. Holmquist is also survived by his sister, Joyce Fogleman.

A celebration of Don’s life will be held on Sunday, April 25, 2021, from 1 to 3 p.m. in the Foley Funeral Home, 49 Court St., Keene. Words of remembrance will be offered at 2:30 p.m. at the funeral home. A graveside service with full military honors will be held on Monday, April 26, 2021, at 11 a.m. in the N.H. State Veterans Cemetery, 110 Daniel Webster Highway, Boscawen. All those in attendance at the celebration of life and graveside service are required to wear facemasks and to maintain the physical distancing requirements.

In lieu of flowers, donations may be made in Mr. Holmquist’s memory to the Children and Veterans Foundation Fund, c/o National Commander, P.O. Box 1055, Indianapolis IN 46206.

To offer online condolences to the family or to share special memories, please visit www.foleyfuneralhome.com.