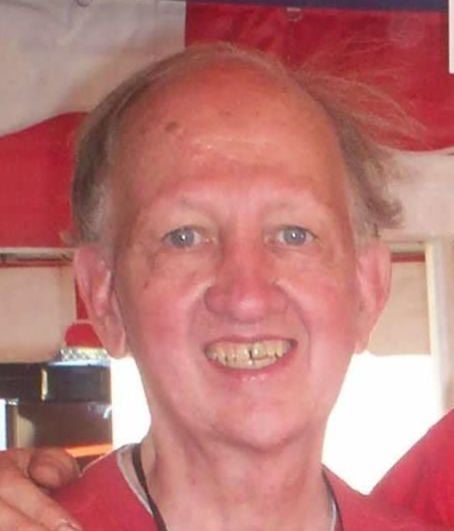 David F. Bemis, 81, a lifetime resident of Keene, died peacefully on Tuesday, Oct. 27, 2020, after a brief period of declining health in the comfort of his home with his loving family surrounding him.

David was born the son of the late Bessie and Donald Bemis on Aug. 31, 1939, in Keene. He was educated locally and graduated from Keene High School with the class of 1958. Soon after high school he enlisted in the U.S. Air Force and was stationed in Westhampton Beach, N.Y. He served his country during the Vietnam War and was honorably discharged on Oct. 5, 1962, after four years of service at the rank of Airman Second Class, A2C-E5.

He worked at Timkin/MPB in Keene for 10 years before his retirement in 2001 as a quality assurance technician. Prior to that, he had worked at Kollmorgan Co. in Northampton, Mass., for 10 years in a similar role, as well as Kingsbury Co. in Keene for two years and American Optical in Keene for 25 years.

He was a longtime member of the Grace United Methodist Church in Keene before they closed. Time was spent traveling various parts of the United States and he spent much time camping with his family in the great outdoors. He was a longtime member of two men’s barbershop choral groups, including the Keene Cheshiremen and the New England Barnstormers. Dave was a 50-year member of the Keene Masonic Lodge 525. He also gave freely of his time to volunteer with Cheshire Medical Center and Hospice & Community Services in Keene.

David is survived by his children: Lorri Schneider and her husband, Michael, of Hampton Bays, N.Y.; Allan Bemis and his wife, Nicole, of Keene; Holly Preiato, her husband, Brian, and their daughter, Haleigh, of Hampton Bays, N.Y.; and Keith Bemis of Keene. He is also survived by his sister, Marilyn McKeage, of Concord. In addition, he leaves cousins, nieces, nephews, extended family and friends. David is predeceased by his siblings: James Bemis, John Bemis, Donald Bemis Jr., Randal Bemis, George Bemis, Lawrence Bemis and Eleanor Bemis.

In keeping with David’s wishes, there will be no calling hours. A private graveside service with immediate family and military honors will be held in the family lot at the Monadnock View Cemetery, Park Avenue, Keene on Saturday, Nov. 14, 2020, at 11 a.m. In lieu of flowers, the family would prefer donations be made in memory of David F. Bemis to: Home Healthcare, Hospice & Community Services, 312 Marlboro St., Keene NH 03431. All services are under the care of Cheshire Family Funeral Chapel and Crematories, 44 Maple Ave., Keene NH 03431.