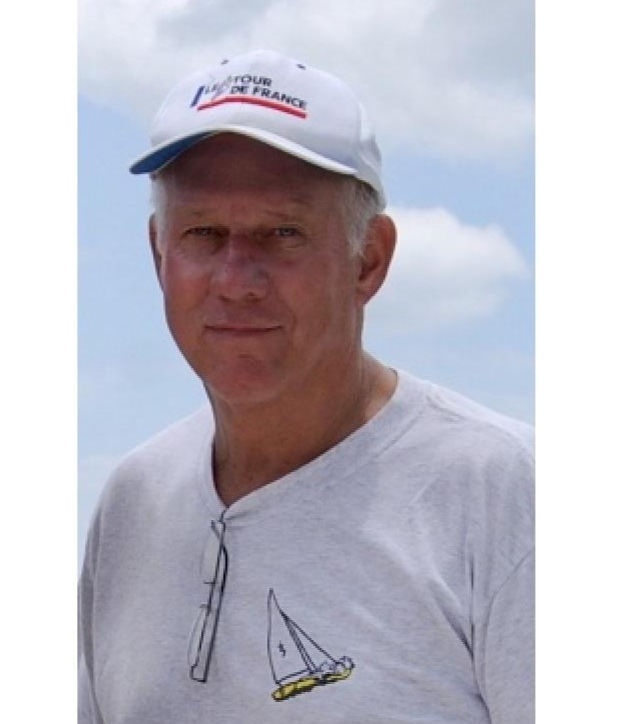 Though Kip was always moving in the air, on land and on the water, in helicopters, cars and boats, he was grounded by his love and commitment to his wife of 26 years, Ruth Hamblet.

Kip was born the second of three children in Keene on Jan. 18, 1948, to Fred and Sophie Krupa Hamblet. He began sailing Lightnings with his family and later competed in countless races including a few world championships, winning titles in 1991 and 2003. His wide network of friends included many members of the International Lightning Class Association, of which he was an active member throughout his life. He spent many days entertaining family and friends on his Mako powerboat “KEEPAH” at his family home on Marco Island, Fla.

After graduating from Keene High School in 1967, Kip enlisted in the Army so he could fly. He was a Chief Warrant Officer and served in Vietnam, with one year active duty. He was appointed Aircraft Commander following six weeks of combat experience as a helicopter co-pilot. He received the Distinguished Flying Cross, Army Commendation Medal and Air Medals with Valor. Upon completion of his tour of duty, he was a tactical helicopter flight instructor at Fort Stewart, Ga., and was a ground school instructor at Hunter Army Airfield in Savannah, Ga., until his discharge in 1971.

Kip subsequently earned a bachelor’s degree in business from University of Massachusetts. He then worked numerous jobs both domestically and abroad, doing everything from flying helicopters to working in construction and insurance, even earning Top Salesman of the Year from Provident Mutual Insurance Company. In 1992, he decided to pursue his passion for cars — he especially loved his 1974 Yellow Pantera — and purchased an AAMCO Transmission franchise in Longwood, Fla.

Kip met the love of his life, Ruth Hamblet, while sailing. They married in 1994. His love for her, which he shared often and proudly with the world, was truly unmatched.

Though he never had children of his own, Kip gained two stepchildren, Gib and Allyson Palmer, through his marriage and, through them, seven grandchildren. He was a beloved member of the family, and his endless support, gratitude, and pride for his grandchildren was rivaled only by their love and respect for him.

Kip was a kind soul, honest, straightforward and selfless. He made the good times better and was a friend to everyone. It was an honor to know him and consider him a friend. He will be missed by many.

He is survived by the love of his life and wife of 26 years, Ruth Hamblet; his sister, Gail Hamblet, of Keene; his nephew, Christopher Hamblet, of Keene; his niece, Caitlin Whitehead, of Framingham, Mass.; and Lisa Stevens of Exeter; his stepson, Gib Palmer (Helen), of Milton, Ga.; stepdaughter, Allyson Palmer Stoops (Patrick), of Mill Valley, Calif.; and seven grandchildren.

In lieu of flowers, the family suggests contributions to the Lightning Class Limbaugh Fund to support education, training and the promotion of Junior sailing (www.lightningclass.org, donations tab).