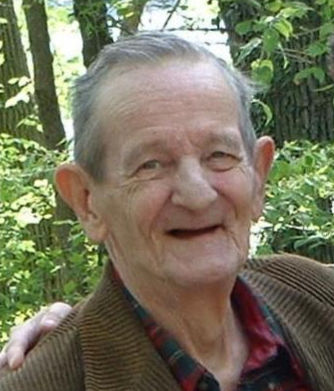 Charles J. Davis of Arlington, Va., age 97, passed away peacefully in the early morning hours of May 28, 2020, with his eldest son, Michael, at his side. His son Andrew and daughter Carla were present via phone line. “Charlie,” or “Chuck,” died of natural causes.

He was born on Aug. 25, 1922, in Pittsburgh, Pa., to Charles Davis and Marie (Schick) Davis. Charlie’s life was strongly shaped by his father’s career as a captain in the U.S. Marine Corps. He attended grade school in Managua, Nicaragua, and high school at the Shanghai American School in pre-revolutionary China. He was an Eagle Scout. He went on to attend the U.S. Military Academy at West Point, N.Y. His class graduated one year early in 1944 so they could participate in the closing phase of World War II in the Pacific theater. He spent his career as an officer in the Army Corps of Engineers, achieving the rank of lieutenant colonel.

In 1952, he married Dorothy Hope Harris. Together they raised three children, Michael, Andrew and Carla, while serving in Puerto Rico, Kansas, Washington, D.C., San Diego, Kentucky and Virginia. His San Diego posting consisted of a year of living without his family on Johnson Atoll in the middle of the Pacific Ocean.

He became an analyst in the field of operations research and spent a number of years at the Pentagon helping marshal in the age of the computer, and was awarded the Legion of Merit for his service. After retirement from both active duty and civilian work for the military, Charlie entered the Civil Service and worked for the Department of Health, Education and Welfare in Rockville, Md. He fully retired from government service in 1973.

In his retirement, Charlie had many adventures trying to find a vocation where he could engage in some form of service to others. He read books for the seeing-impaired, taught college courses to prisoners, and was an instructor at Strayer College in Washington, D.C., and Washington-area field faculty for Goddard College in Plainfield, Vt.

Starting with his scouting days as a child, Charlie was always deeply engaged with nature. Hiking, camping and canoeing were part of his fundamental outlook. He passed this love of the outdoors to his children on the Outer Banks of North Carolina and camping in the Appalachians. Charlie was also a true do-it-yourselfer. His engineering mind led to many a book shelf, tree house, refinished piece of furniture and home repair. We also remember his strong singing voice, harmonica and ukulele playing.

After the death of his wife, Dorothy, in 1979, Charlie moved to the country, setting up a rustic cabin life in both East Acworth, and Wirtz, Va. He served as town librarian for Acworth, served as a volunteer for N.H. Public Radio and did his best to assist friends and acquaintances facing challenges along life’s way. He came to be known as a unique character with the courage to be himself, regardless of the judgement of others.

In 2002, Charlie returned to the Washington, D.C., area and enjoyed many visits from his children and grandchildren over the years.

He is survived by his sister, Dorothy Leonard, of Mariposa, Calif.; three children: Michael, of Arlington, Va.; Andrew, of Brattleboro; and Carla, of New York City; four grandchildren: Arthur, Emma, Alex and Ava; and numerous cousins, nieces and nephews.

Charlie’s life will be celebrated with an event in the future when travel and gatherings are more practical. His ashes will be buried at Arlington National Cemetery in recognition of his many years of service to his nation.