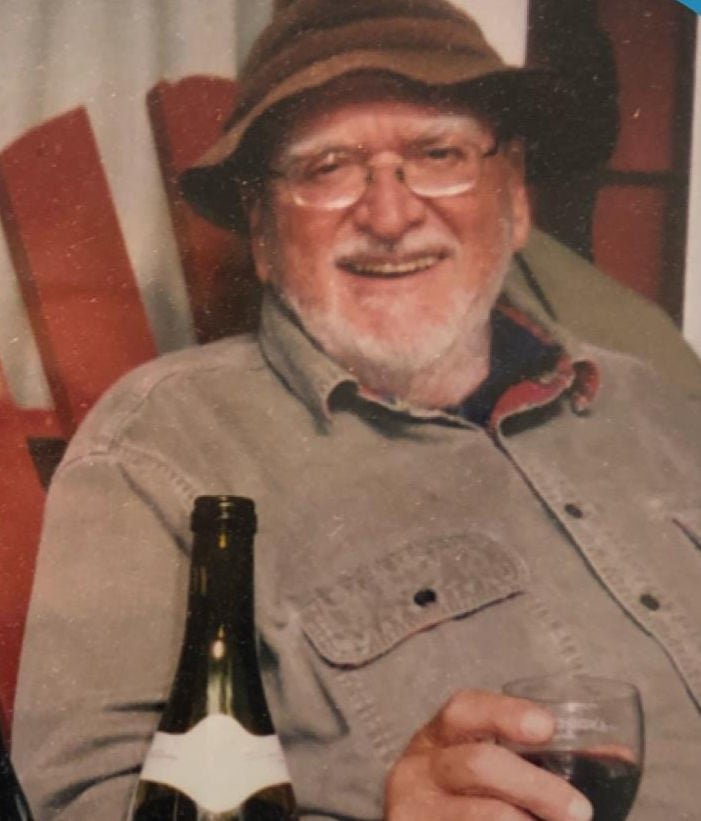 Mr. Charles Allyson DeGrandpre, a native of Jaffrey, and longtime member of the Manchester, and then Portsmouth, communities, passed away in his sleep on Feb. 12, 2020, in his winter home in Tarpon Springs, Fla. He had been living independently and continuing to work right up until December 2019. He was 83.

Charlie was born July 7, 1936, in Manchester, to Andrea (L’Etoile) and Arthur DeGrandpre. He was raised in Jaffrey, with his older brother, Gerald, and sisters Collette and Andrea (Mitzie). Charlie grew up during the wake of the Great Depression, but his father was fortunate enough to maintain steady employment at the W.W. Cross Shoe Tack factory in Jaffrey, so the family had things a little better than some. Hard work and the importance of a good education was strongly encouraged in the DeGrandpre household, and all four children went on to develop successful careers in banking, law, nursing and education.

The DeGrandpre family was Catholic, and Charlie had extremely fond memories of his altar boy years. His priest, Father Frank, became a real mentor to Charlie by introducing him to educational field trips and secular stories of his travels. Charlie spoke so appreciatively of Father Frank for the rest of his life, crediting him with opening up a whole world of potential opportunities to him.

In 1954, Charlie went off to college at Clark University in Worcester, Mass., on a full scholarship, where he received his Bachelor of Arts with honors in history in 1958. He was then accepted to the University of Michigan School of Law, and received his Juris Doctor in 1961. He was admitted to practice before the Supreme Court of New Hampshire in 1961, the U.S. District Court for the District of New Hampshire in 1964, the U.S. District Court of Appeals for the First circuit in 1968 and the U.S. Supreme Court in 1969.

While attending Clark University, Charlie met his future wife, Helga Moe. In 1961 they married and moved to Manchester, where Charlie began his legal career with the McLane, Graf, Raulerson and Middleton Law Firm of Manchester.

In 1968, Charlie was accepted as a senior partner in the McLane firm. In the same year, Charlie and Helga adopted their first baby, Sarah; then in 1970 a second child, David. 1968 was also the year Charlie started a long-running quarterly column entitled “Lex Loci” for the New Hampshire Bar Journal. Charlie was the author of a legal treatise entitled “Wills, Trusts and Gifts,” and was co-author of a three-volume treatise on New Hampshire probate law entitled “New Hampshire Probate Law and Procedure.”

Charlie’s first marriage ended, and he moved back to Manchester in 1978 where two years later he married his second wife, Patricia Fielding. She had two children from a prior marriage, Lizabeth and Peter Fielding. Over the years, Lizabeth (Fielding) Giordano, became a close daughter to Charlie as well.

Later, Charlie met and eventually married Marcia Makris of Bath, Maine, with whom he shared the last 17 years, until her death in 2018. Marcia had a Ph.D. in education and loved to learn and travel with Charlie. The two would read poetry, walk on the beach, compete over the New York Times crossword puzzles and, to Charlie’s sheer delight, Marcia became his one and only formidable enemy at Scrabble whom he tirelessly tried to beat! Many of us would say he found his soulmate in Marcia.

Charlie was a man who lived life to the fullest and mentored his family and friends to do the same. He loved gardening, hiking, travel, reading, opera, card games, crosswords, poetry, art, woodworking, competing in ... anything ... and experiencing anything new or exotic. Charlie did have one true love, however. Fishing. To say that Charlie loved fly fishing would be a monumental understatement. Fishing was the one thing woven intricately throughout his entire life, from growing up fishing for hornpout with his father on Cheshire Pond, to teaching his own nephews and children to fish at his camp on Gilmore Pond; from his yearly legal partners’ fishing trip for landlocked salmon in Forrest City, Canada, to bonefishing in Belize and South Carolina, and salmon fishing in Norway, Ireland or Alaska with close friends and family. He spent countless hours fishing alone as well, or with Bob Sullivan, his closest friend, just casting off the beach at his home in Portsmouth. Charlie was a student of life, a respected attorney, a loyal friend, a teacher, a writer, a leader, a mentor, a tenacious social advocate, a lifelong fisherman, a ruthless master of Monopoly, an amazing family organizer and a devoted father. He touched and inspired so many people in his lifetime, and he will so deeply be missed.

Charlie is survived by his two sisters, Andrea and Collette DeGrandpre, of Cypress, Calif.; his three children, Sarah Nargi, David DeGrandpre and Libby Giordano; and 10 grandchildren.

In lieu of flowers, please consider a memorial donation to one of the charities that meant so much to Charlie: Make a Wish Foundation, 66 Hanover St., Manchester NH 03101 (nh.wish.org); Waypoint, Child and Family Services of NH, Chestnut St., Manchester NH 03105 (waypointnh.org); or Black Heritage Trail of N.H., 222 Court St. Portsmouth NH (blackheritagetrailnh.org).