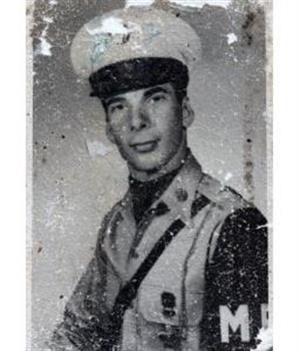 His parents, Deliverance and Grace (Bowen) Wheeler, welcomed their son into the world on June 6, 1940, in Readsboro, Vt. He grew up in Readsboro, moving to Keene as a young adult.

He worked as a machinist for MPB for several years and for 30 years with the Kingsbury Corporation in Keene. When not hard at work, Carl enjoyed fishing, gardening, listening to country music, and watching Westerns and World War II movies. He planted and tended to large gardens of fresh vegetables, berries and flowers with his brothers in Vermont every summer and collected sap to make maple syrup every spring. He was a very simple man who truly enjoyed his time with his family, especially when they all gathered together at the annual family reunions in Readsboro. He was fondly known as a “man of few words,” and had the biggest heart, warmest smile and a great sense of humor.

Carl is survived by his two daughters: Michele L. Cavanaugh and her husband, Patrick, of Swanzey; and Dawn M. Hill and her husband, Tim, of Swanzey; his grandchildren: Aidan Cavanaugh, whom he fondly called “the boy,” of Swanzey; Melissa Ellis and her husband, Kody, of Keene; and Thomas Phillips of Keene; his great-grandchildren: Rosalynne, Ariella, Zayden and Saphyre; a brother, Donald Wheeler, of Readsboro, Vt.; and many cousins, nieces, nephews and extended family members. He was predeceased by his wife of 49 years, Sandra A. (Davis) Wheeler, in 2016; two brothers, Dale and Wayne; and a sister, Iona Choquette.

Services and a celebration of life for Carl will be held privately by the family.

For those who wish, donations may be made in Mr. Wheeler’s memory to the Alzheimer’s Association Massachusetts and New Hampshire Chapter, 309 Waverly Oaks Road, Waltham MA 02452; or to the Monadnock Humane Society, 101 West Swanzey Road, Swanzey NH 03446.