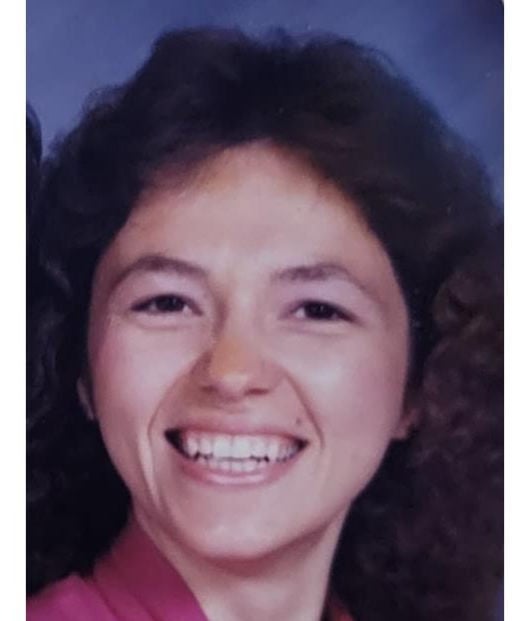 Bernadette L. “Bernie” (Barrup) Sodders, 60, of Alstead, passed away recently in the comfort of her own home surrounded by her family after a hard fight against pancreatic cancer.

Bernadette, known as “Bernie,” “Mom” or “Me-Ma” to those who loved her, was born in Newport, Vt., the first of seven children of Everett Barrup, a dairy farmer, and his wife, Denise (Jacques) Barrup, a woman-of-all-trades originally from Quebec, Canada. Bernie’s three younger brothers, Eddie, Nelson and Robin, were followed by three sisters, Laurie, Christy and Monica. Bernie was a second mother to her siblings and made sure that no matter how little money or food might be in the house there was no lack of love.

Bernie met the first love of her life, Robert “Bob” Sodders Jr., at work in northern Vermont. They met on a Monday, “went-out” the following Friday, moved in together over the weekend, and built a life and a marriage together for the next 40 years. Two sons, Steven and Vincent, were born to them early in their relationship. Then, simultaneously, a disabling illness struck Bob and terminal cancer struck Bernie’s mom. Bernie stepped up to take care of her terminally ill mother, disabled husband, two young sons, her youngest sisters and, eventually, some of Bob’s nephews. After Bob and Bernie settled in Alstead they welcomed a third son, Sean, and their only daughter, Sabrina.

Despite these hardships and the challenges of raising four children, Bernie earned her bachelor’s degree after supporting Bob in earning his own. She went from working three jobs to becoming payroll director for hundreds of workers across the country. Throughout her career she worked hard but, above all, tried to be a manager who was a caretaker for her workers.

For years, Bernie and Bob planned the building of their dream home. Together, with the help of Bob’s mother, Marie, his sister, Pamela, and Bernie’s brothers and sisters, as well as their own children and friends, this dream was realized on a hilltop in Alstead. The family house has since become the site of many full Thanksgivings, large family gatherings and memories.

In the final chapter of Bernie’s life, her beloved husband, Bob, passed away and she was blessed with another love, Daryl Bellinger. Though their time was cut tragically short they built memories for a lifetime. Daryl’s steadfast and loving care enriched her life until the end.

Bernie was an inspiration to and beloved by many. She was a seamstress and a world-class home cook, her creations made and filled with love. She reworked her old wedding dress into an entirely new creation for her niece’s wedding. Her exquisite cakes, heavenly cinnamon rolls, delicious soups and incomparable lasagna warmed innumerable family meals and holiday gatherings. She was fond of her flower garden, lighthouses, hummingbirds, wind chimes and dragonflies. She was deeply kind and instinctively generous. She was our irreplaceable bedrock.

Bernie is survived by her partner, Daryl; and her children: Sabrina and her wife, Danielle; Sean; Vincent and his wife, Emily; and Steven and his wife, Jules; four grandchildren, six siblings and their spouses, especially her brothers-in-law Stevie Nichols and Chris Glodgett, and numerous nieces, nephews, friends and co-workers.

A celebration of life will be held at Hope Chapel, 667 Main St., Keene, on Saturday, Nov. 27, 2021, at 2 p.m. In lieu of flowers please donate to your local food bank or to anybody in need. All services are under the care of Cheshire Family Funeral Chapel and Crematories, 44 Maple Ave., Keene NH 03431 (www.cheshirefamilyfh.com).