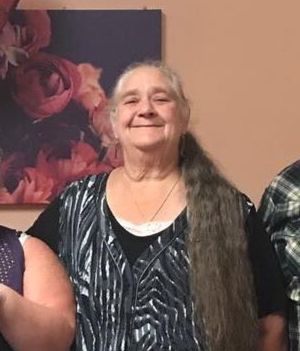 A piece of our hearts left us with the passing of April R. Mann on March 2, 2020. April passed in the comfort of her home with her loving daughter, Liberty, and loyal feline companion, Victor, by her side.

April was born April 1, 1957, in Quenemo, Kansas, to Kenneth and Barbara (Meeks) Mann. She moved to the Monadnock Region as a young child, where she attended Keene schools.

She was an independent spirit, finding joy in being a nanny for a family in Boston, tending flowers for a florist in Keene, working with Chesco Inc., and by nurturing relationships with her dear friends. She took great pleasure in her adventures, like hitchhiking to New York City to a disarmament rally with her bestie, and traveling cross-country on a train, where she lived for a short time in the Northwest.

She was a huge Janis Joplin fan and even though she didn’t have a Mercedez Benz and “Dialing for Dollars” never called, her life was rich with the love of her friends.

She leaves behind her loving daughter, Liberty Builes (Poitras) and her husband, Jonathan, of Revere Mass.; a brother, Michael Mann, and his wife, Conny, in Germany. She also leaves behind her longtime soulmate and Liberty’s father, Oscar Poitras; as well as her nieces and many extended family members, including Alicia Luce, Kate McNally, Maggie Greenlee and Lael Oldmixon. She is predeceased by her parents and former husband, Russell Richmond.

You may honor April’s memory by throwing back your head and singing “Angel from Montgomery,” “Me and Bobby McGee” or any favorite Janis Joplin tune.

April would love for you to think of her when you are in a garden. Picture fairies dancing with her and her beautiful long blonde hair among the flowers.

You can make a donation to the Monadnock Humane Society in her name to honor the many furry friends April has loved throughout the years.

There are no calling hours. (April hated funerals, especially the thought of her own!) A celebration of life will be announced at a later date. All services are under the care of Cheshire Family Funeral Chapel and Crematories, 44 Maple Ave., Keene NH 03431 (www.cheshirefamilyfh.com)