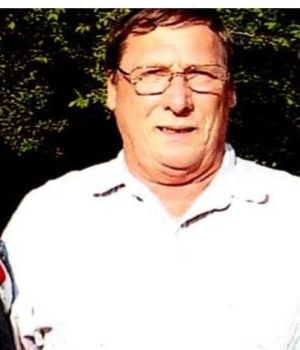 Andrew J. “Andy” Perham, 70, of Fitzwilliam, and formerly a longtime resident of Troy, died on Friday, Oct. 1, 2021, at Cheshire Dartmouth-Hitchcock Medical Center in Keene. He passed peacefully while sleeping after a period of declining health.

Andrew was born the son of the late Corrine (Houghton) and Lawrence Perham on Feb. 4, 1951, in Keene. He was educated locally and graduated from Marlborough High School with his GED.

Andy was a patriot. He enlisted in the U.S. Army on Nov. 8, 1971, during the Vietnam War. He served as an infantryman and was the recipient of the National Defense Service Medal. Andy was discharged honorably on Feb. 5, 1973, at the rank of Specialist E-4.

On July 29, 1980, he exchanged vows with Diane K. McIlvain at the Trinitarian Church in Troy. They were married with family and friends in attendance and have been married for 41 years.

Years after his military service Andy went on in his studies at the Oklahoma Horse Shoe and Ferrier School, graduating in 1988. He worked for eight years at Teleflex Medical in Jaffrey as a machine operator until his retirement in 2010. Prior, Andy owned and operated the Andy Perham Ferrier Service in Troy for 12 years.

Andy enjoyed competitive shooting, hunting and fishing. He was a longtime member of the NRA.

In keeping with Andy’s wishes there are no calling hours. Military honors will be held at the family lot in Mountain View Cemetery, Old Homestead Highway, Route 32 South, Swanzey, on Saturday, Oct. 16, 2021, at 11:30 a.m. Burial will take place later. All services are under the care of Cheshire Family Funeral Chapel and Crematories, 46 South Winchester St., Swanzey NH 03446 (www.cheshirefamilyfh.com).