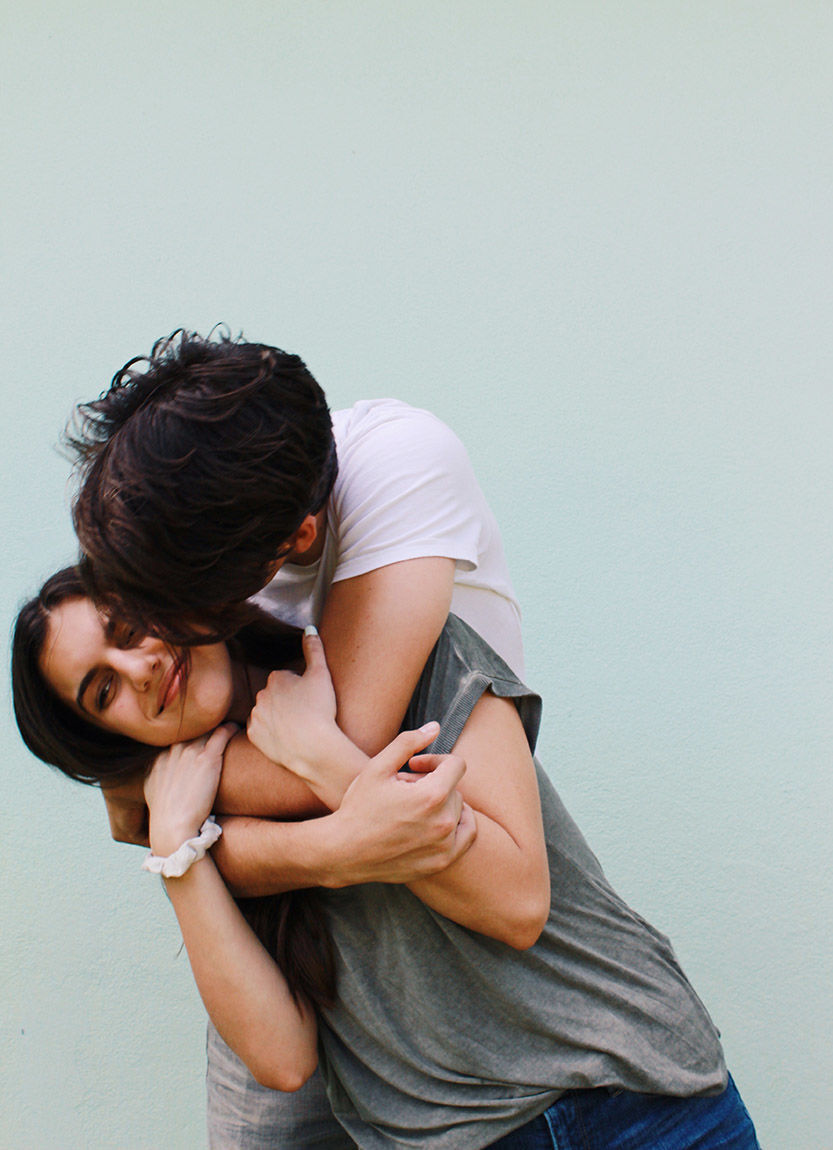 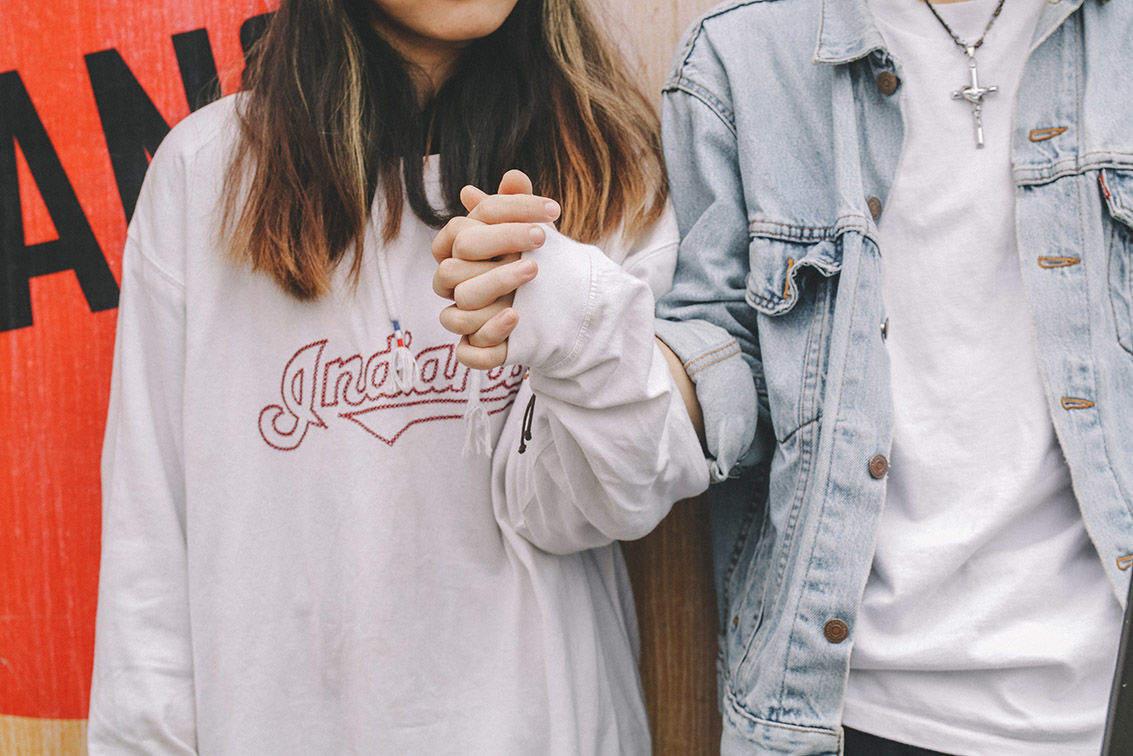 The mask rested atop the clutter of my teenage son’s bedroom bureau. Decorated with a spray of lilac-colored flowers, it stood out among the dusty baseball trophies, old school photos and other assorted mementos from his childhood. I tried to sound nonchalant when I asked him whose it was. Dismissively, he said he didn’t know, as a smile escaped the corners of his mouth.

It appears that young flirtations are impervious to global health crises. In fact, teens cooped up at home with endless unstructured time may be more apt to explore romantic relationships. And parents, working remotely or unemployed because of the pandemic, are more likely to witness — or at least be aware of — their teens’ romances. It’s unclear whether all this togetherness has made it easier for parents and teens to have constructive conversations around the sensitive subject.

But this much is certain: Teens need open dialogue and support more than ever right now, as the pandemic has created new complexities around sexuality (think coronavirus risks) while posing barriers to reliable sources of education and protection.

With many schools on virtual or hybrid schedules, teens have less-than-normal access to school-based sex education and on-campus health centers, some of which provide birth control and related reproductive information and services, such as STD screenings. Also, parents may be less inclined to schedule wellness checks for their adolescent children during the pandemic. Given these gaps in access to trusted resources, it’s important that parents initiate conversations with their teens about sexual behavior and its implications.

Making these conversations more complicated is the reality that not all parents share the same attitudes about pandemic-related social restrictions. Some parents report allowing their teens to communicate with romantic interests only by phone or during socially distanced meetings outdoors. Others take a more permissive stance.

During the pandemic, Rob, an Australia-based father of an 18-year-old who spoke on the condition that only his first name be used, has let his daughter spend the night at the home of her boyfriend’s parents. Daniel Carter of Ontario, Calif., says he and his wife allowed their 17-year-old son to visit his girlfriend only after talking with him about coronavirus-related precautions and receiving validation from the girl’s parents that they were following similar safety protocols.

Such parent-initiated conversations aren’t always met with enthusiasm by teenagers, but they might provide a segue to the broader topic of sexuality.

“You know how to do it. But you may not know [that you know] it,” says Deborah Roffman, who has taught human sexuality education at the Park School of Baltimore since 1975.

Roffman says talking to our children about sexuality and safety isn’t any different from other conversations we’ve been having as parents for years. “We teach our children about risk reduction all the time,” says Roffman, author of “Talk to Me First.” She uses the example of teaching kids to cross the street safely; she notes that this includes ensuring they look right and left, observe the speed of a vehicle and prepare to stop if they’re feeling unsafe.

It’s common sense, she says. “But these really savvy and amazing parents, when it comes to this subject, lose their common sense,” Roffman says. She understands why.

“When we were growing up, this subject was associated with embarrassment, sometimes dread. All of that can surface when the tables are turned and we’re in the parenting role,” Roffman says. Perhaps that’s why many parents hope the task of educating their kids about sexuality will fall to someone else. And increasingly, it does.

Thirty-nine states and the District of Columbia require HIV education and/or sex education, according to the Guttmacher Institute. But the programs are not all created equally.

“Some [sex-education] programs require content on consent; some don’t. Some are inclusive of LGBTQ young people, and others are required by their state laws to either not discuss LGBTQ content at all or negatively discuss LGBTQ content,” said Brittany McBride, associate director of sex education at the D.C.-based Advocates for Youth.

Nevertheless, McBride is generally optimistic about the direction in which sex education is moving, noting that young people are pushing for sex education reflective of all families, sexual attractions and gender identities.

But, McBride says, the pandemic has stalled that momentum at a time when teens, facing long stretches of downtime, could use sex education the most. “Within the last six months, while schools try to figure out how to continue educating students in general, sex education has gone to the back burner,” McBride says.

Health providers voice similar concerns. Anne-Marie Amies Oelschlager, an adolescent gynecology specialist at Seattle Children’s Hospital, describes the positive effect of comprehensive sex-education curriculums, such as that in King County public schools in Washington, where sex education starts in elementary school with lessons around topics such as safe touch and it continues through high school.

“These types of programs have been shown to reduce teens’ number of sexual partners, delay the age of first sexual debut and are associated with lower pregnancy and [sexually transmitted infection] rates,” she says. In addition, she notes, King County high school students can access contraception and STI testing at on-site health suites.

But she’s worried about the pandemic’s impact.

“Things are topsy-turvy right now. Schools are closed. Students can’t access contraception as readily,” says Oelschlager, a fellow with the American College of Obstetricians and Gynecologists.

She also notes the plummet in routine pediatric wellness visits during the pandemic. “A lot of people have been avoiding routine check-ins with their health-care providers,” Oelschlager says. “As a result, adolescents are not getting to talk in private with a physician who’s going to ask them about their reproductive health and give them accurate advice.”

What’s more, many clinics that normally test for STIs have been asked to refrain from doing so during the pandemic, because they require the same testing platforms used to detect the coronavirus, Oelschlager says. This is worrisome, she says, because chlamydia rates are disproportionately high among sexually active adolescents, who frequently don’t develop symptoms until the infection’s later stages.

Worries notwithstanding, some people are observing upsides. “The pandemic has actually given us a giant opportunity that I’ve seen a lot of parents take advantage of,” says Elaine Taylor-Klaus, an Atlanta-based parenting coach and author of the new book “The Essential Guide to Raising Complex Kids.”

That opportunity, she says, stems from parents and teens spending copious amounts of time together. “We’re having important conversations that may be a little uncomfortable, that we haven’t had in the past,” Taylor-Klaus says.

For parents who still can’t bring themselves to initiate discussions about sexuality with their teens, the pandemic offers opportunities for an alternative: modeling healthy relationships. Oelschlager notes, “Kids are watching and seeing how parents express affection, how they resolve conflict.”

It sounds simple enough, but demonstrating affection or even routine courtesy after several months of togetherness may prove even more challenging than confronting teen romance. Then again, no one ever said being a parent was easy.