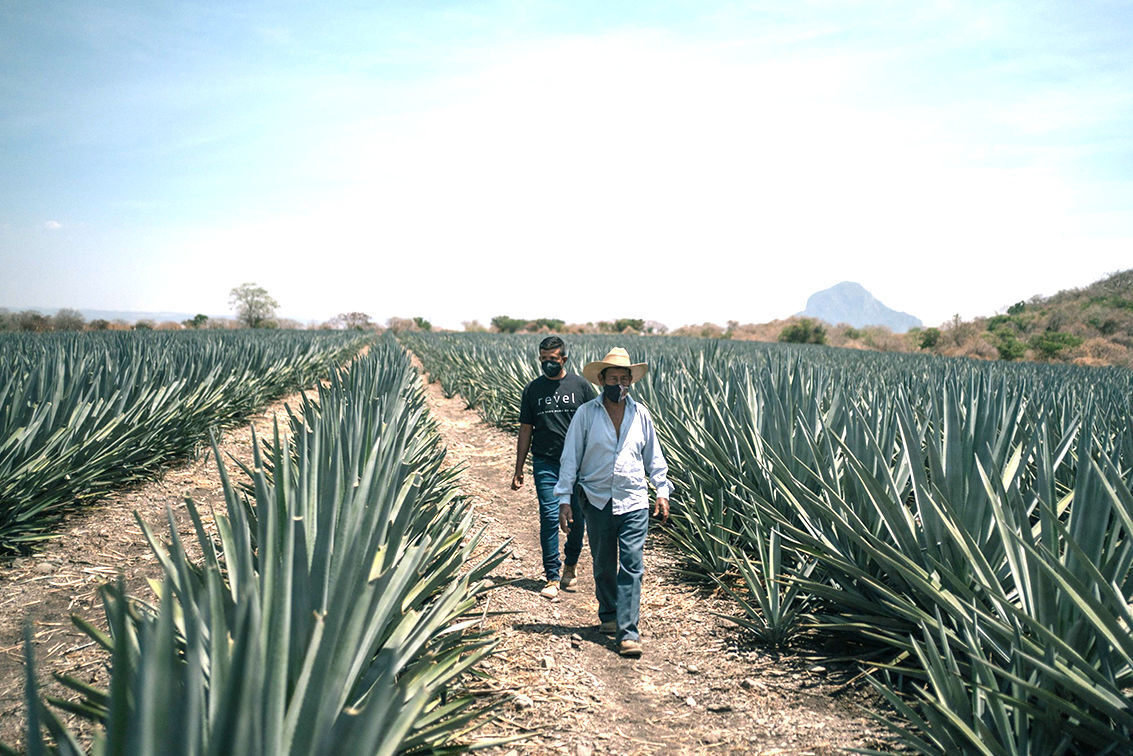 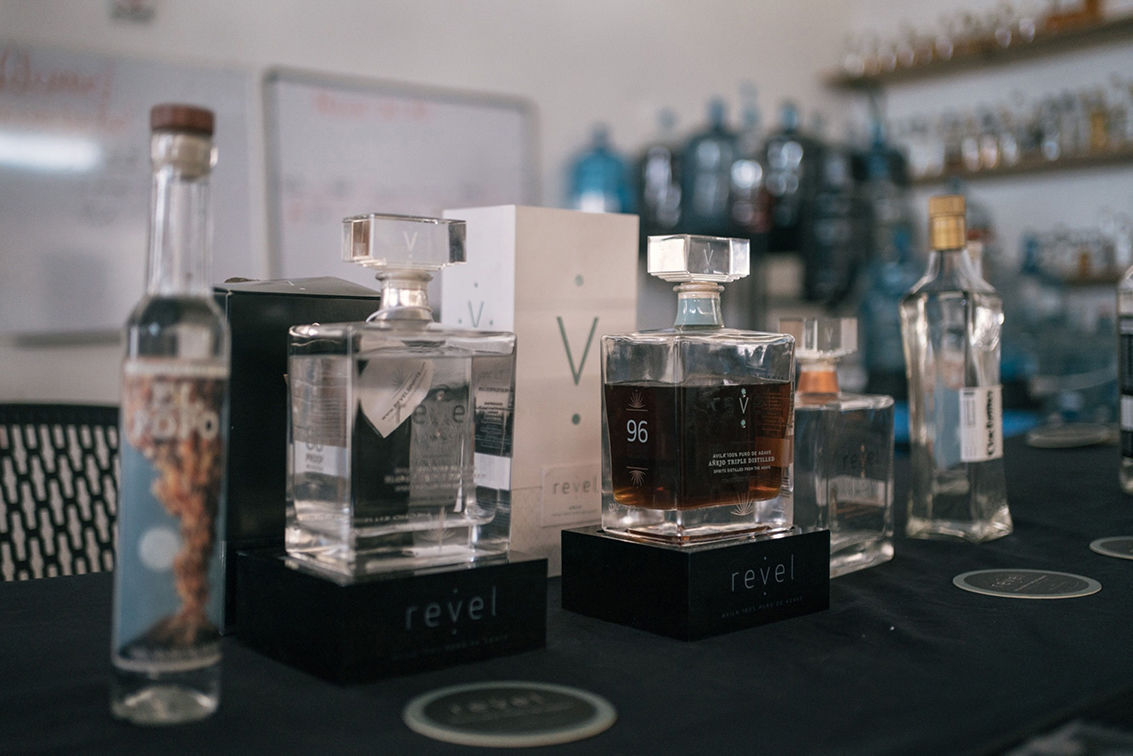 Bottles of Revel Spirits products rest on a display table at Hacienda Don Raul, one of the distilleries that provides avila to Revel Spirits, in Jonacatepec, Morelos, Mexico, on March 26, 2021. MUST CREDIT: Bloomberg photo by Luis Antonio Rojas.

Bottles of Revel Spirits products rest on a display table at Hacienda Don Raul, one of the distilleries that provides avila to Revel Spirits, in Jonacatepec, Morelos, Mexico, on March 26, 2021. MUST CREDIT: Bloomberg photo by Luis Antonio Rojas.

The U.S. has had a long love affair with distilled drinks made from agave. First came the tequila craze; then smoky mezcal was all the rage. Now entrepreneurs, eager to tap into the reopening of bars and restaurants across the U.S., are banking on a new drink they're calling avila.

Revel Spirts, Inc., a closely held company based in Los Angeles, has a simple concept: Take the same blue agave used in tequila, cultivate it in the state of Morelos and distill it using the artisanal method of slow-cooking over burning wood that produces smoky-accented mezcal.

But if Revel's secret recipe relies on two parts agave, one part heated rocks, it's also at least one part marketing. Only distilleries in a certain region of Mexico are allowed to call their product "tequila," just like Champagne can only be made in one part of France. Revel's operations are elsewhere, in central Morelos state.

So instead of selling just another mezcal, Revel's co-founders, Hector Ruiz and Micah McFarlane, who both grew up in Minnesota, simply created a new category to build a sense of mystique and novelty. The company is investing millions of dollars into the brand, marketing it with a celebrity credential and offering its most premium product, called "Añejo," for up to $170 a bottle in U.S. liquor stores.

"If I ask someone whether they want mezcal from Morelos, Oaxaca or Guerrero, obviously people are going to say Oaxaca or Guerrero, because those are the places with the longest history," said Juan Carlos Gordillo, Revel's director of operations in Mexico. "The Revel project's mission is to create a new category called avila." Ruiz, the co-founder, was born in Morelos.

The company, which sold its first bottle in 2017, hopes to raise $20 million in a C round of investment in the coming months. About 60 percent of that will go toward advertising and marketing, with the rest earmarked for building inventory of its avila products. The name is a tribute to Noe Avila, a master distiller who works at Hector Ruiz's family's distillery. It doesn't hurt to have Justin Hartley, a star in the popular "This is Us" streaming series, as an owner since May 2020.

As the pandemic shut down bars and clubs, Revel spent the fallow months selling its offering "Añejo," aged for 24 months in French oak barrels, through online alcohol purveyors like Reserve Bar and regular liquor stores.

"We're small and handcrafted, so we cannot beat up our product and try to sell it for $20," McFarlane said of the high price point. "We've worked too hard to deliver quality, natural farming and few pesticides."

In dry flatlands that sit among the hills of Morelos, avila harvesters shuck the slender, pointed leaves of the Blue Weber agave until only the pineapple-like heart is left. The hearts are roasted on a bed of rocks collected from a nearby volcano, then mashed into a juice and fermented. It's distilled up to three times, pushed through a filtration system, and left to age for up to 24 months for the Añejo in barrels. A tequila-like steaming system is used to cook other agave hearts, and most of the Revel drinks are a mix of alcohol made from two processes.

Worldwide, tequila and mezcal still have plenty of room to grow, making up only about 3 percent of the $491 billion spirits industry, according to Bloomberg Intelligence analyst Kenneth Shea. In North America, the main market for agave distillates, the share is larger at 11 percent, he said.

IWSR, a market analyst that follows alcoholic beverages, forecasts that mezcal volume in the US will grow more than 64 percent from 2019 to 2024, while tequila is expected to grow 36 percent.

"Consumers are looking for something different, something crafty, artisanal," Shea said. If the founders are "good brand marketers, they have a good chance at success."

In addition to its premium Añejo, Revel's portfolio includes a clear-colored "Blanco" which sells for $60, and the "Reposado" priced at $75 and aged for 12 months in American white oak barrels. A fourth product called "El Popo," named after the Popocatepetl volcano that lies about 15 miles northeast of the Revel distillery, is set to be launched in the U.S. in the second half of the year.

Agave takes anywhere from seven to 10 years to mature. The long process and huge demand have pushed up agave prices, BI's Shea says. "Demand is so strong producers can't seem to grow this fast enough," he said.

Revel says it's able to produce enough by mixing three kinds of agave. The company currently has access to 550 hectares that grows Blue Weber, Espadin and Criollo. The first is traditionally used by tequileros, while the other two are more commonly used by mezcaleros.

"We have enough agave until 2030," McFarlane said. "Every year we try to add hectares by buying from farmers' associations."

The rows of agave in the town of Jonacatepec are surrounded by emptied corn and cane fields amid low-slung mountains. The Popocatepetl volcano is off in the distance — its long plume seen rising in the sky when it's active. Planting agave is a long-term bet for area farmers, who make money selling small agave plants to other growers while waiting for their own to mature.

Small distillers from Morelos have long sought certification as both tequila and mezcal producers but were always rebuffed on both counts, said Andres Torres Acuña, the head of quality control for the Tequila Regulatory council. That's why Revel chose from the start to come up with a new name and category. Morelos has in the past tried to market refino, an agave alcohol that the revolutionary leader Emiliano Zapata, who hailed from the state, is said to have favored, but it never caught on.

"Every region has different qualities," Torres said. "If everyone tried to make a product that distinguished itself from ours, that would be fantastic."