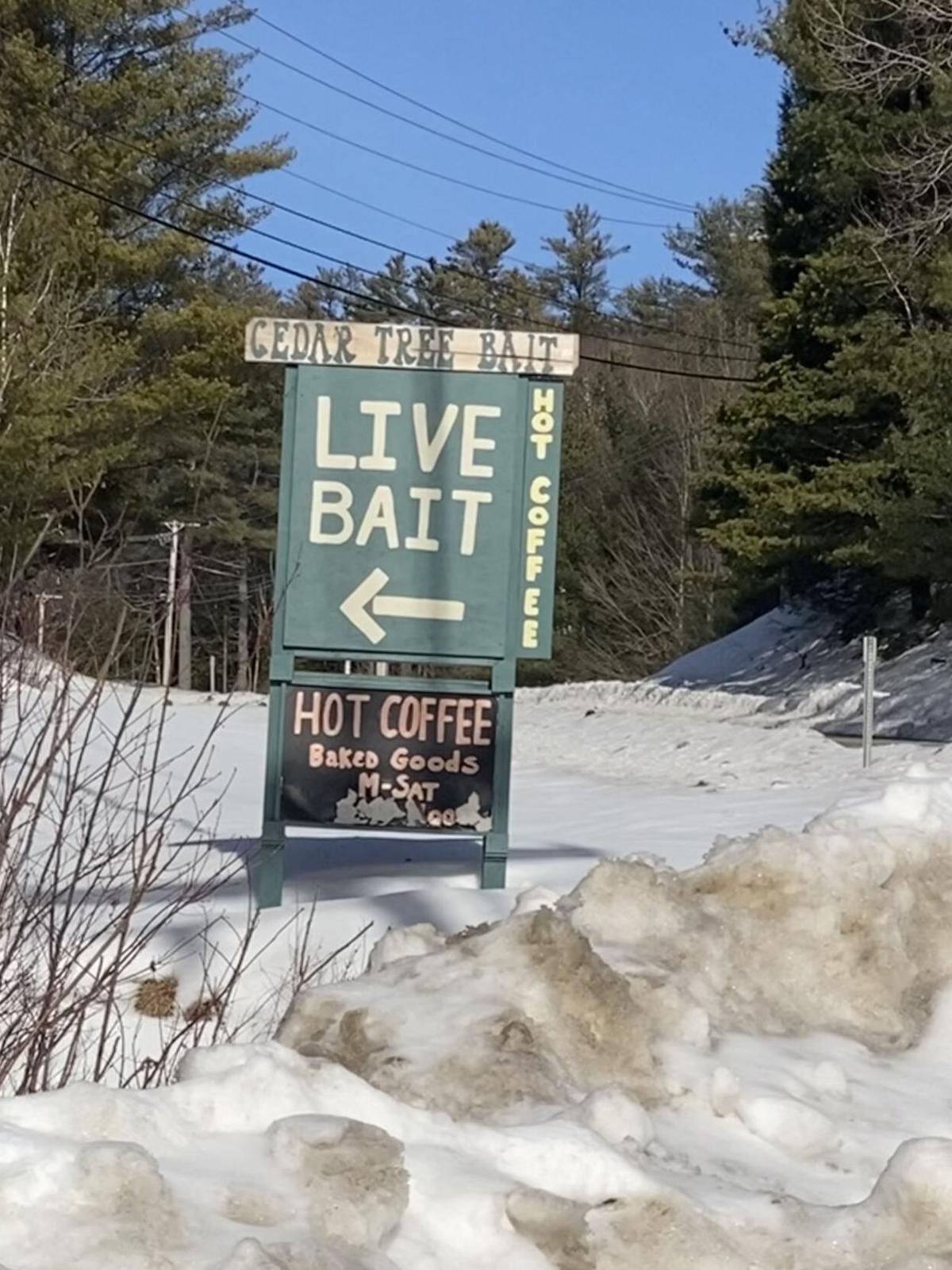 Confusion over the zoning of a Spring Street property in Gilsum has sparked a debate about whether a home-based bait shop can operate there. 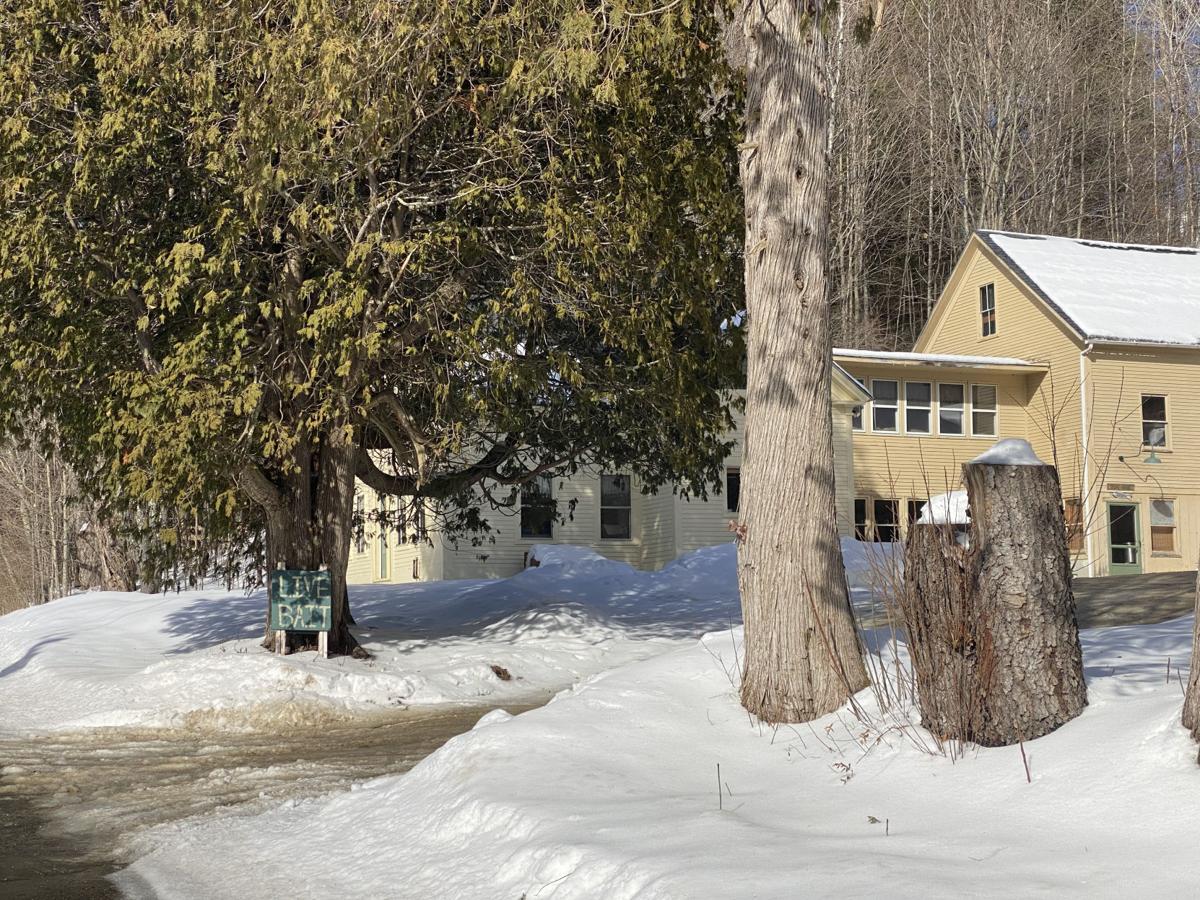 Confusion over the zoning of a Spring Street property in Gilsum has sparked a debate about whether a home-based bait shop can operate there.

GILSUM — Amid concerns that the tax cards for four Spring Street properties may have been improperly altered, the town’s planning board has voted to request an audit of zoning changes in Gilsum from 1995 on.

On Feb. 9, the planning board decided unanimously to ask that the selectboard bring in Avitar Associates, a Chichester-based appraisal firm, to perform the audit, according to meeting minutes.

“We wanted to understand what the zoning designations are along Spring Street,” Bart Cushing, a member of the planning board who serves as its secretary, said in an interview this past week. “What has been the history, [was there a] vote to change that zoning — which is the only way legally you can do it — and what dates were they changed if they did not go to a town vote?”

Days after the planning board agreed to request the audit, however, an Avitar employee said he had changed the zoning designations on the cards to correct what he thought was an error.

The information from Avitar has done little to soothe some members’ concerns.

“I was floored,” said planning board member Vicki Ayer, who said she still wants an audit. “We had been discussing this for so long — all of a sudden now, he wants to take ownership of it? It didn’t make any sense.”

Planning board members first discovered the zoning discrepancy after requesting tax cards for 15 Spring St. to check how the property was zoned. At the time, the board was reviewing a complaint about Cedar Tree Bait, which had been filed by Gilsum Town Clerk Robin Cantara and her husband, Steve, who live across the street.

According to Jan. 5 meeting minutes, Planning Board Chairman Craig Roach reported that it appears the zoning designation on this and the three other Spring Street properties had been changed from Highway District to Rural Residential. “No vote was located by the Town to authorize this change as required,” the minutes state.

According to New Hampshire law, the legislative body of a town — its voters — is authorized to amend zoning codes.

The board voted to request the audit at its meeting the next month.

But on Feb. 12, in an email to bait shop owner Heather Hurd, Avitar Assessing Supervisor and President of Mapping Chad Roberge said he had changed the zoning designations on the properties’ tax cards to Rural Residential because he didn’t think they met the criteria for being zoned Highway District.

“I do recall making a decision on changing the zoning we had listed on the cards on properties along Route 10,” he said in the email, explaining that Highway District properties in Gilsum are supposed to have direct access to Route 10.

“I have spoken to the chair of planning a few times and indicated I would change them to what ever planning deemed appropriate,” he added in the email. “According to my read of the zoning I did what I thought the intention of the zoning description indicated.”

In an email to The Sentinel Wednesday, Roberge reiterated that he did not formally change the zoning of the properties. Rather, he said, he saw something in the tax records he felt was inaccurate based on his understanding of the town’s zoning requirements and simply corrected the apparent error.

The confusion about the properties’ zoning has complicated a debate over whether or not a commercial operation is allowed on Spring Street.

Cedar Tree Bait, at 15 Spring St., is a home business, selling live bait and baked goods, Hurd said. She opened the business in January 2020 after purchasing the property in 2019. Shortly after opening, she said, she learned from Town Clerk Robin Cantara that she needed a permit for the business’ sign at Route 10 and Spring Street, and submitted an application for it.

After her permit was denied because the sign was too close to Route 10, Hurd said, she moved it back. The permit was approved in the spring, according to selectboard minutes.

But that wasn’t the end of the issue.

“During the time between [January] and May, I had continued to operate the bait shop with no contact or conflict with any neighbor or the selectmen,” Hurd said in an email to The Sentinel. “Then out of the blue, the Cantaras issued a formal complaint to the selectmen to shut down my bait shop as I was operating against ordinances for zoning.”

In their June 15 complaint to the selectboard, Robin and Steven Cantara — who live at 14 Spring St. — assert that the business is not an allowed use on the property, which they say has always been zoned residential.

“The shop is currently operating 6:00am-8:00pm, 7 days per week as a self-service facility; the access is directly across from our house,” the complaint says. “... the pre-existing natural buffer has been removed leaving us no residential privacy and an increase in the amount of traffic; especially on weekends and holidays. We wish the owner success in her endeavor as long as the zoning ordinance is followed.”

In an email to The Sentinel on Friday, Robin Cantara explained that there are actually about 20 properties throughout the town that were improperly zoned as Highway District and adjusted to Rural Residential to align with the zoning code, but she said 15 Spring St. was not one of them. She said those changes did not require a town vote.

Speaking as a resident and not a town official, Cantara said she filed the complaint because there had never been a site plan review and proper protocols were not being followed. She said selectboard Chairman Tim May provided a site plan review application to Hurd, but Hurd did not respond.

Hurd said she did receive that application in July, but has refrained from filling it out because there was never any question whether her business was allowed — even during the sign permitting process — until the Cantaras filed their complaint.

The planning board’s Sept. 15 meeting minutes say Hurd “provided documents” from real estate agent Sonny Harris that showed the property was zoned “commercial.” In her sign application, Hurd also listed the property as commercial. Tax cards reviewed by The Sentinel for 49 and 55 Spring St. — two of the four properties whose zoning is in question — show that they were zoned Highway District in 2019 and Rural Residential as of 2021.

Tax cards were not immediately available for 15 Spring St., though an online real estate listing for the property says that it’s zoned “commercial.”

A Sept. 2 letter from Harris to Hurd also suggests her property carried commercial zoning. “Town Clerk did caution me ... that the property was zoned for business and that if the Spring Street portion of the land was subdivided from the Route 10 portion, the Spring Street property would become restricted to residential use only,” Harris wrote in the letter, which Hurd provided to a reporter.

However, at the planning board’s September meeting, Cantara presented members with tax cards for the bait shop property from 2012 to 2020, which all listed it as Rural Residential, the minutes say. She also provided a PA-34 form — a document used by the N.H. Department of Revenue Administration — that says 15 Spring St. is zoned residential.

She said in an email to The Sentinel that she told Harris that the property “could” be used for commercial purposes, but only if the proper procedures are followed.

In October, the planning board asked Cantara for tax cards for the bait shop property from 1995 to 2012, according to meeting minutes. Cushing, the planning board secretary, said the town had legally made zoning changes in Gilsum in 1996, 2009 and 2012.

By its Nov. 10 meeting, the board had yet to receive those tax cards and said the chair would request them from the town clerk again.

“This is the second request that was made after our last meeting,” the November minutes say. “No reason has been presented to the Board as to why these have not been forthcoming.”

In her email to The Sentinel, Cantara also said she has been asked to recuse herself from gathering materials related to planning board requests on this matter. In an Aug. 22 letter to the planning board and selectboard, reviewed by The Sentinel, Roach asked that another town employee be directed to complete these tasks.

At the Jan. 5 meeting, the board reported having received the tax cards and determined that the cards for the bait shop property and three others on Spring Street had been changed. According to the minutes, the chairman planned to reach out to Avitar to initiate an audit of the Spring Street properties.

Noting that she was speaking as an individual and not on the selectboard’s behalf, Struble agreed more information is needed before the zoning issue can be resolved.

The complaint was ultimately forwarded to the town’s Zoning Board of Adjustment, which has yet to take action on it.