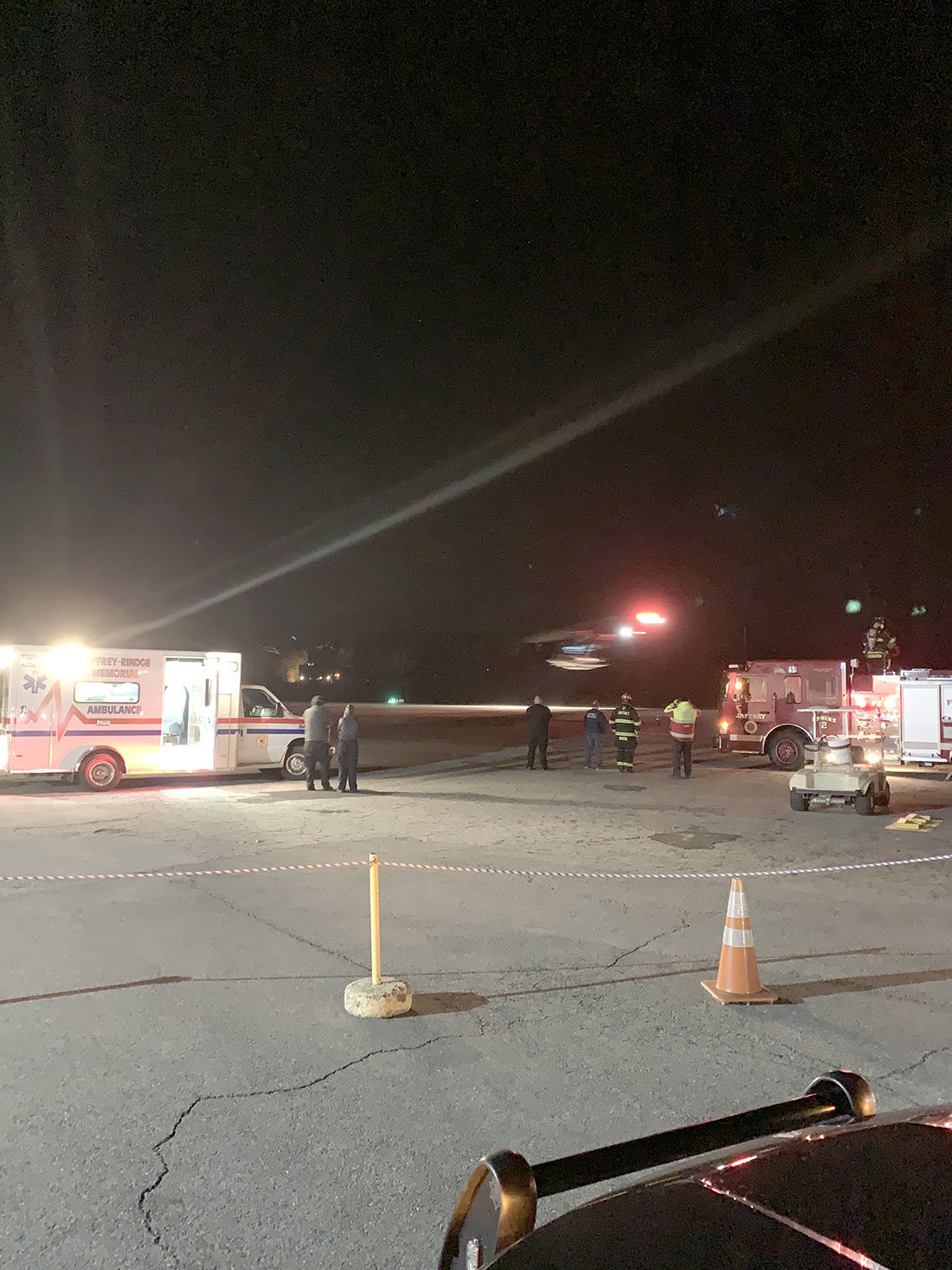 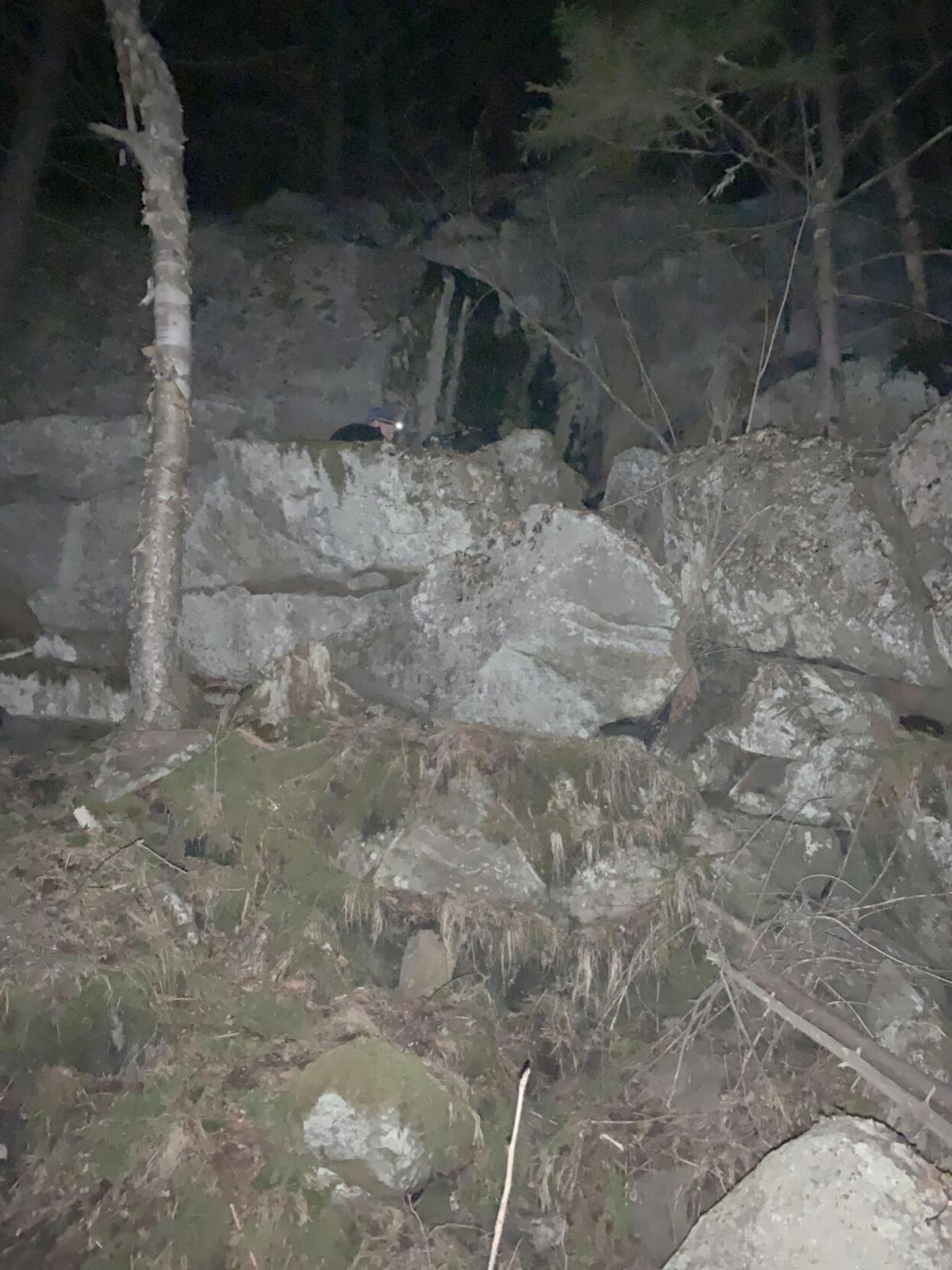 Rescue crews search in the dark for a Massachusetts woman injured in a fall on Mount Monadnock.

Rescue crews search in the dark for a Massachusetts woman injured in a fall on Mount Monadnock.

JAFFREY — A Massachusetts woman was rescued from Mount Monadnock on Sunday evening, after sustaining serious injuries in a 20-foot fall while trying to descend the mountain after dark.

According to a news release from N.H. Fish and Game, 40-year-old Jennifer Publicover of Winchendon placed a 911 call just before 8:25 p.m. to report she was on the White Arrow Trail and did not have a light source. However, her cell phone battery died less than a minute into a call with a conservation officer, and she then attempted to continue her way down the mountain, sustaining injuries after falling 20 feet from a ledge, according to Fish and Game.

“Fortunately the 911 dispatchers were able to provide GPS coordinates for her location,” the release said. “Publicover was approximately .5 miles up the mountain from the end of the Old Toll Road in Jaffrey.”

Conservation officers arrived at the park around 9:20 p.m. and located Publicover at 10 p.m. After discovering her, officers learned that after her phone died, she panicked and attempted to continue her descent without a light, making it about 500 feet before falling from a ledge and landing on the rocks below, causing serious injuries to the right side of her body, the news release said.

She was discovered to have been under-prepared for the hike, which she began around 6 p.m., according to Fish and Game, and in addition to lacking a light source, she was not properly dressed for the conditions and had no compass, map, food or water.

“This incident could have had a much different outcome had Publicover not been able to make one last call from her cellular phone before the battery died,” the release said. “That particular area of Mount Monadnock is also known for spotty cellular phone coverage.”

First responders provided warm clothing and medical attention before carrying Publicover to a waiting truck, which transported her by ambulance to the Silver Ranch Airpark, according to the release. From there, she was flown by a UMass Memorial LifeFlight helicopter to UMass Memorial Medical Center in Worcester around 2 a.m. today.

N.H. Fish and Game warned hikers that they should prepare for the unexpected, hike in groups, always be sure to carry the correct equipment and not rely on cell phones for rescue. For more hiking safety tips, visit www.hikesafe.com.