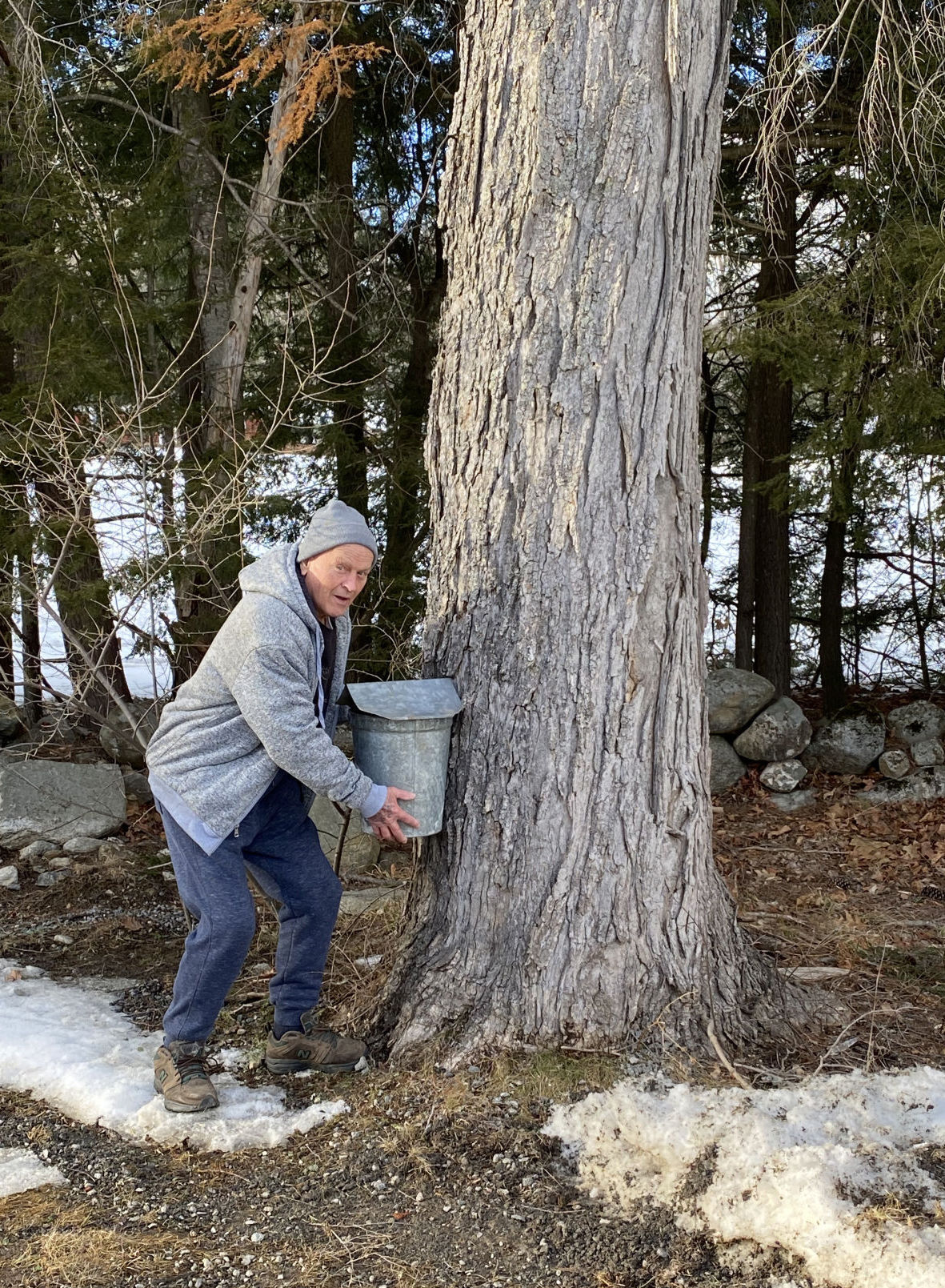 Peter Barrett, shown here beside a tap in the woods of Keene earlier this year, had memories of tapping trees as a teenager with his father, Evans, and making maple syrup at their farm’s sugarhouse. 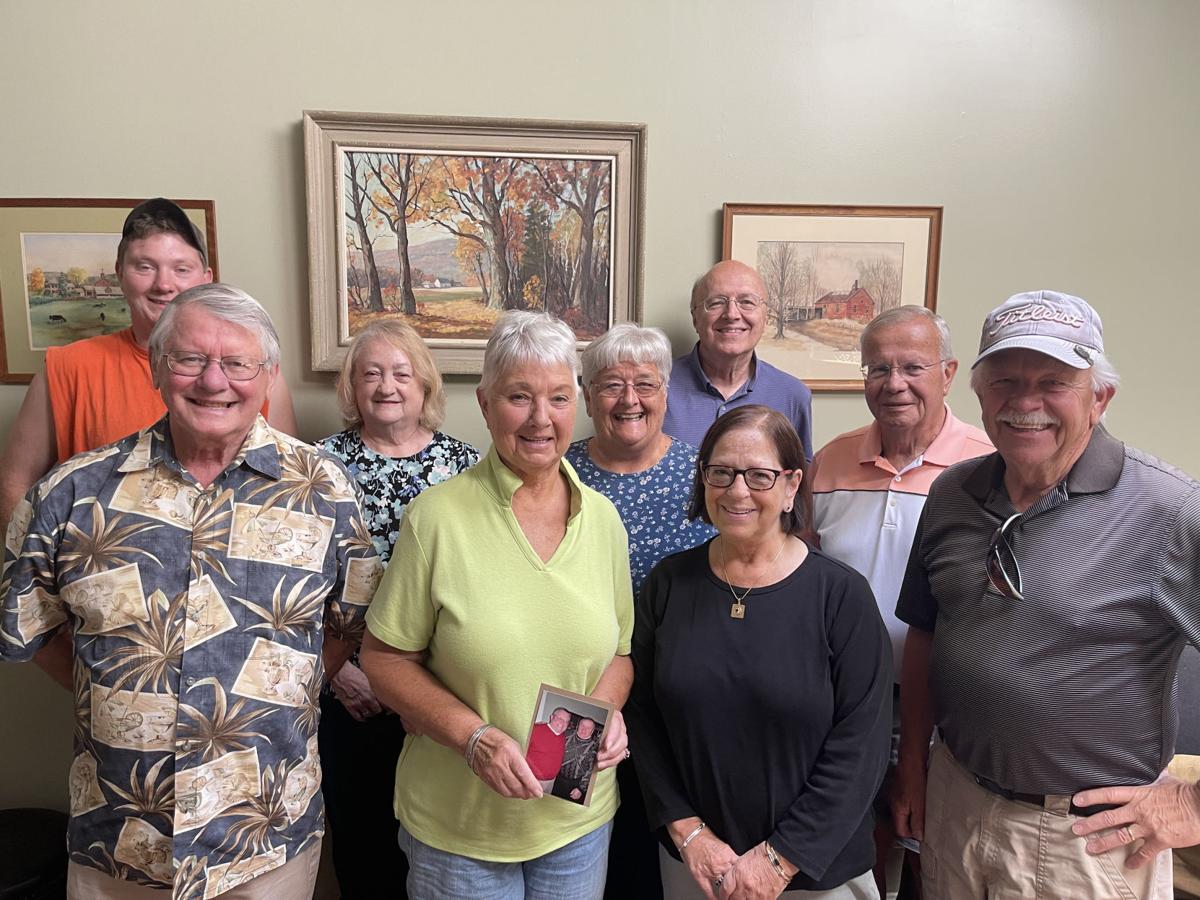 Peter Barrett, shown here beside a tap in the woods of Keene earlier this year, had memories of tapping trees as a teenager with his father, Evans, and making maple syrup at their farm’s sugarhouse.

With his leukemia diagnosis limiting the time he had left, the Keene native was determined to enjoy one of his favorite childhood pastimes.

Barrett — with his doctor’s OK — set out with long-time friend Paul Stewart, collecting buckets every day of this year’s sugaring season. By its end, the pair had brought in more than 3,000 gallons of sap.

“I was so amazed how he did it. He was jumping up on the back of the truck; it was amazing in his condition,” Stewart, of Spofford, said Thursday. “... Sorry to say that, after that, he started to slowly go backwards a little bit.”

In early May, only a couple weeks after Barrett, 79, stopped sugaring, he was taken to the hospital, where he was told there was nothing else doctors could do to help him.

His wife, Willy, took him home, and he spent his last few weeks surrounded by loved ones. He died May 29.

“I was so proud to have him as a close friend,” Stewart said. “So proud.”

Hope in a hobby

Barrett was first diagnosed last year with myelodysplastic syndrome — when the body no longer makes enough healthy blood cells — and after a few rounds of chemotherapy, he was getting better.

But by the fourth round, it stopped working. He was referred to Dartmouth-Hitchcock Medical Center in Lebanon for a second opinion, and learned in October that he had leukemia.

His diagnosis, coupled with the COVID-19 pandemic, limited his activities. Reading, watching TV and playing cribbage with Willy filled up most of his time.

“But he always had to have stuff to do,” Willy said. “He wasn’t a man who could sit still.”

Barrett was used to long hours and grueling work through his family farm, which was started in Keene more than 100 years ago by his grandfather, Henry, and later run by Barrett for 45 years.

His son, Michael, moved it to Putney, Vt., and, after milk prices dropped, it was eventually sold to another family in 2018.

Peter and Willy Barrett — who’d been married for 56 years when he died — moved back to Keene afterward, while Michael moved to Santa Ana, Calif., with his wife to be closer to her family.

Because of his background, Barrett needed an activity to fill his days, even as his illness worsened.

“He decided that the sugaring was the thing that gave him hope,” said his friend Tony Tremblay.

When Barrett spoke to The Sentinel for a Monadnock Profile in February, he said prime conditions for sugaring are 30 to 40 degrees at night and 40 to 50 degrees during the day, so the sap drips easily from the trees.

Trees with southwest exposure were his personal favorite, he said, because the early morning sun warms them up.

Stewart said Barrett’s sap was easily the sweetest in town, since he typically went for large trees that hadn’t been touched in years.

“You could take a drink right out of those buckets, it was so good,” he said.

One day, when Stewart was busy, another of Barrett’s friends, George Dubois of Keene — with whom he attended Symonds Elementary School — took him sugaring instead.

“As we were going along, I was getting more and more winded, and then there was Peter, with a lot of illness, but you wouldn’t know it. He was bright-eyed and bushy tailed,” Dubois said with a laugh. “It ended up that he was collecting probably three buckets to my one ... I felt so embarrassed.”

Barrett sold the 3,281 gallons of sap he collected to local sugarers, his friends said Thursday, enough to make 82 gallons of maple syrup.

“He did it,” said his childhood friend Liz Beliveau of Keene. “As exhausted as he was, and as sick as he was, he made it happen. God love him.”

Like everything he did in life, loved ones say, Barrett accomplished this final wish out of sheer determination.

“He was very goal-oriented, and that’s what we saw at the end of his life ... He enjoyed sugaring, yes, but it really was a quest that he had to undertake,” said his friend Barbara Tremblay of Keene. “It made him happy to complete that task; he even said so. He said, ‘I did it, Barb. I did it.’ ”