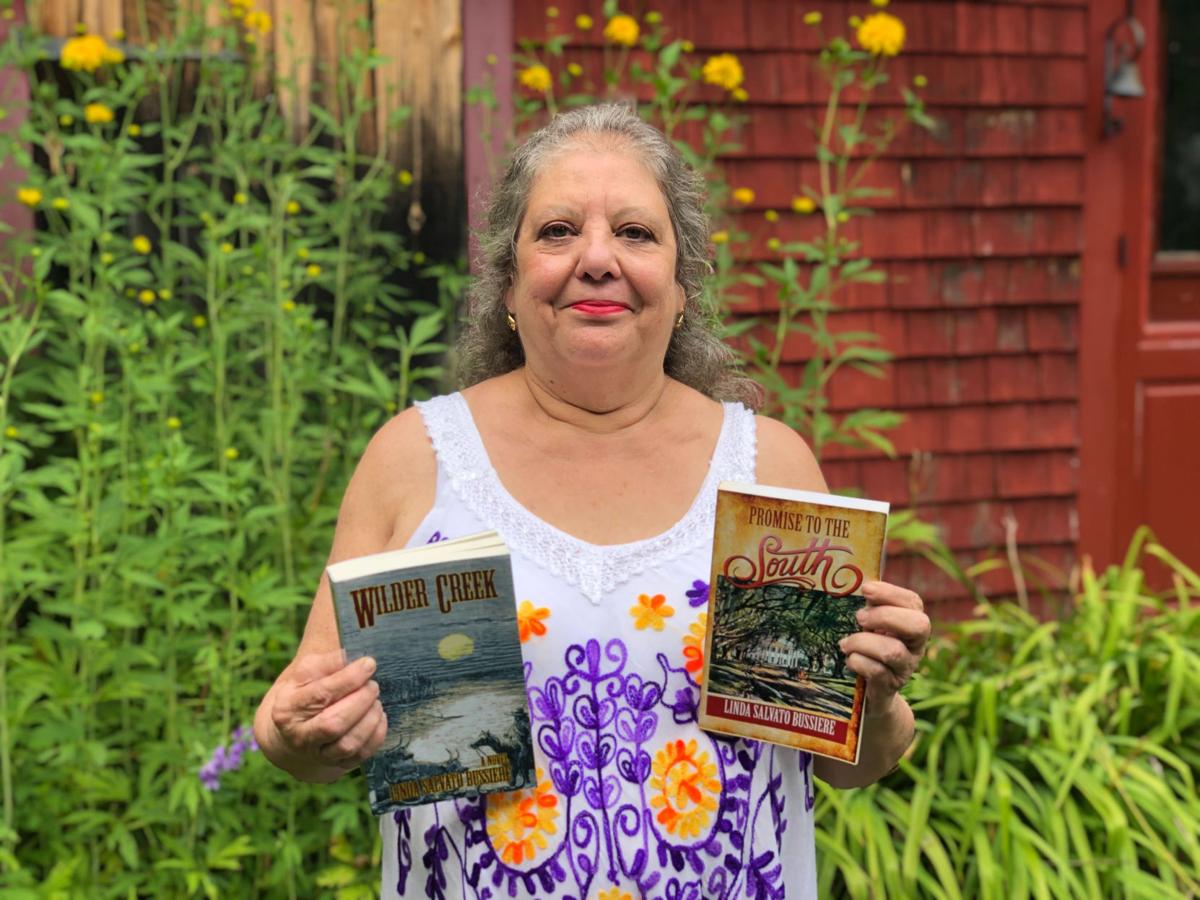 Linda Bussiere of Rindge with the two books she’s written, “Wilder Creek” and “Promise to the South.” 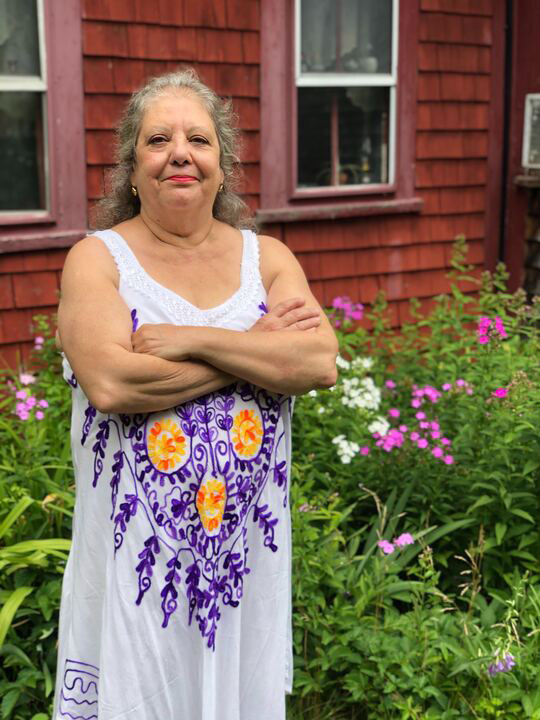 Linda Bussiere stands in the yard of her Rindge home.

Linda Bussiere of Rindge with the two books she’s written, “Wilder Creek” and “Promise to the South.”

Linda Bussiere stands in the yard of her Rindge home.

Linda Salvato Bussiere writes most of her stories in her head.

The Rindge-based author of a pair of historical fiction novels said she uses mundane daily activities, such as waiting in line, to mentally develop her characters and work out her plots. Only once she’s satisfied with the bulk of her tale does she sit down and start putting words on the page.

“My mother always told me I have an overactive imagination,” Bussiere said with a laugh. She released her first book, titled “Promise to the South,” in 2017, and followed it up with “Wilder Creek” in 2019.

Bussiere, 66, was born in Brooklyn and lived there before her family moved to Chelsea, Mass., a community she described as one of the Boston area’s poorest neighborhoods at the time, and a hub for immigrants and minorities.

Bussiere, whose own parents emigrated from Sicily when they were children, graduated from high school in Chelsea. A couple of years later, in 1974, she moved to Rindge with her husband, Mark Bussiere, whom she met after he returned from the Vietnam War.

For much of her life, Bussiere worked as an executive assistant in a number of fields, including real estate and banking. She said she first went to work at the age of 17 to help support her family.

Writing wasn’t always a part of her life. And she said she picked up an interest in history upon learning that her home, thought to be one of the oldest in Rindge, was built in the mid-1700s. Her curiosity piqued, Bussiere began studying local history, U.S. history and, eventually, the history of other countries, too. For a time, she was actively involved with the Rindge Historical Society.

During her studies, Bussiere became especially interested in the American Civil War, a conflict she described as being “a horrible war for a great reason — to abolish slavery.” The more she started researching the war, the more she became inspired by the characters of the era that she learned about, along with other popular stories set in that time. Among them was Margaret Mitchell’s “Gone with the Wind, which she said she first read at age 13.

When she finished her first novel, Bussiere started the process of finding a publishing house willing to print it. Then she met Eric Stanway, owner of Emu Books, a small publishing company based in Fitzwilliam, and the two became friends. It was Stanway who ultimately agreed to print her first book.

“He was kind enough to publish ‘Promise to the South’ for me,” she said. “No one else would give me a break, and he did. And I really appreciate that.”

Bussiere said she’s sold about 100 copies of that book to date, and has also sold a handful of copies of her more recent book. She held a book signing earlier this year at the Peterborough location of The Toadstool Bookshop, but added that the COVID-19 pandemic has slowed that process down a bit.

She’s also a longtime civil rights activist who was arrested on multiple occasions during her youth for civil disobedience. She said she stood firmly opposed to the Vietnam War and was also very active during the Civil Rights Movement of the ‘60s; once, she noted, she even marched in a group led by Dr. Martin Luther King Jr.

Because the neighborhood where she grew up was so diverse, she said, she was shocked when she later learned about segregation policies, such as the Jim Crow laws.

“We all got along so beautifully,” she said of the group of kids that grew up with her. “We didn’t know there were people who were racist.”

Despite her opposition to the Vietnam War, Bussiere has a number of connections to the military. Both her father, Joseph Salvato, and her husband were members of the U.S. Army’s 101st Airborne Division, her father in World War II and her husband in Vietnam. She also chaired the Rindge Memorial Day Parade for a decade and has worked for and volunteered at various area veterans organizations over the years.

Both men experienced symptoms of post-traumatic stress disorder (PTSD), a psychological affliction common among combatants. While working as a bartender at the Jaffrey VFW, she said, she heard from a lot of other veterans who were having the same problem.

In the late ‘80s, Bussiere teamed up with a local psychologist to launch an organization aimed at helping the families of soldiers struggling with PTSD, though she said it never really took off.

Another of Bussiere’s passions is rescuing animals. Over the years, she’s taken in a number of dogs, a cat and several rabbits — all of whom she said were either abandoned, abused or otherwise in need of a loving home.

Now that her second novel is complete, Bussiere is looking toward her next story. She said she’s got several ideas brewing, including a horror story set in New Hampshire, a book about history’s female warriors and a romance novel set in 11th century Scotland.

She said the horror book is the first priority, though it’s taking a bit longer than she’d hoped, because she’s also been dedicated to doing the historical research for her other two ideas.

“That’s the best part,” she said. “I like doing the research better than I like writing up the stories.”

At a glance: Linda Bussiere