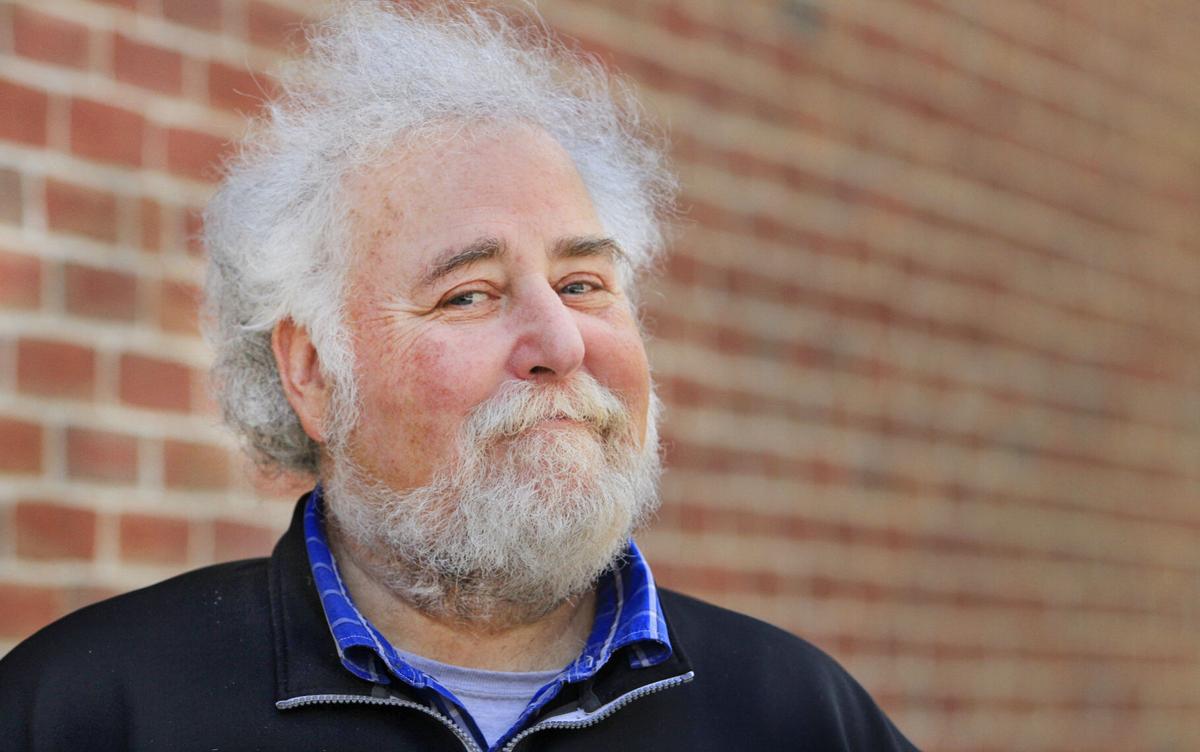 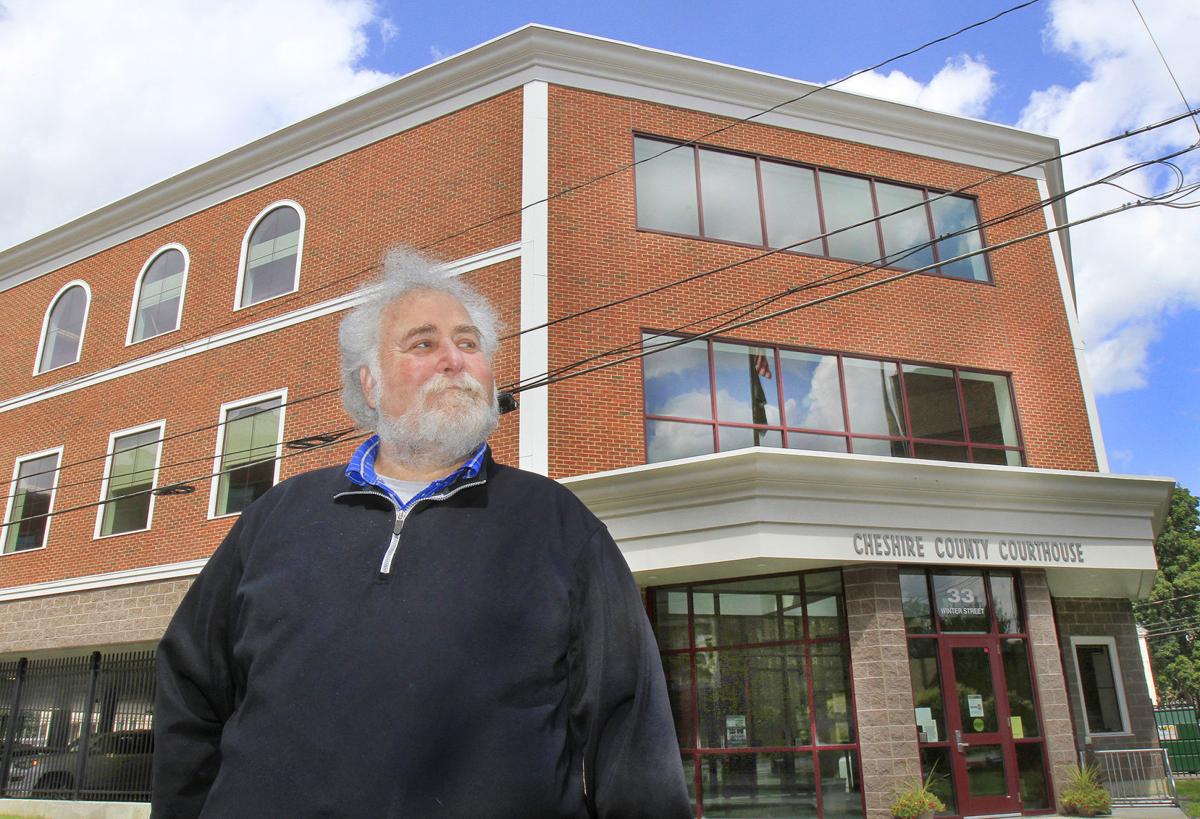 Jeremy Lory of Keene, in front of the Cheshire County Courthouse on Wednesday.

Jeremy Lory of Keene, in front of the Cheshire County Courthouse on Wednesday.

Many people feel liberated when they leave middle school. Jeremy Lory says he “felt a void.”

Of course, Lory was 64 years old at the time. He retired from his job as a psychologist at South Meadow School in Peterborough, where he had worked for 14 years, in 2013.

The couple met in a teacher education course during their senior year at Clark University in Worcester, Mass. They moved to the Elm City after Nancy was hired to run a center for children with learning disabilities at Keene State College, which she said was then one of the first special education programs in the state’s public school system.

Jeremy Lory spent nearly 35 years working with middle school students in the Monadnock Region as a counselor and a special education teacher. He did the last portion of it at South Meadow School after previously serving as the director of special education in Milford and for the entire ConVal Regional School District, which includes South Meadow.

“I loved that age [group], even though it was challenging for them,” Lory said. “After committing to kids and social service and psychology, I was lost.”

He began volunteering for Court Appointed Special Advocates (CASA) of New Hampshire, a Manchester-based nonprofit that serves abused and neglected children in the state’s court system.

Lory learned about the organization when Nancy volunteered as a court-appointed advocate during a sabbatical from Keene State several years earlier.

The role is complicated but critical.

If a child referred to the state’s Division for Children, Youth and Families is found by a judge to have suffered serious trauma, an advocate from CASA of NH is appointed to represent the child’s interests before the court. In Cheshire County, the organization has struggled to keep up with the caseload due to a shortage of volunteers.

The advocate deliberates with DCYF officials and the family before a judge, who ultimately must choose the best situation for the child. Sometimes, that means separating the child from their family.

The cases involve children of all ages, from infants to 17 years old, many of whom have been physically or sexually abused or have suffered “significant neglect,” according to Lory.

When he is appointed to a case, he meets with the child and their parents or guardian multiple times each month to learn about them. The first meeting is often particularly challenging.

“Not only do you have to [get to know the child] in a short period of time, [but] sometimes it’s not under the most ideal conditions because the parents are saying, ‘Who are you and what are you doing?’ ” Lory said.

The COVID-19 pandemic has made that task even more difficult, Lory added, since holding those meetings via videoconference removes much of the emotional connection.

“So much of the work that we do is human and is … being in the moment,” he said. “It’s so different to be in person than it is virtual.”

Despite the fact-finding approach, Lory’s responsibilities are not those of a lawyer.

Like all CASAs, he also serves the children he represents outside the courtroom, which often includes finding them medical help, a mental health counselor, educational resources or social services.

The legal process can take up to a year, at which point CASA volunteers recommend to the judge a resolution that they feel would best serve the child.

“When I’ve been in court with Jeremy, it’s very clear that the judges look to him for information and respect his opinion,” said Kathleen Devlin, a supervisor for the organization who oversees more than 30 volunteers in Cheshire County.

Lory typically has only one case at a time, but it is rarely straightforward. In a recent case, he represented three children from a single family.

Most court-appointed advocates work 10 to 15 hours a month, according to Devlin. She estimates that Lory sometimes dedicates that much time each week to his cases.

“Jeremy certainly goes above and beyond … but that’s because he’s got cases that, quite frankly, are extremely difficult and require an awful lot of time and attention,” Devlin said.

Lory is often assigned cases involving educational neglect or that require coordinating with various specialists and outside resources, due to his experience as a school counselor.

“He brings some really unique and helpful background from his prior professional work [in] special ed,” Devlin said. “I pick his brain on a fairly regular basis in regard to [Individualized Education Programs] and … some of the other cases that I’m responsible for.”

Lory’s commitment to CASA of NH extends beyond his work with children. He also serves as a mentor for the organization’s other volunteers, whom he offers technical assistance and emotional support.

Last year, Lory received the organization’s Linda Egbert Outstanding Advocacy Award, a statewide recognition for the CASA volunteer who goes “above and beyond” what the job requires.

Despite his passion for social work, Lory’s introduction to the field was serendipitous. In fact, he studied international relations as an undergraduate at Clark University.

But he found his calling during his freshman year, when he spent time between semesters volunteering at the Lyman School for Boys, a reform school in Westborough, Mass., for teenage and pre-teen boys who had committed criminal offenses.

Lory noticed the school was understaffed and, with the help of a professor, began recruiting volunteers from among his peers at Clark. In the end, some 40 students signed up to work at the Lyman School.

In addition to his advocacy work for CASA of NH, Lory tries to find new volunteers, who he said come from a wide range of backgrounds, including law, education and health care.

That is because in Cheshire County, the organization has been able to accept only 55 percent of cases referred from the Division for Children, Youth and Families this year — the lowest rate in the state — due to a lack of advocates.

“We’re looking at 30 to 35 volunteers [right now],” Devlin said. “We could certainly use double that.”

In fiscal year 2020, which runs through September, CASA of NH has had to refuse cases for 29 children in Cheshire County this year, the third highest number in the state behind the significantly more populated Merrimack and Strafford counties.

Lory believes it will need even more help soon. Although the number of reported child abuse cases is down during the pandemic, he senses that may not actually be the case, with the current crisis exacerbating many of the factors that can lead to abuse and neglect.

“We don’t have schools in function, we don’t have other [people] seeing children, we don’t have kids being able to access counselors [and] trusted people,” he said. “Simultaneously, families are under tremendous stress — economic stress, emotional stress. I think it’s a bubble waiting to burst.”

At the same time, Lory said, the cases in New Hampshire have become more challenging in recent years due to the opioid epidemic.

CASA of NH reported that 70 percent of its cases in Cheshire County this year involve substance abuse. That number is even higher across the state.

Given the nature of addiction, those situations are not resolved quickly or easily, Lory said.

In rare instances, when he believes a family situation is harmful and will not improve, Lory must recommend separating the child from their parents. He agonizes over those decisions.

“Even for parents who are not the best in the world, they love their kids, there’s no question,” Lory said. “But you go with your eye on the prize — the best interests of the kid — and I can’t in good conscience recommend the child goes back to an environment where abuse is going to reoccur.”

Now in his sixth decade working with children, Lory says he plans “to keep on doing it until I can’t.” Through his work for CASA of NH and commitment to service, he hopes others will be inspired to join him.

“It is a great opportunity for people who have had a professional career,” Lory said. “I don’t know if there’s anything that can be more significant in a troubled kid’s life than having somebody supporting their interests.”

At a glance: Jeremy Lory