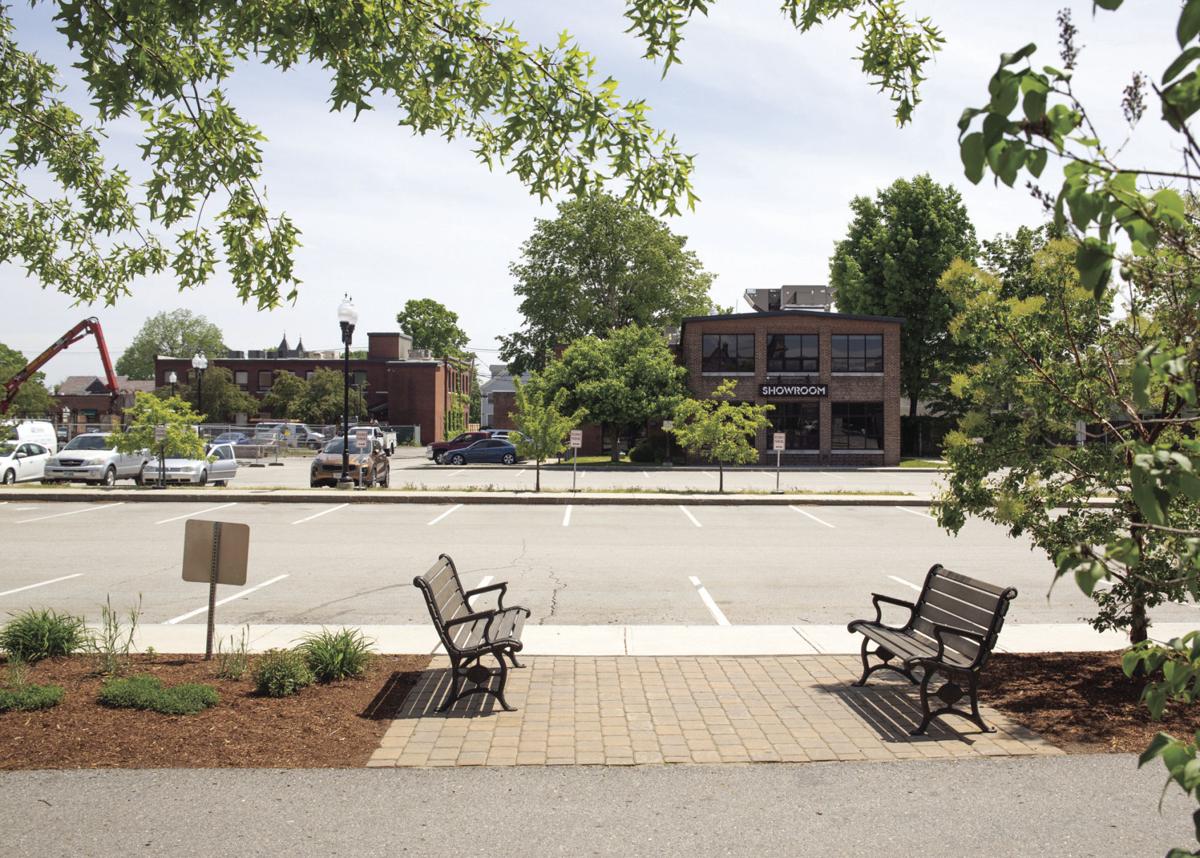 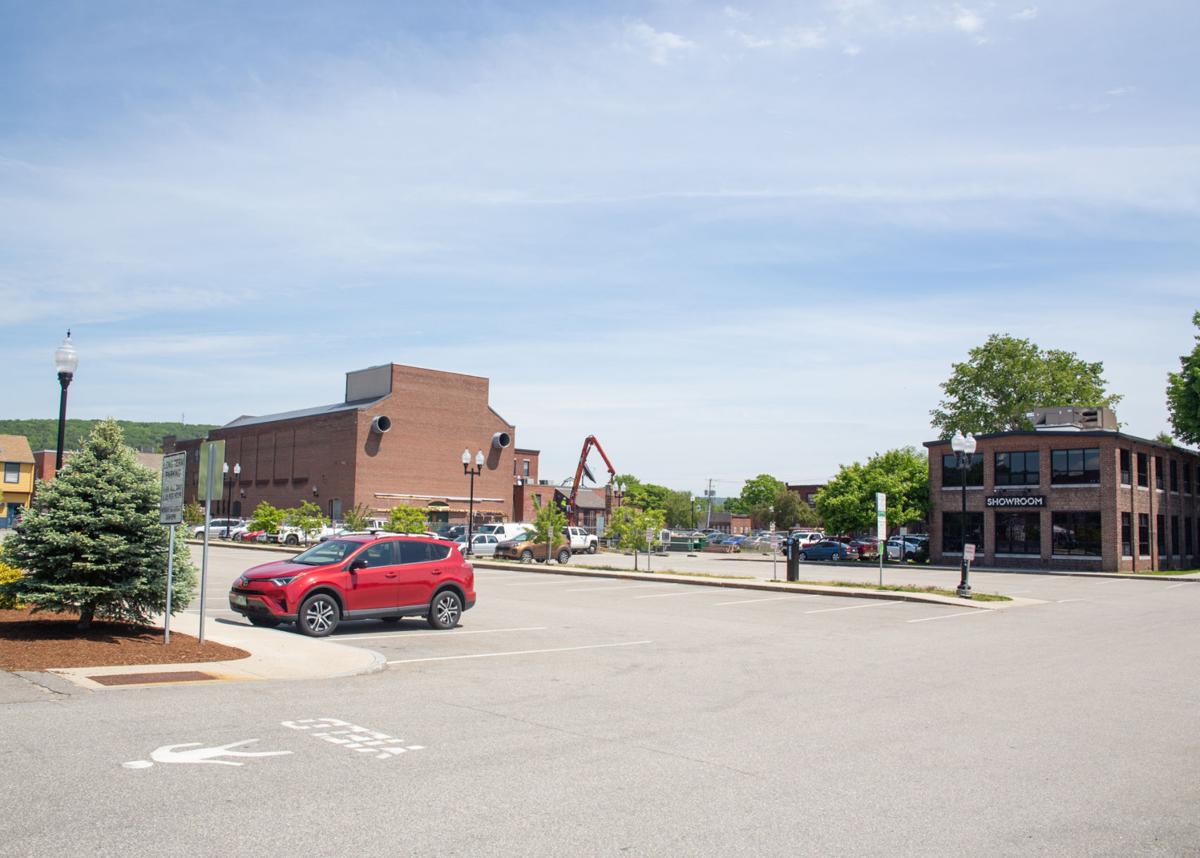 But Gelter, the executive director of the Keene nonprofit Arts Alive, sees the lot as part of a vibrant downtown arts revitalization — a vision introduced by the Monadnock Economic Development Corp. (MEDC) two years ago as an “arts corridor” along Gilbo Avenue.

MEDC has suspended those plans, as the organization develops a new strategic direction amid a financial crunch, City Manager Elizabeth Dragon said earlier this year.

With that project stalled, Arts Alive organizers are crafting their own vision for a downtown arts renaissance, Gelter, whose organization supports the arts in the Monadnock Region, has told The Sentinel previously.

She cautioned last week, however, that Arts Alive’s modest operating budget will keep it from replicating the expansive $30 million project that MEDC had proposed, which included a large pavilion, live-in artist studios and a block-long pedestrian mall on Gilbo Avenue. With limited resources, the nonprofit is working with private companies and other local arts promoters on the new plans, which Gelter said has added a grassroots element missing from MEDC’s effort.

“A lot of what we heard [from the arts community] is that it was a top-down plan,” she said.

Those include ongoing renovations at The Colonial Performing Arts Center and the creation of its new Showroom performance space on Commercial Street, she said. They also include Nova Arts — a live music venue at Brewbakers Cafe on Emerald Street — and plans for a new creative hub with artist studios at 17-19 Federal St.

Gelter said she hopes to create a pop-up market in the Commercial Street lot, which sits between those buildings, where local artists could display and sell their wares. That may include partnering with the Farmers’ Market of Keene, since those vendors also use the area twice a week in the warmer months, she said.

Eventually, Gelter said she’d like to see permanent covered structures installed in the city-owned lot, which could offer electric-vehicle charging stations and also provide shelter and electricity for artists’ booths at the market. (The lot already has uncovered charging stations for electric vehicles.)

“I love the idea of mixed-use spaces,” she said.

In addition to the Commercial Street redevelopment proposal, she said Arts Alive wants to help establish a publicly accessible venue, like a museum or interactive studio, to complement the performance spaces downtown that aren’t open all day. Another effort may include installing outdoor sculptures and other temporary art installations around the city, according to Gelter, who said the new plans more closely resemble an “amoeba” than a corridor.

“We spent a lot of time doing structural planning last year, and I’m just so ready to do stuff,” she said. “… It’s such an artsy place. There’s such a need for studios and retail space.”

The project would likely incorporate renovations to the skatepark on Wilson Street, at the west end of the Commercial Street lot, Gelter said — another component adopted from the MEDC plan.

Kathleen Burke, a project coordinator for several years, said organizers have raised $225,000 for a new park and have partnered with the Keene nonprofit Friends of Public Art and a North Carolina-based skatepark builder to develop a creative design.

“We are going to make this a very art-inspired skatepark,” she said.

Burke said organizers would like to move the 9,800-square-foot park, which is on city land, to an adjacent lot on Gilbo Avenue and expand it by more than 2,000 square feet.

But that proposal is unlikely, according to Parks, Recreation and Facilities Director Andy Bohannon, who said Tuesday that Keene officials have been unable to negotiate moving the park to that vacant lot. Bohannon added, however, that the city remains interested in finding a new place for the park downtown.

“Unless that other location comes forward quickly, it’ll be built in the same spot,” he said.

Arts Alive will have a formal opportunity to refine its plans for the downtown arts revitalization later this year, after the National Endowment for the Arts (NEA) awarded the nonprofit a $6,000 grant to host a workshop on that project.

Gelter said the organization will use those funds — from the NEA’s Citizens’ Institute on Rural Design program — for stipends to help local artists, downtown businesses and other nonprofits attend the workshop in an effort to incorporate broad community input. Arts Alive hopes to host the event this fall, she said.

Gelter said other elements of a downtown revitalization should include creating a new transportation center on Gilbo Avenue, which the Southwest Region Planning Commission has explored in recent years, and adding 24-hour public restrooms. Arts Alive doesn’t have the resources for those projects, but she said the organization hopes to find partners for them.

“We’re in the dreams phase,” she said.