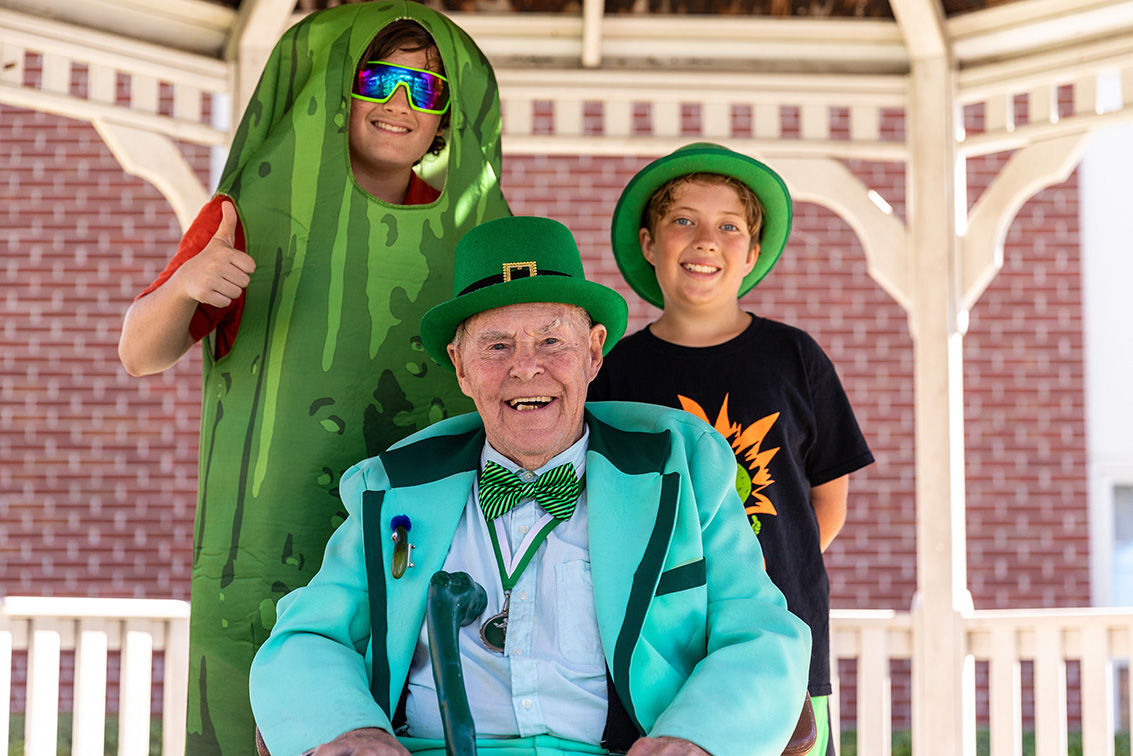 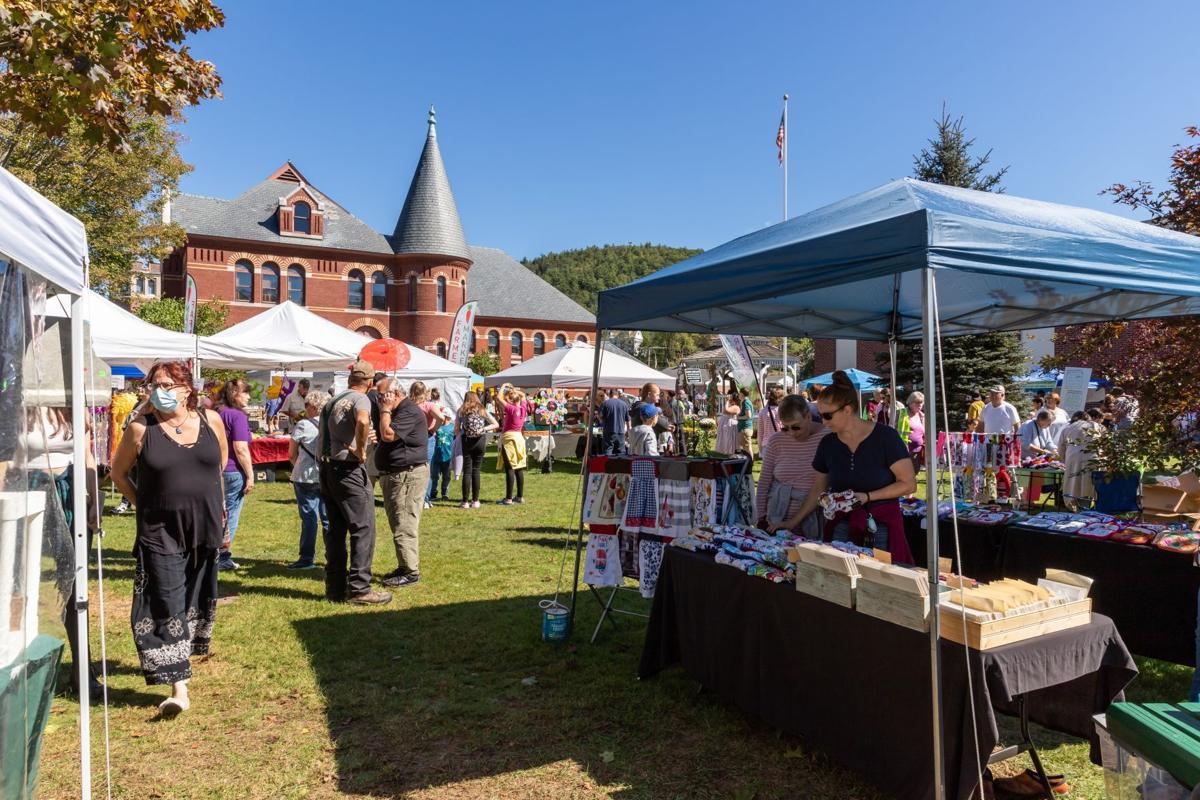 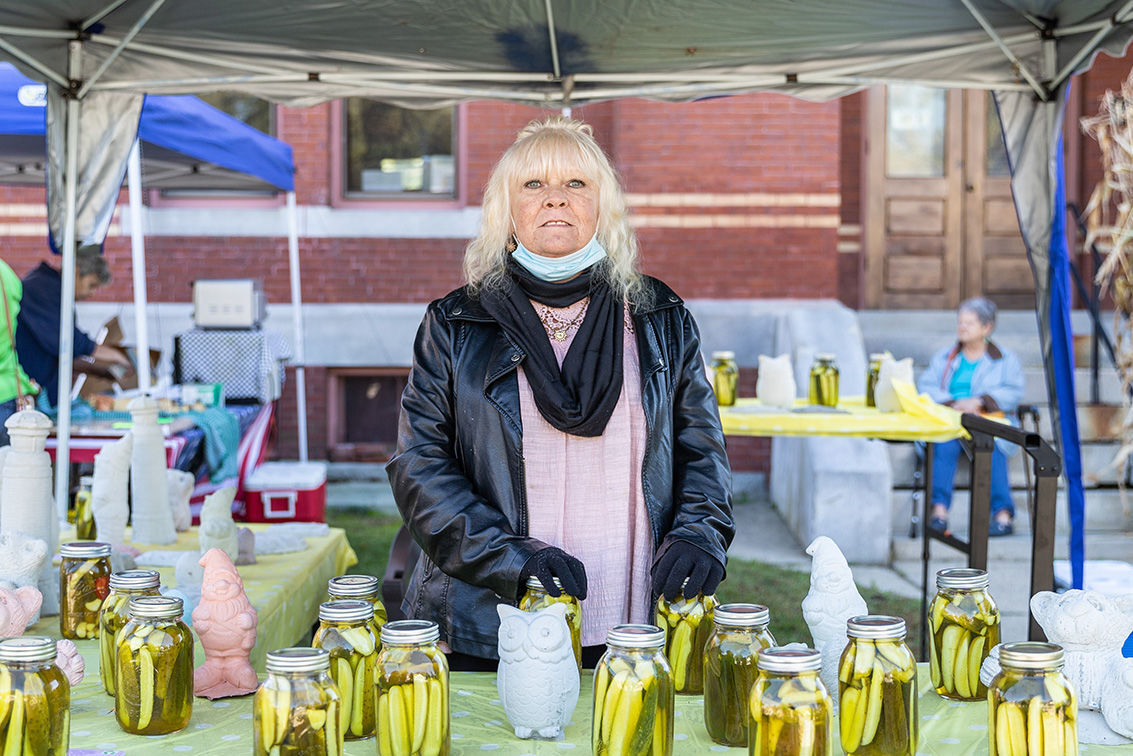 Tracie Warner of Winchester stands at her booth with the pickles she made for the Pickle Festival Saturday. 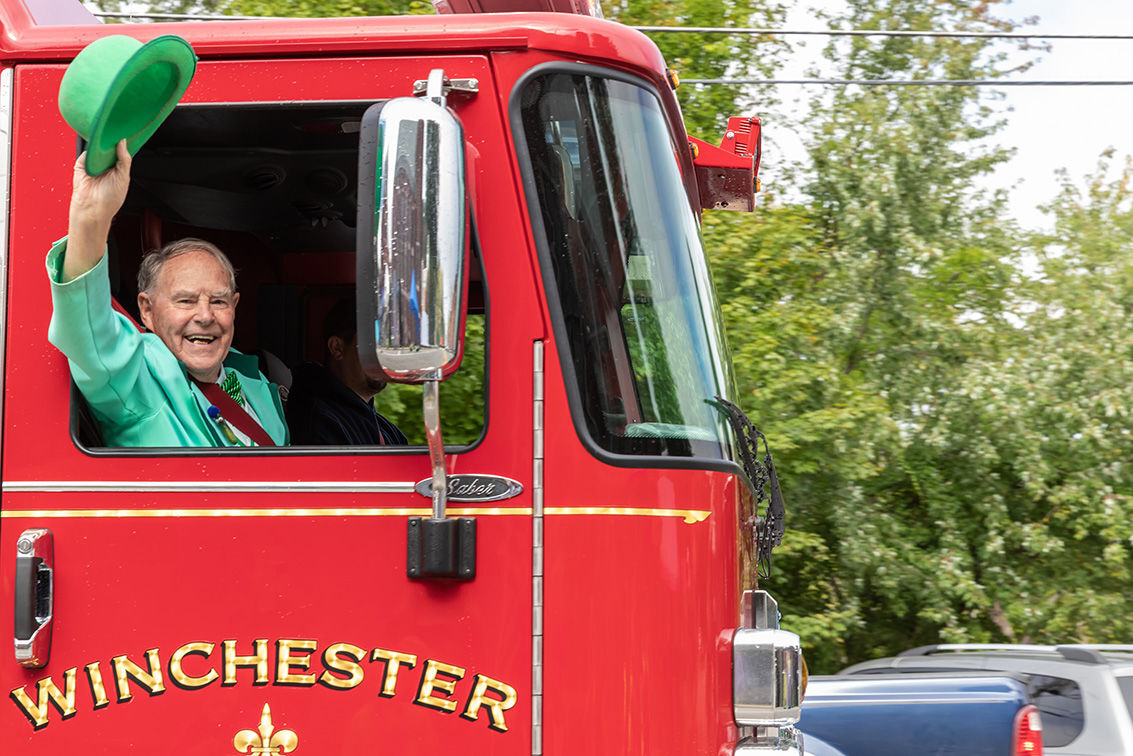 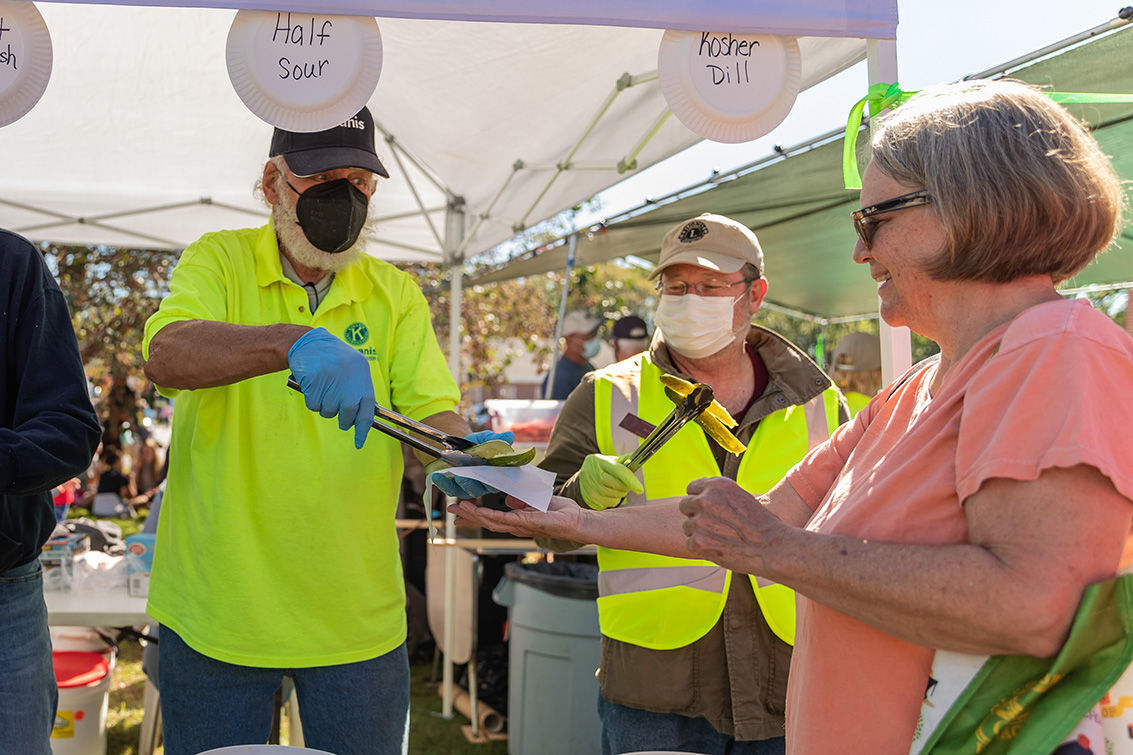 Gus Ruth of the local Kiwanis Club serves pickles to Sara Carbonneau of Winchester as Mike Leahey of the Canaan Lions Club stands by to help. 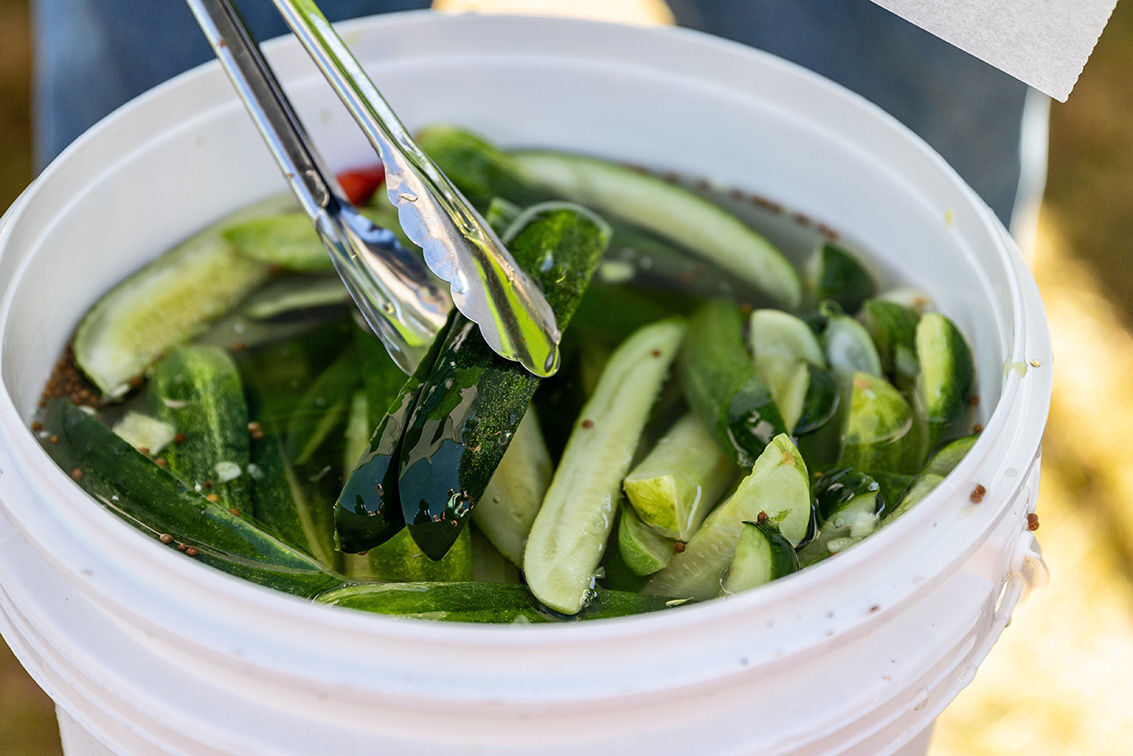 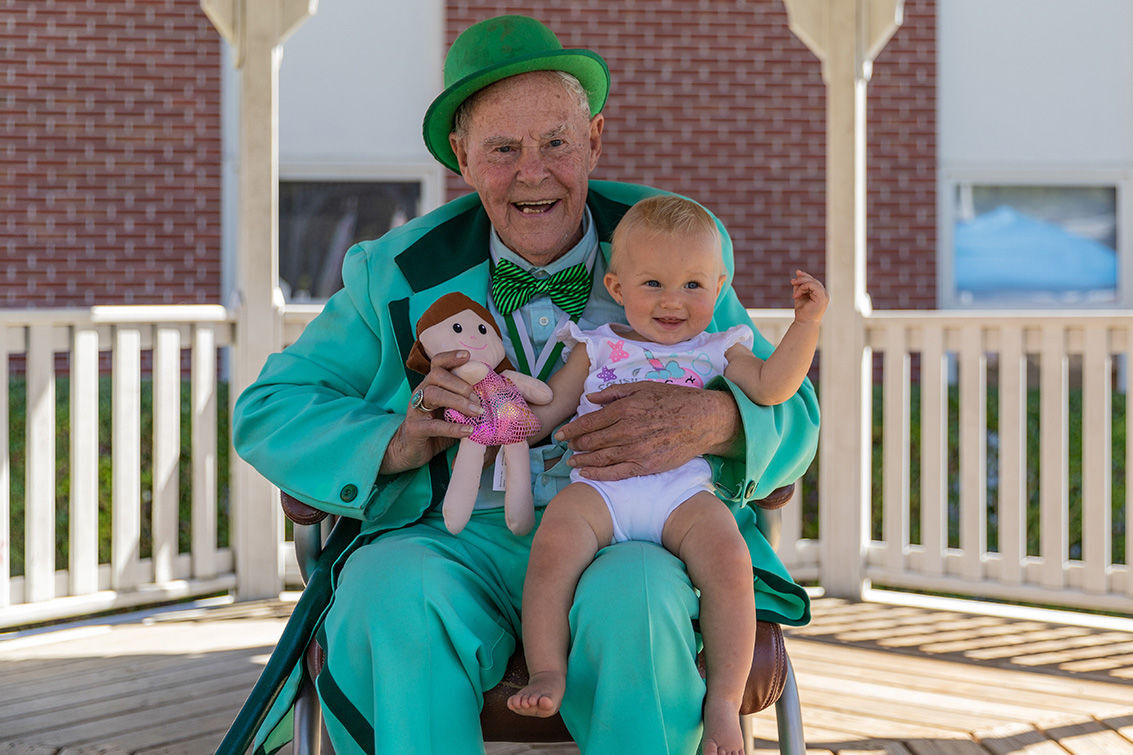 Zariaha Blanchard and her doll visit with Mr. Pickle at the Winchester Pickle Festival Saturday. 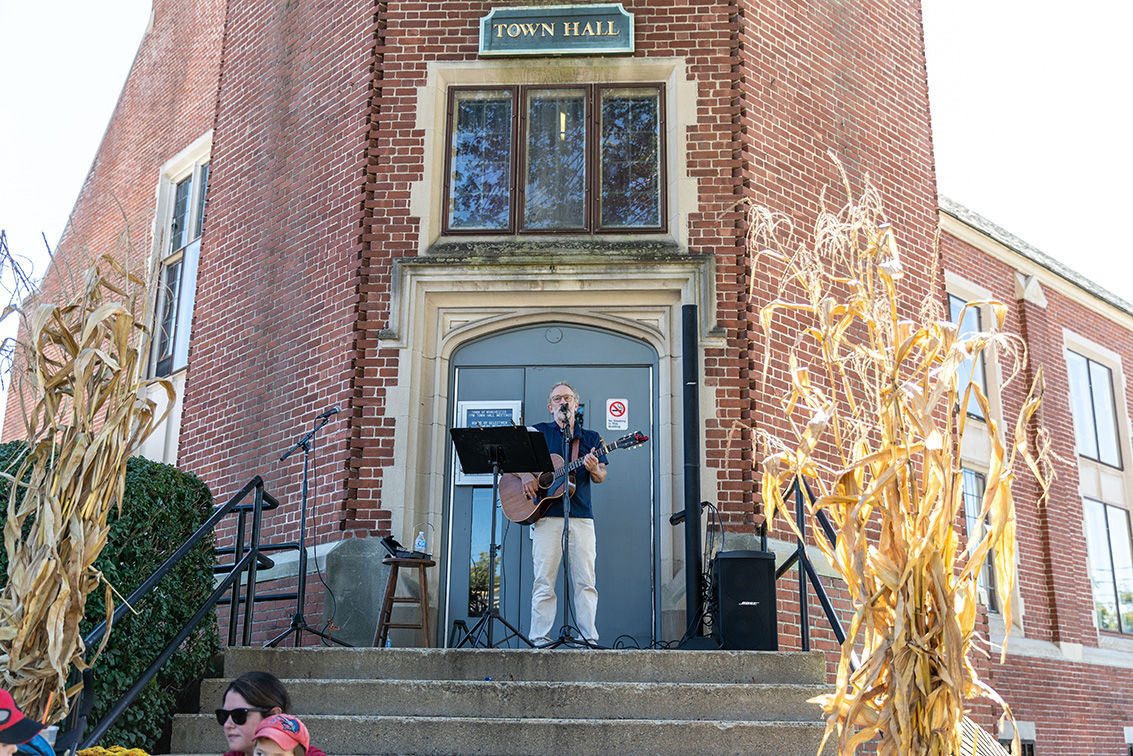 Charlie Brady of Alstead, a Winchester School staff member, was one of many musical performers at Winchester's Pickle Festival Saturday.

Tracie Warner of Winchester stands at her booth with the pickles she made for the Pickle Festival Saturday.

Gus Ruth of the local Kiwanis Club serves pickles to Sara Carbonneau of Winchester as Mike Leahey of the Canaan Lions Club stands by to help.

Zariaha Blanchard and her doll visit with Mr. Pickle at the Winchester Pickle Festival Saturday.

Charlie Brady of Alstead, a Winchester School staff member, was one of many musical performers at Winchester's Pickle Festival Saturday.

But after returning to the region during the COVID-19 pandemic, Guillemette, 60, reconnected with Parkhurst at the town’s annual Pickle Festival on Saturday. It was his first time attending the downtown event, where his former teacher — better known in Winchester as Mr. Pickle — has served as figurehead since its inception.

“I’m just surprised he’s been doing it so long,” Guillemette said. “… Just the fact that I’ve been able to run into people I haven’t seen in 20 years means a lot to me.”

Even for Pickle Festival regulars, the 23rd edition Saturday was a reunion of sorts after last year’s event was canceled due to the pandemic.

Throngs of people lined Main Street to snag free pickles handed out by volunteers with the Kiwanis Club of Winchester, listen to live music, and peruse the various food, apparel and crafts vendors spread across the surrounding area.

Event organizers limited the number of vendors — who naturally included a number of pickle makers — and shelved the traditional parade this year to keep attendees from gathering too closely, according to festival committee President Kevin Bazan. But a couple of hours into the festival, which typically draws at least 5,000 people and was held Saturday under a nearly cloudless sky, Bazan said he still expected strong attendance.

“I’m really happy with the way today has turned out so far,” he said. “The weather has been incredible. People are happy to be out and about.”

Parkhurst eagerly greeted the crowds Saturday morning, shaking hands and exchanging pleasantries. Clad in his traditional mint-colored suit, complete with a green bow tie and top hat, he credited Bazan and other organizers with reviving the festival after last year’s hiatus.

“It’s put us back on the map in a positive light,” he said of the event. “… This is the goodness of Winchester right here.”

Parkhurst said he particularly relishes the chance to take photos with festival-goers, though he had to keep more of a distance than usual Saturday as a coronavirus-related precaution.

“It’s a bit egotistical, but I think people love having Mr. Pickle sit in the gazebo and [having] their picture taken,” he said. “Even adults will come up.”

On Saturday, they included Keene resident Thalia Grundstrom, 32, who said getting a photo with Parkhurst was a “highlight” of the event.

Grundstrom said she attended Pickle Festival in 2018 after hearing about it on social media, though she arrived too late to see the parade that year. Despite missing out on the parade again this year, she and her mother, Donna Manjourides, a first-time festival-goer, brought their own bit of pageantry: matching full-body pickle outfits.

Other newcomers included Lisa and Richard Kszepka of Palmer, Mass., who said a friend had told them about the festival. Admitting that she doesn’t usually like pickles, Lisa Kszepka nonetheless gave a positive review of two different spears — half-sour and kosher dill — calling both “very good.”

The supply of free pickles, purchased annually through a municipal warrant article, comprised 25 5-gallon tubs from Patriot Pickle in New Jersey, according to Bazan. In addition to half-sour and kosher dill, the options included red-hot crosscuts, sweet horseradish chips and candied bread and butter chips.

Warner, who sells small garden sculptures through her business, Tracie’s Treasures, said this was her first time with a table at the festival. Of the more than 40 quarts of pickles she’s made this year, she was down to only a handful by noon Saturday.

“It’s a nice showcase for Winchester, too, because we have a beautiful downtown,” he said. “If we can give people a chance to come from outside the area to look at our downtown, we think that’s a great thing.”