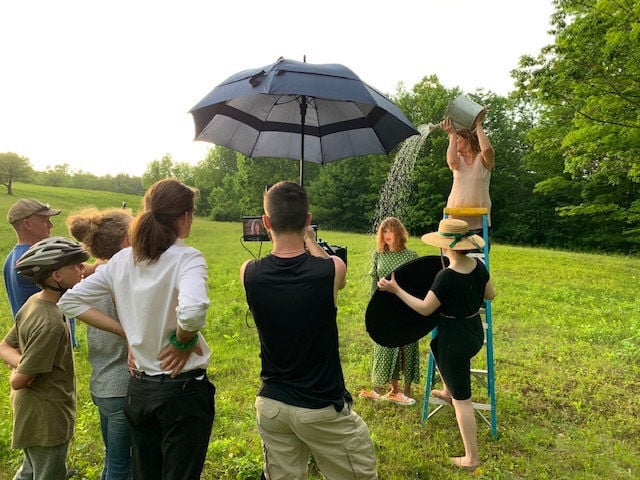 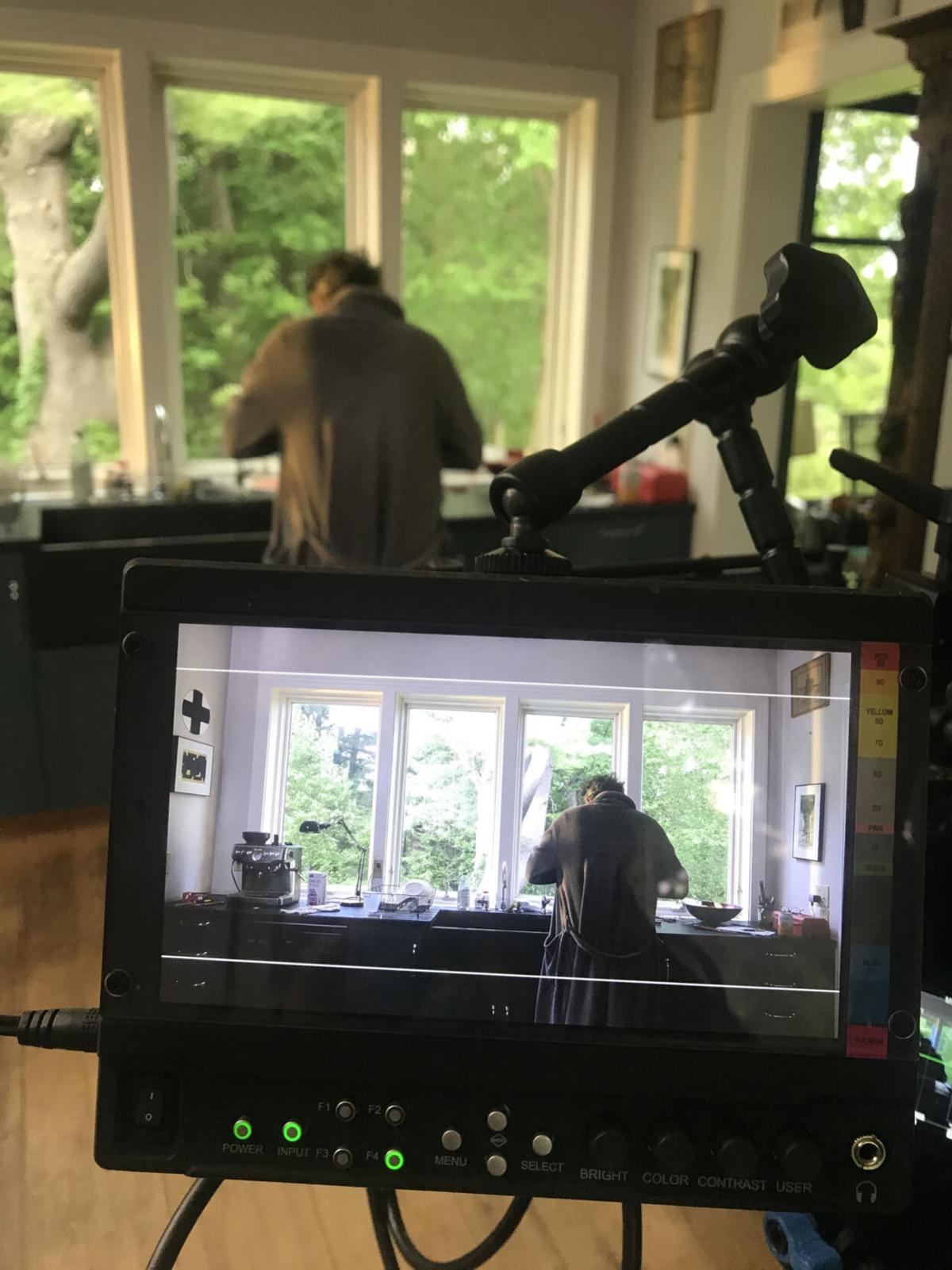 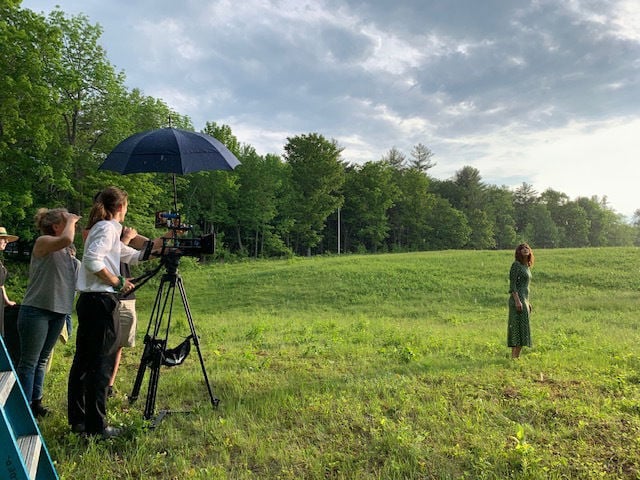 Firelight Theatre Workshop co-founder Nora Fiffer is shown during filming in Peterborough of “Ladies and Gentlemen, The Rain.”

Firelight Theatre Workshop co-founder Nora Fiffer is shown during filming in Peterborough of “Ladies and Gentlemen, The Rain.”

PETERBOROUGH — Firelight Theatre Workshop got creative with its artistic content during the pandemic, renewing a quirky storytelling series and drafting fictional letters between 19th-century writers that it mailed to patrons and broadcast on the radio for a drive-in audience.

But the Peterborough theater group, which was created in 2017, had never tried film — until now.

With its upcoming short, “Ladies and Gentlemen, The Rain,” Firelight co-founder Nora Fiffer said the organization hopes to continue to “push the boundaries of what it [means] to be a theater company.”

Adapted from a play written by Pulitzer Prize finalist Will Eno, the 30-minute flick — starring Fiffer and fellow Firelight co-founder Jason Lambert in an awkward attempt at online dating — is meant to retain a theatrical quality, with a modest set and long sequences of dialogue, she said. That includes screening the film at a handful of local arts venues and via an online stream on a limited number of occasions, rather than making it available to watch at any time.

“He and I both have had experience with filmed projects, but we are mostly theater people,” Fiffer said of Lambert. “So to be in front of the camera ... was a change.”

Eno’s play lends well to a film adaptation, though, because its two protagonists speak into their computers’ webcams for much of the plot, she explained.

“It felt really justified to introduce the camera to the piece and to make the camera a participant in the world,” she said.

Instantly familiar to anyone versed in first dates, especially the virtual type made common during the pandemic, “Ladies and Gentlemen, The Rain” lets Fiffer and Lambert present their characters as clumsy, thoughtful and ultimately charming. But the film — directed by Firelight artistic associate Laura Carden and shot by New York City cinematographer Kirill Bykanov — is also somber, even dark at times, tinged with past anguish.

Fiffer said she learned of “Ladies and Gentlemen, The Rain” in 2007 as a student at the Steppenwolf Theatre Company school in Chicago, when someone gave her an early draft of the script. Since then, she’s used an excerpt as an audition piece for her own acting gigs.

“This play is about two people yearning for connection who appear very isolated,” she said. “It felt like it gained some relevance during the last year and a half.”

Firelight started exploring the possibility of a filmed version of the play late last year, according to Fiffer. The short film is the organization’s second time putting on an Eno play after it staged his show “The Realistic Joneses” several years ago.

“We’ve been eager to return to his work,” Lambert said in a news release announcing the new film. “The last year and a half has brought up a lot of existential questions, so his work feels especially relevant.”

Firelight had been planning to add rain — which, as evidenced by the play’s title, features in the story — in post-production, she said. While filming at a field in Peterborough, though, Fiffer said the skies opened “gently and beautifully.”

“When we were done, it just stopped,” she said. “It was so magical.”

But if filming was serendipitous at times, Fiffer said the production process was exacting — a new experience for stage actors not used to seeing their own work.

“In theater, you act and then you never have to watch yourself,” she said. “In this, I’ve had to watch myself so many times. It’s very strange because I remember how it felt when I was doing it and then I see it, and it’s not what I expected.”

“Ladies and Gentlemen, The Rain” opens at 7 p.m. on Monday at the Peterborough Community Theatre, followed by screenings later this fall at The Park Theater in Jaffrey, Nova Arts in Keene, again in Peterborough and at Wilton Town Hall Theatre.

All five in-person screenings will include a live Q&A with the Firelight cast and crew as well as a small reception, according to Fiffer. The film will also be streamed online 16 times for viewers to watch at home. Details on showtimes and tickets are available at www.firelighttheatreworkshop.com/lgtr.

Fiffer said she hopes the film prompts audiences to avoid judging other people superficially and to instead understand them more deeply.

“Everybody’s got a story. Everybody’s a whole multitude of experiences.”