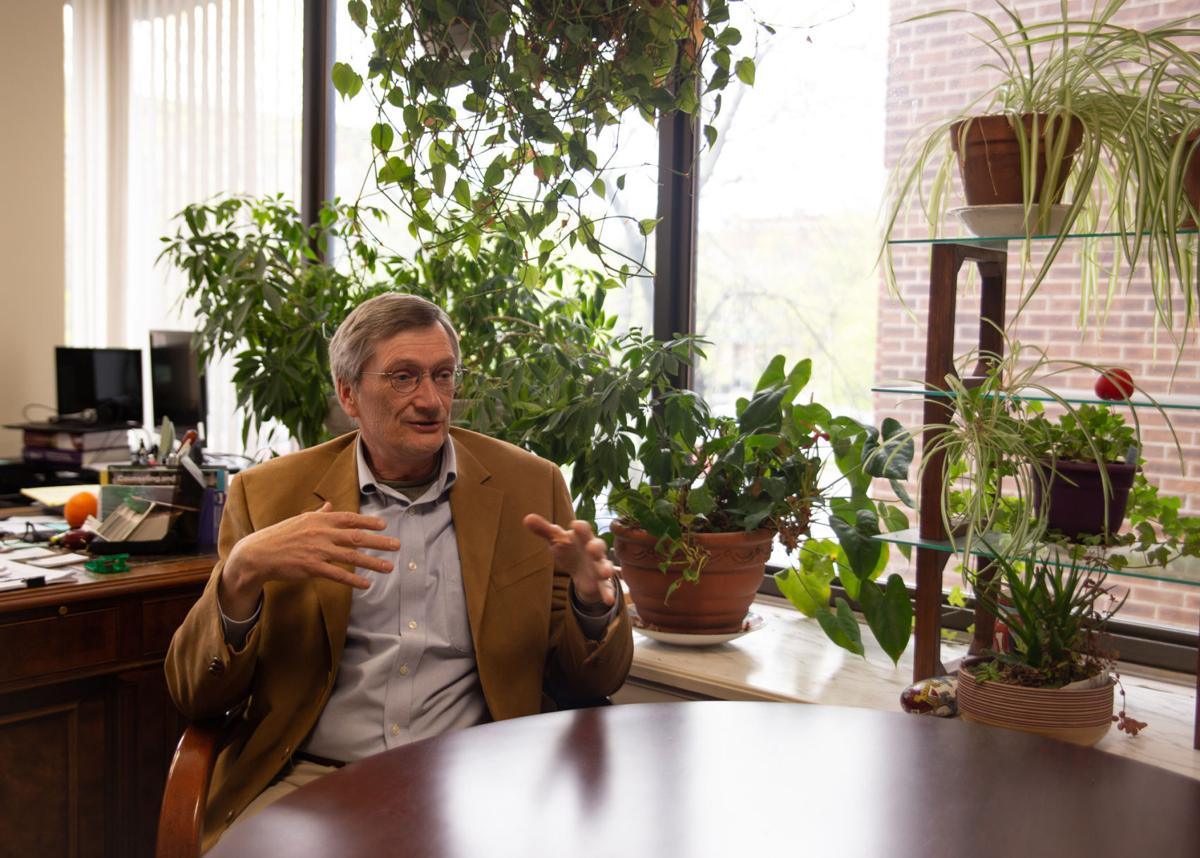 “If we had 10 more counselors, we could keep them all busy,” says Phil Wyzik, CEO of Monadnock Family Services, of the region’s mental health needs. He’s shown here in his office in downtown Keene on Wednesday. 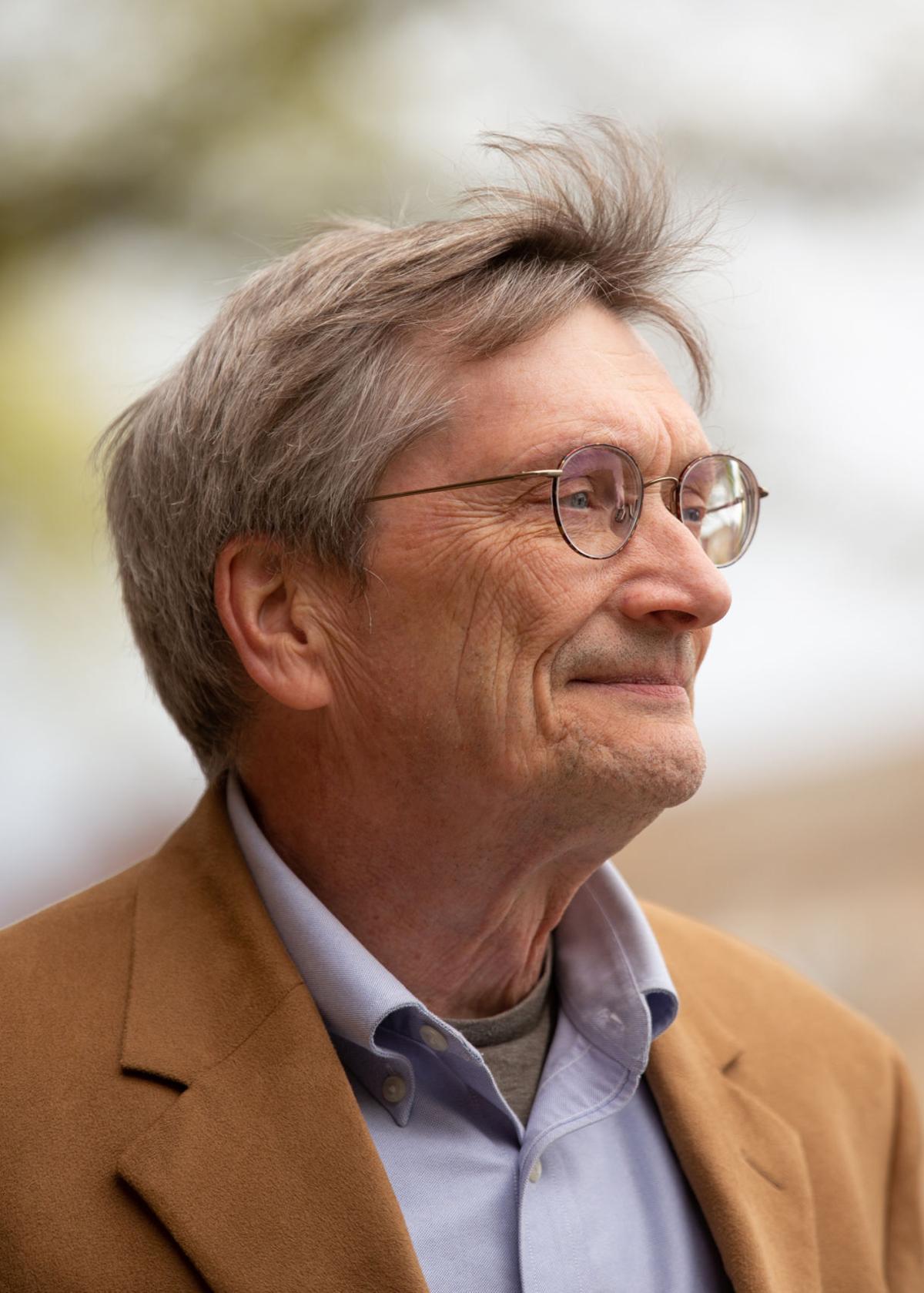 “If we had 10 more counselors, we could keep them all busy,” says Phil Wyzik, CEO of Monadnock Family Services, of the region’s mental health needs. He’s shown here in his office in downtown Keene on Wednesday.

From a corner office overlooking downtown Keene, Phil Wyzik leads a nonprofit organization that is often the last, best hope for people in the region with debilitating mental illnesses.

“What brings me to work every morning is we help people” who lack the resources to get treatment or services elsewhere, says Wyzik, who has been chief executive officer of Monadnock Family Services since 2012.

MFS is one of 10 private mental health centers throughout the state that are contracted with the N.H. Department of Health and Human Services to provide publicly funded mental health services to individuals and families.

Wyzik, a self-effacing man with both a charming smile and a calming manner, describes mental illness as the perennial “stepchild” of the medical field, underfunded and misunderstood, yet extremely complex.

“It’s very hard to speak in generalities; there is no ‘one’ face of mental illness,” says the 65-year-old, who moved from Connecticut to Alstead when he took the MFS job and then moved to Keene two years later. He is a father of two, Elizabeth Wyzik, an intensive-care nurse in Portland, Ore., and Daniel Wyzik, who owns a marketing and branding firm with his wife, Laura Shim, in Keene.

“It’s a tough road for people because there is so little we understand about the brain, probably the most complex thing in the universe, and we’ve barely scratched the surface of how it works.”

So deep is the mystery of mental illness, he says, “that for so long we didn’t know what to do except institutionalize people.”

Monadnock Family Services, with 185 employees and a $12 million annual budget, offers a plethora of services that includes medical evaluations, personal and family counseling, medication monitoring and personal care assistance. The organization has two offices in Keene and one each in Jaffrey, Peterborough and Winchester. Its footprint encompasses the entire Monadnock Region.

MFS also runs Emerald House in Keene, a transitional residence and treatment center for people recovering from mental illness, specializing in teaching independent living skills, nutrition, budgeting and social interaction. In addition, the organization maintains a program called Assertive Community Treatment, which is a team of professionals and paraprofessionals who specialize in intensive care for adults with complex needs, and a Dialectical Behavioral Therapy unit that assists people who have had traumatic experiences, helping them cope with intense emotions.

In all, MFS treats 2,400 patients a year, according to Wyzik.

Still, despite MFS’s size and wide range of programs, he says it’s not enough to handle the scale of the region’s mental health needs.

“If we had 10 more counselors, we could keep them all busy.”

Despite the Sisyphean task before him — he says the job is never far from his waking mind — Wyzik says there are positives to which he can point.

One, “I wouldn’t say we’re on easy street, but our finances are stable.” Two, MFS enjoys wide community support, and three, Wyzik says its board of directors is very strong.

“They understand the function of the institution without getting into the weeds of the operation,” he says. “They read every word we provide them, show up at every meeting, and they are serious but friendly.”

One continual challenge, he says, is that MFS is tethered almost completely to state funding for its budget, and must accommodate the vagaries of what the Legislature decides to dole out for mental health care every year.

“The state holds all the cards,” he says.

During the 35 years he has spent in the field, Wyzik says he’s witnessed significant changes, primarily in the efficacy and sophistication of the pharmaceuticals available today.

“What we have seen are many treatments and interventions that are known to be effective. Medicines can be very effective, they’re one tool of many we now have.”

What hasn’t changed, though, “is widespread misunderstanding of what mental health conditions are all about ... the stigmas, the false ideas of mental illness that people bring with them,” he says.

Many people, he says, simply plod along in their lives, and others around them would have little idea they struggle with mental illness. And, they often don’t seek treatment until the affliction reaches an acute stage.

Complicating this, the COVID-19 pandemic has exacerbated many people’s mental health problems, overlaying stress and anxiety onto chronic conditions.

“Throw stress onto any illness, and it’s going to get worse. The pandemic has removed the structure that grounds you,” he explains.

“There’s a new term now being used called ‘languishing,’ which is not exactly depression — it’s not like you don’t want to get out of bed in the morning — but you’re not at your best, either. You just feel bad, nothing feels great; you’re plugging along.”

Further deteriorating many people’s mental health is loneliness, a growing condition of existence for many, especially the elderly, he says.

“I think people would be surprised just how isolated and alone people are. There are many, especially older people, who just don’t feel they belong. I wish the community were more connected to one another.”

Substance abuse, too, has been a perennial issue in mental health. “It’s always been there; the drugs have changed, but the addiction remains the same,” he says. “Certainly, there are more dangerous drugs around, and more overdoses. Fentanyl can kill you.”

Wyzik also stresses that professionals in mental health care now strongly emphasize changes in diet, exercise and sleep for patients, all of which can ameliorate some of the effects of their illnesses.

“I wish everyone, too, would try to learn about meditation, yoga, prayer — things like that — and put away all the technological distractions, just to feel good in your own skin.”

Wyzik was born and raised in Springfield, Mass., the son of Emil and Natalie Wyzik and the grandson of Polish immigrants. He graduated from Cathedral High School and enrolled in Assumption College in Worcester, where he earned a bachelor’s degree in religious studies. From there he spent five years teaching religion, art and social studies at Catholic schools in Somerville, Fitchburg and Worcester.

During his time teaching, he also earned a master’s degree in counseling psychology from Assumption and in 1983 was hired as a substance abuse counselor at Chandler Street Center in Worcester. The following year, he became director of rehabilitation at the Worcester Area Community Health Center.

“I discovered I loved the work,” he says. “I’ve had no regrets about my career decision.”

He took on increasing responsibilities as an administrator in his next two positions. In 1991, he became the senior vice president of operations for West Central Behavioral Health in Lebanon, N.H., a job he held until he was hired as the president and chief operating officer at the Mental Health Association of Connecticut in West Hartford. He worked there from 2008 to 2012, when he assumed the top position at MFS.

In his role as an administrator, Wyzik describes his style as “more about leadership, not management. It’s about bringing in wisdom and compassion. You have to know how people tick. But sometimes it’s plain-old guesswork based on the information you have. You have to leave room for advice and expertise, and you come to lean on your on-the-job learning.”

It’s a role he holds with great seriousness. “If I screw up, a lot of people downstream suffer.”

It’s also a job to which he feels perfectly suited.

“My service ethic and faith tradition and values compel me to work to help people,” he says. “I love what I do.”

At a glance: Philip Wyzik