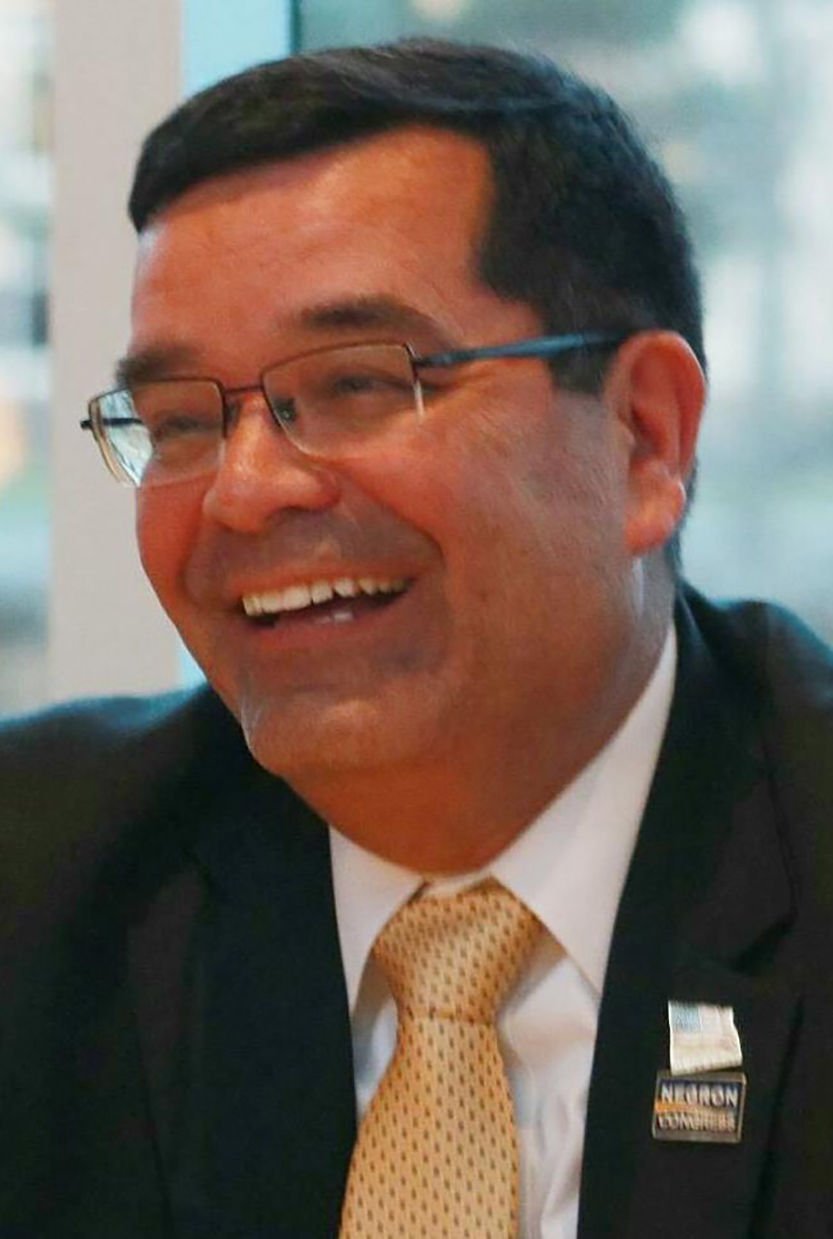 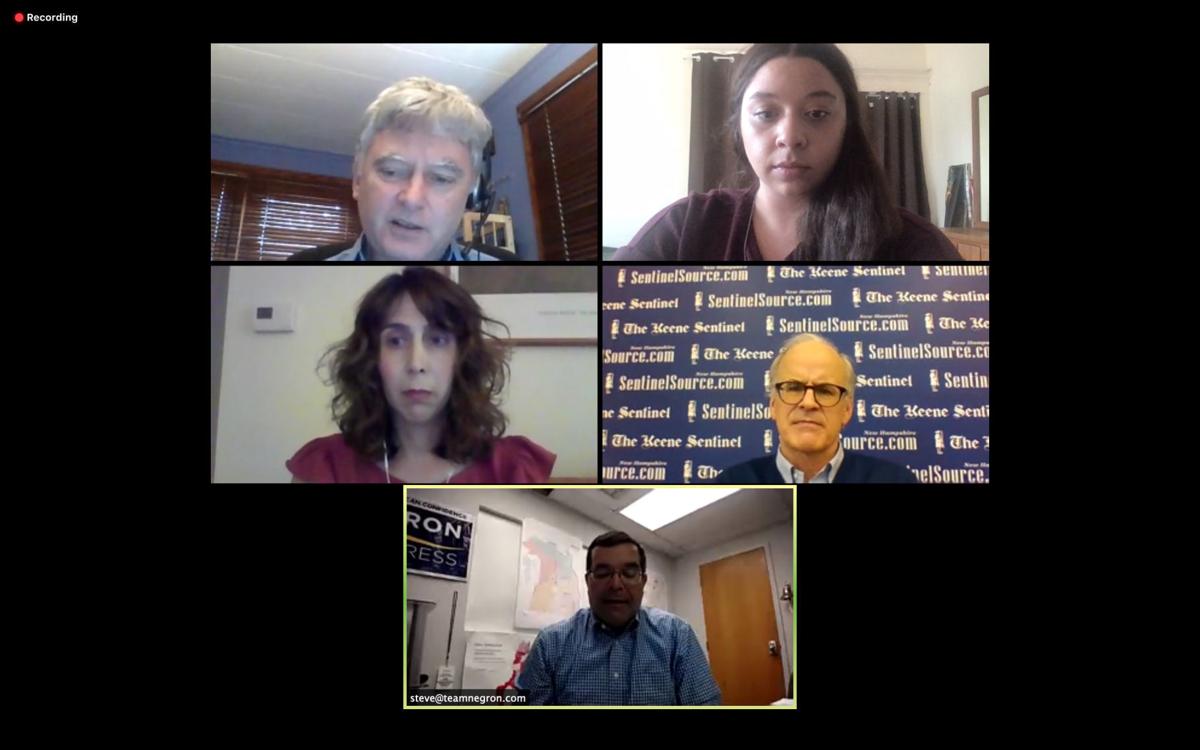 The last time he ran for Congress, Steve Negron said he believed Washington is broken and, if elected, he would strive for cooperation and compromise between parties. Two years later, he said he’s still an advocate for working together.

On Tuesday, in a virtual meeting with The Sentinel’s editorial board, Negron, a Nashua Republican, said there is a lot of common ground between the left and the right, but the hot-button issues that dominate public discourse tend to highlight the differences instead.

“I think it was Reagan who said if we agree 80 percent of the time, we’re not enemies,” Negron said. “It’s unfortunate that we have these little battle lines that are drawn — nobody wants to go across the line. But I think there’s plenty of things that are out there that we could do together that could be cooperative in nature and help the country go forward.”

On Nov. 3, Negron will challenge incumbent U.S. Rep. Annie Kuster, a Hopkinton Democrat, for her seat representing New Hampshire’s 2nd Congressional District, which includes all of the Monadnock Region. Andrew Olding of Nashua will also be on the ballot as a Libertarian.

Negron, 59, is a former Nashua state representative and retired Air Force officer. In 2005, he opened Integron, a small Nashua-based engineering and consulting firm.

In Tuesday’s interview, Negron noted that party isn’t everything, and said he’d be willing to go against mainstream Republican opinions if he believed it to be in the best interest of his constituents.

The self-described “fiscal hawk” said he would favor spending on infrastructure projects that would increase Internet access in more rural areas, such as Coos County.

“I’m not afraid to go against my party,” he said, “because if that’s the right thing for the 2nd Congressional [District], that’s what I’ll do.”

However, he also said spending should be carefully considered, calling the ever-growing U.S. debt one of the country’s most urgent national security concerns. Especially when it comes to emergency spending related to the COVID-19 pandemic, Negron said he has a litmus test — whether a spending item directly addresses a problem related to the outbreak — and if it doesn’t, it should be set aside.

He also noted that he opposes cuts to Medicaid, Medicare or Social Security spending, some of the biggest drivers of the nation’s debt. However, due to demographic changes, he said there will come a time when more people are benefiting from Social Security than are paying into it.

“We’re at a breaking point right now,” he said. “We need to do something fundamentally to make sure that what’s being utilized today will still be there, in some form or fashion, in 20 years or 25 years. We have to have some hard discussions.”

Despite his military background, Negron said one area where spending could be more efficient is the Department of Defense. The DOD’s first-ever audit, released in late 2018, showed a number of areas with wasteful spending, Negron said.

“Every year, these budgets get bigger and bloated, and nobody’s being held accountable to execute the budgets,” he said.

Asked whether he thought the U.S., and President Donald Trump, had handled the coronavirus pandemic well, Negron said he feels the federal government did the best it could with the information available. He noted that the administration halted incoming flights from China early on in the pandemic. He responded to recent reports that Trump knew more about the virus last winter and spring than he let on to the public by suggesting the president didn’t want to cause a panic.

Negron also spoke about another issue that has been in the forefront this year. Negron, who is Hispanic, said he has encountered instances of racism like those being discussed today.

Though he spoke in favor of holding police officers who abuse their power accountable, he said he does not believe there is systemic racism in the United States. He said that while there is always room for improvement, he feels things have been getting better by and large for people of color in the U.S.

“The litmus test for me is, ‘Are we better today than we were in 1950, or ’60, or ’70, or ’80?’ “ Negron said. “From my own personal experience, absolutely. I mean I’m sitting here in front of you as a 100-percent Hispanic running for Congress, and that couldn’t have happened for my father, or my grandfather coming from Mexico.”