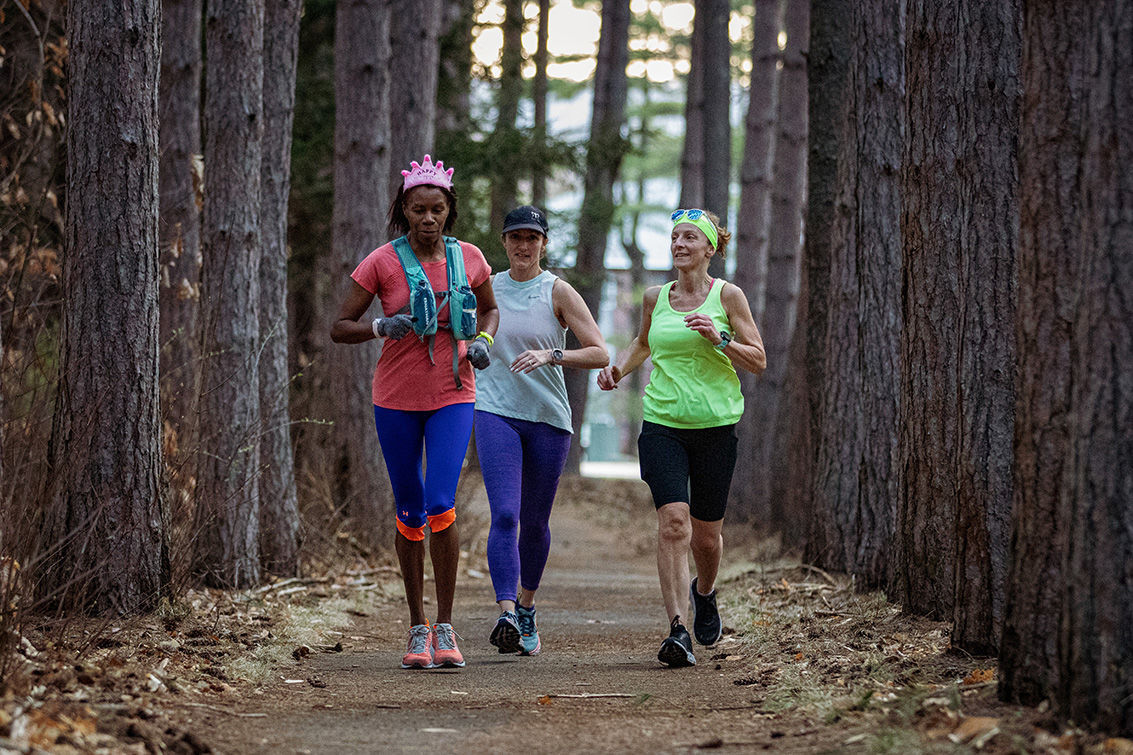 Sandra Allen (left) is joined on her birthday run by Kirsten Leach (center) and Kim Cotter. 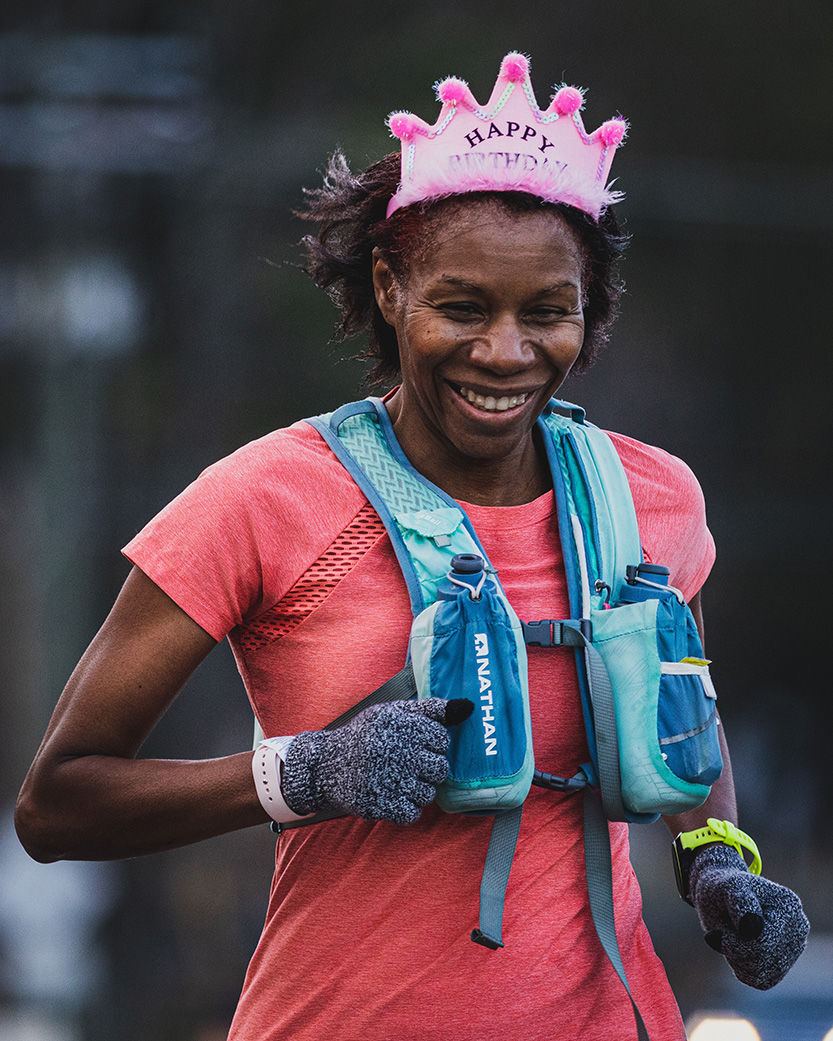 Sandra Allen of Keene runs 51 miles for her 51st birthday.

Sandra Allen (left) is joined on her birthday run by Kirsten Leach (center) and Kim Cotter.

Sandra Allen of Keene runs 51 miles for her 51st birthday.

Like many people, Sandra Allen was frustrated that the COVID-19 pandemic disrupted her plans last year.

Allen, an avid runner who moved to Keene from Concord in 2016, had been registered in a half ironman — a long-distance triathlon — and the local Clarence DeMar Marathon, but both events were canceled. A trip to Key West that her husband, Rusty, had planned for her 50th birthday was also bagged.

For her 51st last week, Allen vowed not to let the pandemic spoil her celebration again.

Her idea? To run 51 miles — the equivalent of nearly two marathons.

“I wanted to do something that couldn’t get taken away from me,” she said.

Last November, Allen asked another local distance runner, Thomas Paquette of Keene, to help her train for the 51-miler. She told Paquette to keep the plan a secret.

By Christmas, though, Allen had worked up the nerve to tell her family how she wanted to celebrate her birthday.

“Everyone was so supportive,” she said. “They didn’t make me think that I was crazy.”

Allen was used to logging 15 to 20 miles per week, having regularly run long-distance events, including the 45-mile Ghost Train trail race in Milford three times. Paquette’s regimen called for building up to around 50 miles each week, though.

“The roads were just crappy, and drivers weren’t very nice that day,” she said. “They had said it was only going to be a few inches, but it turned out to be a lot more, so I was a little crabby.”

It was ironic, Allen said, that when it came time for her 51-mile run April 10 — two days before her birthday — the biggest challenge was heat, with temperatures climbing well into the 70s. (In an appropriate coincidence, Allen said it was 51 degrees when she started at 5 a.m.)

Her route, which included five different loops from the Panera Bread parking lot on West Street, was designed to make it a social event.

Allen said she wasn’t alone for a single step of the 10½-hour odyssey, crediting her friends — who she said “wouldn’t shut up” — for keeping her mind off running when they joined at various points along her route.

Changing into a different brightly colored outfit after each segment, Allen said those intervals pushed her to keep going.

“I remember coming off of the [Ashuelot Rail] Trail at mile 40, and the Panera parking lot was just cars everywhere,” she said. “… Everyone was there. The thought of not finishing just didn’t occur to me because all these people had showed up.”

Even after her 51-miler, Allen isn’t ready to relax.

She and her son, Jaden, 25, who ran the final four miles with her April 10, participated in a 5k in Londonderry on Saturday — just one week later. She plans to run the New England Green River Marathon, from Vermont to Massachusetts, in August and also has her eyes on a few half marathons later this year.

With Paquette’s help, Allen said she is training smarter and running faster, even logging a personal-best time at the Shamrock Half Marathon in Manchester last month.

More than any changes to her running routine, Paquette said it was important for Allen to prioritize eating and sleeping well and hydrating. Focusing solely on running, rather than swimming and cycling in preparation for a triathlon, also improved her strength in that discipline, he said.

Paquette explained, however, that Allen’s success was equally a product of her mental toughness, adding, “I can’t coach that.”

“She just has this flair, this spark in her that nothing will stop her,” he said. “If she has her mind set on something, she’ll do it.”

How that spark will burn when Allen turns 52 is unclear. She mused that she may take inspiration from a 90-year-old man who recently ran 90 laps on a track to celebrate his birthday.

For now, she remains committed to something that she said pushed her to keep going for 51 miles, even when she felt hot, tired and worn out.

“My personal mantra was there’s going to come a day when I won’t be able to run, and today is not that day.”