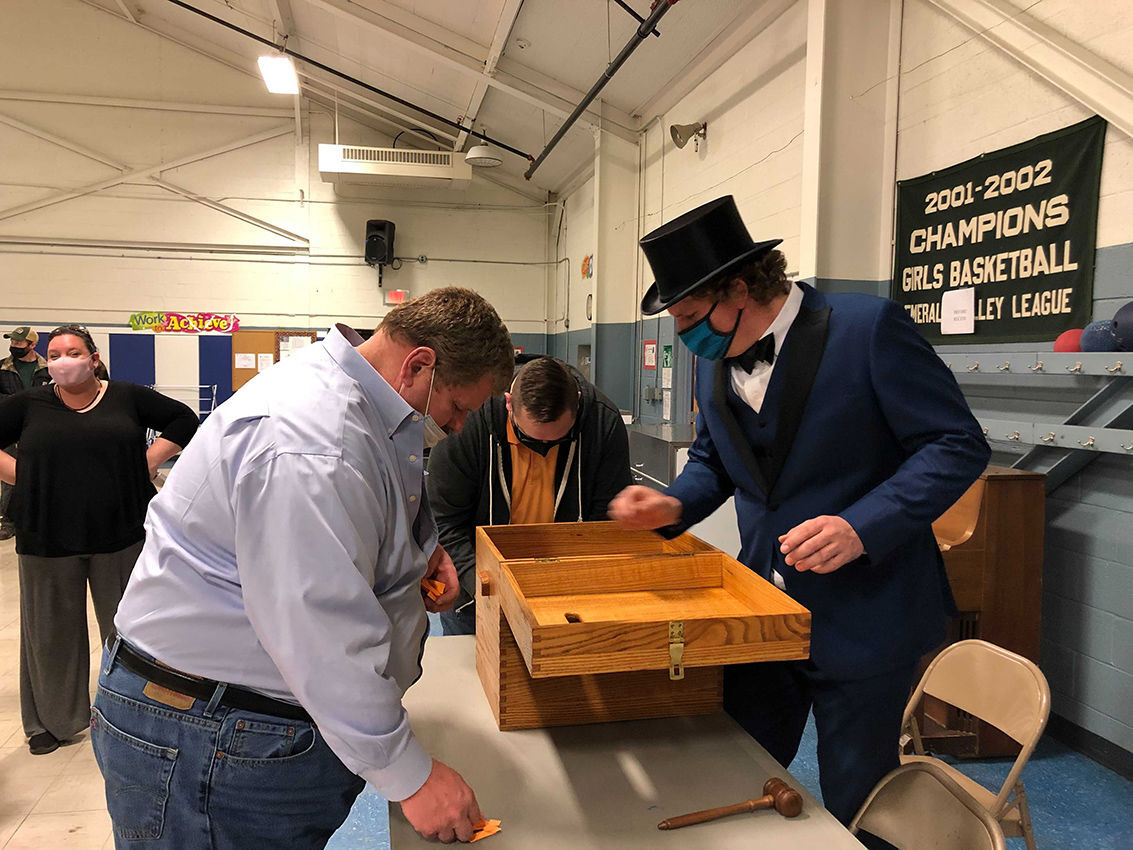 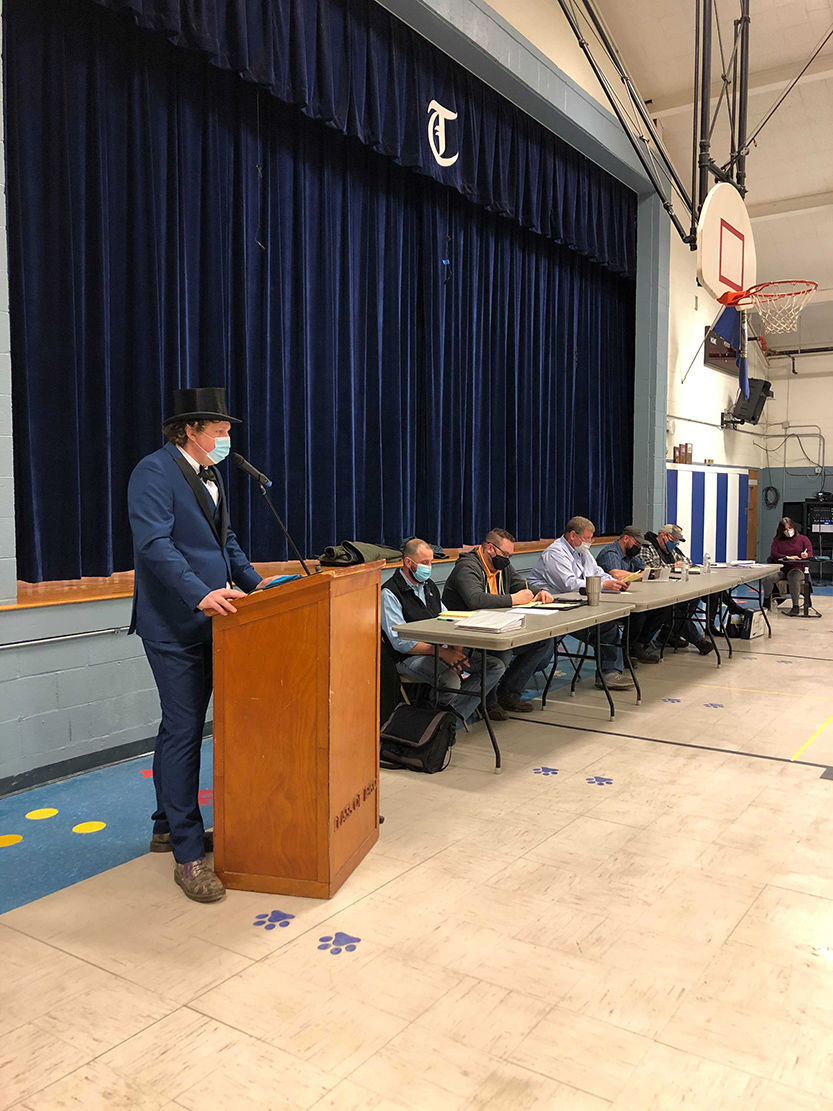 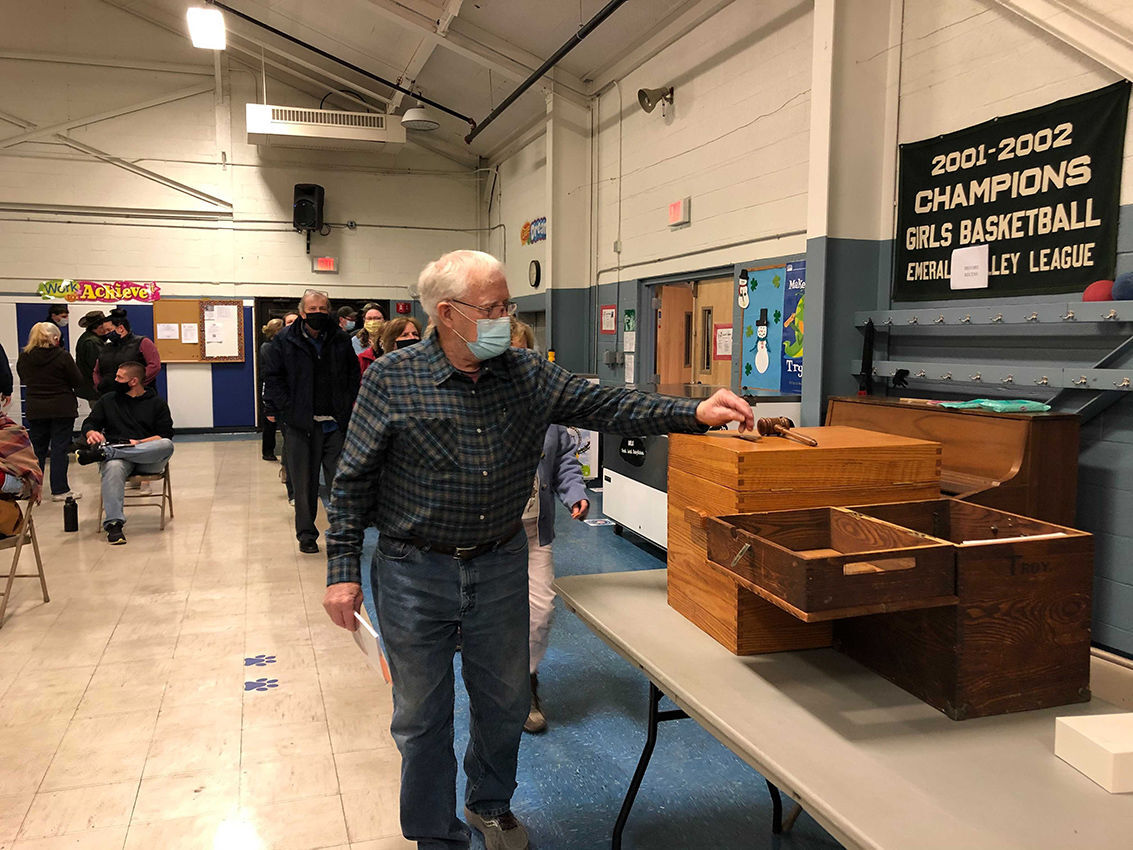 The project will be funded by $222,311 in municipal bonds, to be repaid fully by the broadband provider Consolidated Communications via user fees. Consolidated will also contribute $1.4 million to the installation effort, according to Doug Batchelder, a member of the town’s broadband committee.

Batchelder said the maximum user fees for residents who choose to receive broadband service will be $9.50 per month, adding that the charge could fall as more people opt into the program.

Broadband committee member Lisa Steadman said 27 percent of Troy residents do not currently have access to high-speed Internet and that broadband expansion will give all of them a chance to receive that service.

Steadman, who also represents Troy on the Monadnock Regional School Board, said that group includes 40 local students who attend public school and at least a dozen who are homeschooled. The broadband project will help them, in particular, she said, noting that remote learning during the COVID-19 pandemic has exacerbated the so-called “digital divide” between students with and without reliable Internet at home.

“It’s just so unfair to the kids that don’t have access to the Internet,” she said. “It’s putting them further behind.”

Steadman added that the project will be a boon for property owners, since research indicates that access to high-speed Internet increases home values.

Troy voters also easily approved a $2.1 million operating budget for the current calendar year. That figure represents a 33.5 percent increase from the town’s 2020 budget, but selectboard Chairman Dick Thackston explained that much of the increase — about 31 percent — was due to the addition of the town’s water and sewer commission budget to the general municipal budget. (That budget was voted on as a separate warrant article in previous years.)

Before passing this year’s budget, residents approved an amendment adding $3,000 for the town’s ambulance service.

First Deputy Fire Chief Joe Callahan proposed the amendment, telling meeting attendees that the fire department needed additional funds to hire someone to provide emergency medical services training. The department had been receiving EMS training from a volunteer since 2015, he said, but that volunteer can no longer help due to work and family obligations.

Attendees passed a warrant article establishing a new expendable trust fund for the demolition or repair of hazardous and dilapidated buildings, which Thackston said can be used to finance critical infrastructure work.

They also approved an article allocating a total of $87,200 to various capital reserve funds and another article authorizing the town to spend $125,000 for road maintenance on Quarry Road and Bigelow Hill Road. Those repairs would largely be funded by a state highway grant and the town’s highway capital reserve fund, with nearly $25,000 to be raised through taxes.