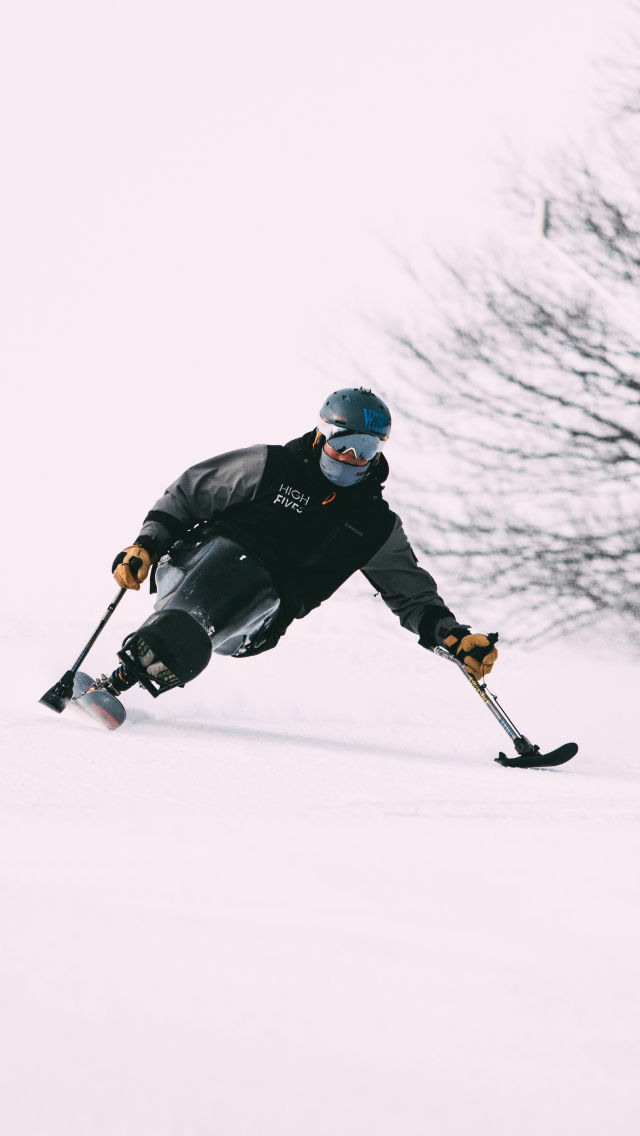 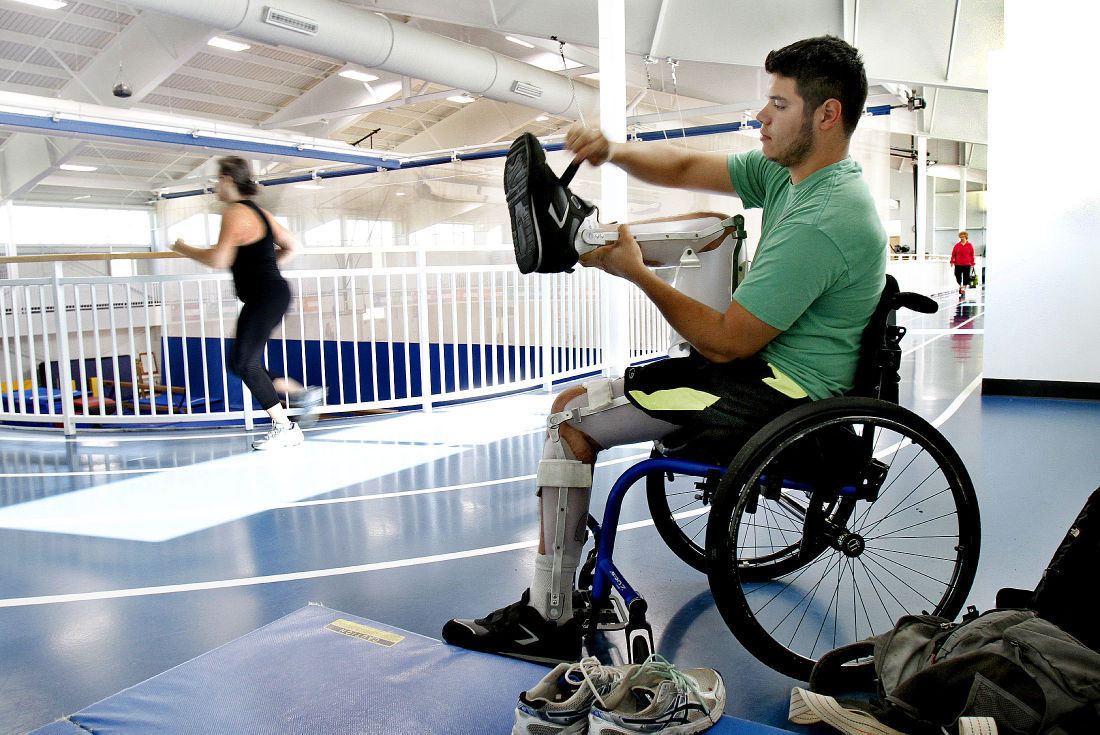 In 2015, Trevor Kennison straps on the leg braces he used together with a walker to get around the Keene Family YMCA’s indoor track.

In 2015, Trevor Kennison straps on the leg braces he used together with a walker to get around the Keene Family YMCA’s indoor track.

Trevor Kennison is living out his dream.

With a spot secured for the 2022 Winter Paralympics and being paid to ski every day, the Keene native said he feels complete.

“I just absolutely love this sport. I fell in love with it,” the 27-year-old said.

But five years ago, this dream was almost shattered.

While living in Colorado, Kennison was snowboarding in the back country of the 10,662-foot-high Vail Pass when he hit a 40-foot jump and caught an edge. While in the air, he started rotating forward, and tucked into his board to prevent himself from landing face first.

“I literally went off-axis immediately,” Kennison told The Sentinel a month after his accident. “I was basically parallel to the ground … and the ground was coming up fast.”

His lower back hit the ground first, leaving him paralyzed from the waist down.

He moved back to Keene to be with friends and family as he tried to focus on his health and learn to walk with braces. And while he dabbled in other sports, such as wheelchair basketball and hand cycling, skiing wasn’t necessarily in the cards.

It wasn’t until just over a year after his accident that he was cleared to learn how to adaptive ski.

Kennison uses a single wide ski, known as a mono ski, attached to a chair. Adaptive ski poles, called outriggers, are then used to help control his speed, balance, turning and stopping.

He flew back to Colorado to his sister Ashley’s house, and the two immediately headed to the mountain. Wearing his brother-in-law’s ski gear and renting adaptive skiing equipment, he began honing his new craft.

After only half a day of practice, Kennison said he couldn’t feel his hands from getting used to the outriggers, but still couldn’t have been happier.

Now four years since that first day, Kennison lives in Winter Park, Colo., and has taken the adaptive skiing world by storm. His Instagram page — with more than 20,000 followers — features video after video of Kennison hitting 60-foot jumps, nailing back flips and grinding guard rails.

He’s also been featured in short ski films, has traveled around the world and is a High Fives athlete. The California-based nonprofit organization provides grants for rehabilitation support to athletes with life-altering injuries as a result of mountain sports.

“It’s pretty crazy how it’s all blown up,” he said.

Kennison is both a ski racer and free skier — a style performed on natural, ungroomed terrain without a set course or rules — which he said is fairly uncommon among professionals.

But he said he just can’t get enough.

“I live it, I breathe it, and I’m constantly doing it,” he said.

In the Paralympics, to be held in Beijing in March of 2022, Kennison will be competing in slalom racing — an alpine-skiing discipline involving skiing between poles or gates, and the only category for competitive skiing.

He will represent Colombia, his mother’s home country, in the competition, as he’s in the process of becoming a dual citizen.

And though he’s thrilled to have this chance to compete, he admits he’s just grateful he’s come this far.

After all, being on the mountain is all he’s ever wanted to do.

“I get smiley just thinking about,” he said.