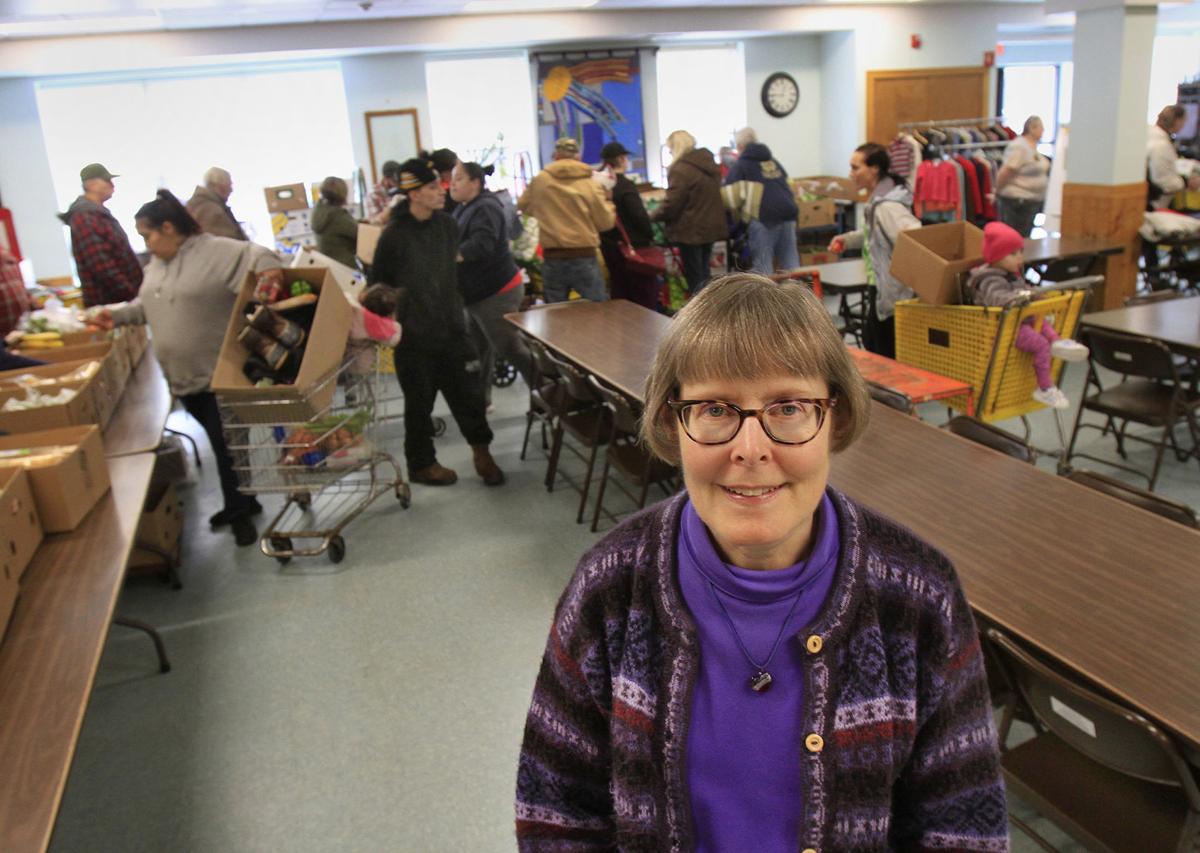 Debbie Hutchings of Walpole has volunteered at The Community Kitchen in Keene since March 2006. She’s shown here on pantry day at the kitchen Wednesday. 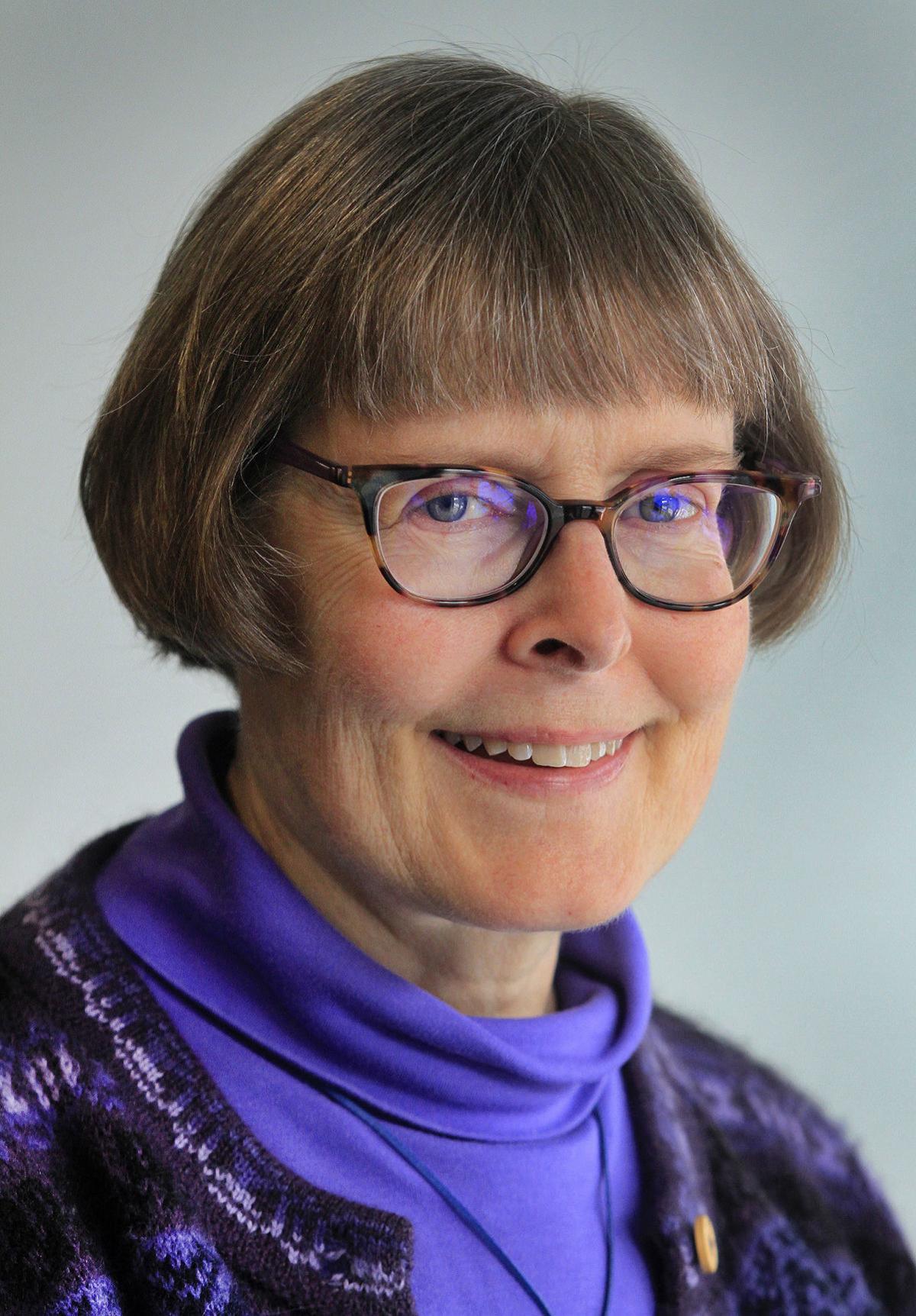 Debbie Hutchings of Walpole has volunteered at The Community Kitchen in Keene since March 2006. She’s shown here on pantry day at the kitchen Wednesday.

Retirement is usually for focusing on oneself, but Debbie Hutchings is spending it helping others.

The Walpole resident has been a devoted volunteer at The Community Kitchen in Keene since March 2006, shortly after she and her husband, Stanley, retired and moved from New Jersey.

Stanley, a pharmaceutical chemist, had planned on retiring early, but not in Bloomfield, N.J.

“We had a house that was only about 20 feet from the neighbors’ houses ... it wasn’t a place we wanted to retire,” Hutchings, 63, explained. “Whenever we went someplace, we’d say, ‘Could we live here?’ ”

After a trip to visit family in Windham, N.H., the couple took the scenic route through the state on the way home. When they found Keene, Hutchings said it felt like a good fit.

“We came back for a week and drove all over Cheshire County and made a list of the towns we liked, and Walpole was at the top of the list.”

But coming off a more than two-decade career in information technology for Prudential Financial and IBM, the Syracuse, N.Y., native said she wasn’t sure what her time in the Monadnock Region would be spent on.

She quickly realized she needed to find a new purpose.

“After we got a couple of rooms painted and started to unpack, I started to lose track of what day of the week it was,” Hutchings said, noting she was worried about getting dementia. “I needed to find something to do.”

So she headed to the Monadnock RSVP Volunteer Center, where she was told The Community Kitchen had a vacancy in registration.

She loves office work, so she thought it was worth a shot to try it out.

“I’ve been here ever since,” she said.

Hutchings’ responsibilities at the kitchen vary, but she typically spends her days there — Wednesdays and Thursdays, when the pantry is open — signing up new guests.

She also is responsible for re-verifying current guests each July, when the guest number needs to be updated for the N.H. Food Bank.

The food bank, in Manchester, supplies millions of pounds of food each year to partner agencies, such as food pantries, homeless shelters and soup kitchens.

On other days, you might find Hutchings utilizing her information technology background — one of her favorite parts of the gig.

“The IT piece has been interesting because that’s what I did for a career, so I can keep a pinky finger in that pot, and it makes the job more interesting,” she said.

The Community Kitchen offers food assistance through both its pantry and hot meals programs. While the pantry requires financial verification of need, anyone is able to enjoy the sit-down, hot meals the kitchen hosts on weeknights. The program also offers lunches on Sundays.

Nearly 18,000 people were served through the hot meals program last year, according to data provided by the organization, and another 3,500 by the pantry program.

Collectively, the two programs serve an average of more than 30,000 meals per month.

But even during days when the kitchen is packed, Hutchings remains calm, according to Executive Director Phoebe Bray.

“Debbie is a very even person,” Bray said. “A mad rush in the pantry program doesn’t faze her in the slightest. She’s very organized and has helped us set up a system that works very well for us as a small nonprofit.”

It wasn’t the number of people who use the service that shocked her when she first started, Hutchings said, but the range.

Rather than the stereotyped “lazy” person heading to the pantry, it’s more often your elderly neighbor on Social Security or a single parent struggling to find a stable job, Hutchings explained.

“It’s eye opening, really, the kinds of issues these people are facing,” she said. “It’s been an educational experience ... I think it personalizes the people.”

“She is a truly kind person and gets to know the clients and their families, which is great. We get to hear the highs and lows of their lives,” Bray said.

On top of her other Community Kitchen duties, Hutchings also brings in fellow members of the Monadnock Covenant Church once a month to serve dinner.

Hutchings and her husband, 70, are both active members of the church, at 90 Base Hill Road in Keene, where she is chairwoman of the outreach team.

The team aims to find ways the congregation can engage with the local community — perfectly intertwining with Hutchings’ commitment to the kitchen.

For several years, the church has run a food drive during Lent, has taken collections for a few area organizations and has teamed with Green Up Keene to pick up trash on Base Hill Road, according to Hutchings.

She said being involved in bettering the community — whether it be at the kitchen or through her church — gives her the sense of purpose she yearned for when moving to the region nearly 15 years ago.

“I like feeling like I make some difference and being able to help someone who’s in some distress,” she said.

But, she’s quick to note she’s not the only one.

Staying with The Community Kitchen for all these years has been easy, she said, as it really brings the best out in people.

“There’s a lot of people who really pour themselves into this organization,” she said, “which probably says a lot about the organization.”

At a glance: Debbie Hutchings