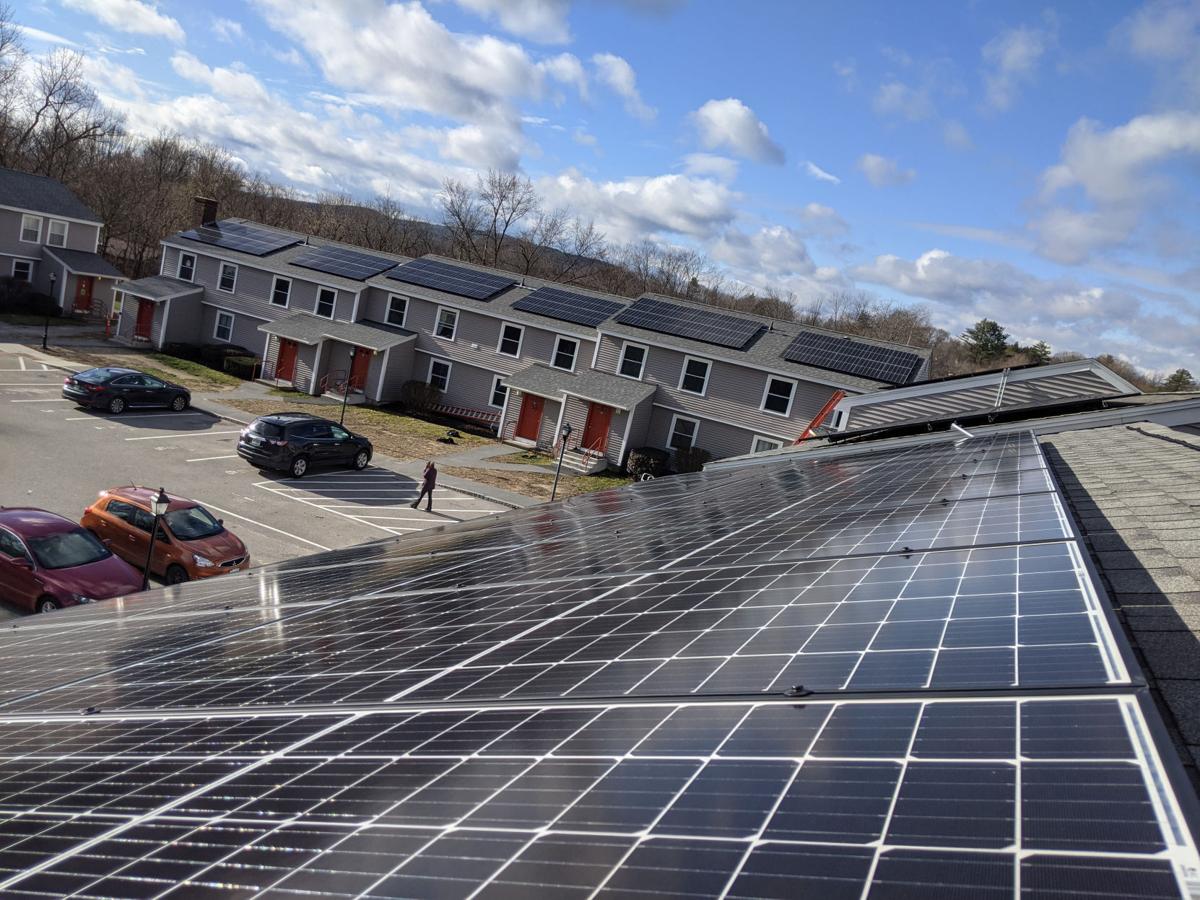 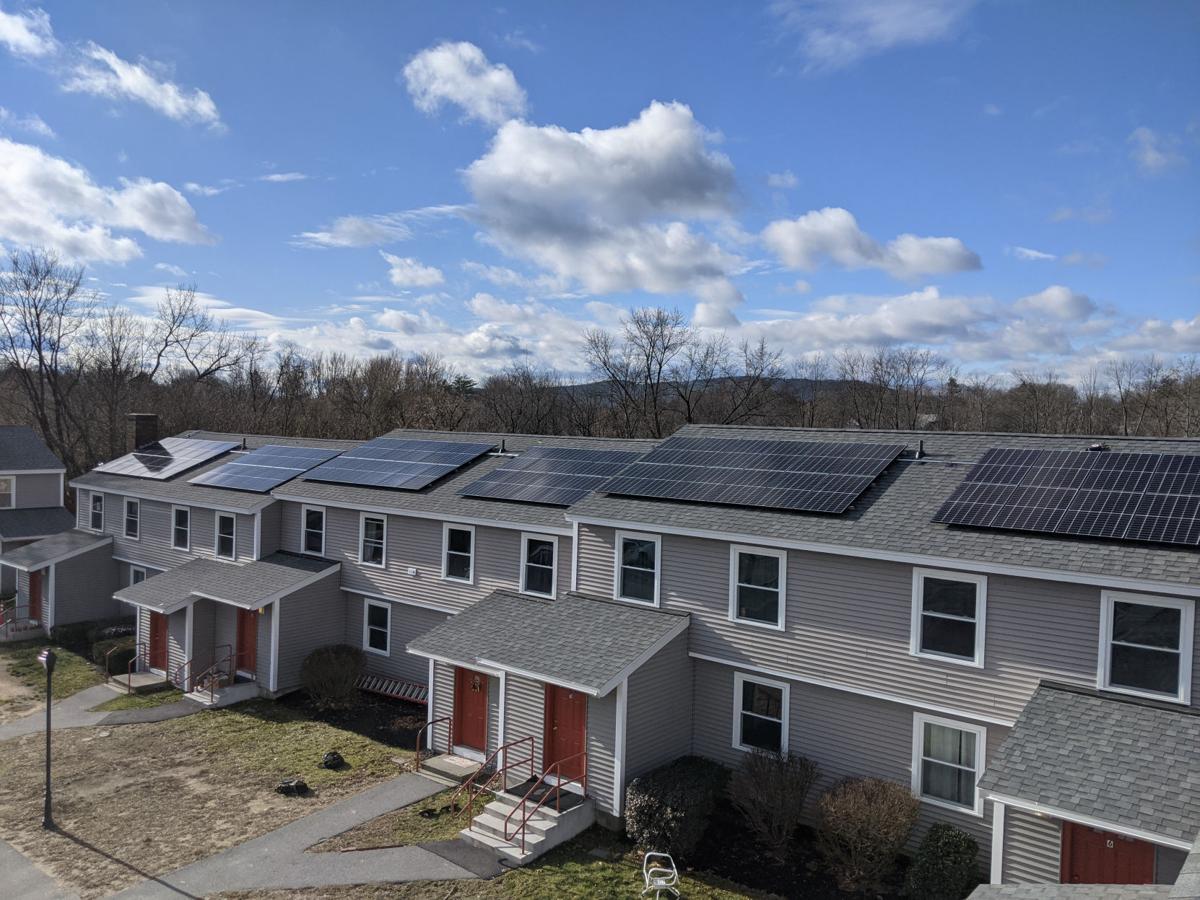 In its bid to rely solely on renewable energy, Keene Housing has placed 302 solar panels atop its North and Gilsum Street Apartments that it says will eliminate approximately 55 metric tons of carbon emissions each year.

The 98-kilowatt array recently became operational after it was installed in late fall by ReVision Energy, a solar provider based in northern New England, according to Keene Housing Executive Director Joshua Meehan.

He said the system will reduce Keene Housing’s operating costs — since the nonprofit covers the energy bill for its residents, who are of low and moderate incomes — meaning it can invest more in providing affordable housing and services.

The new array is the third solar development at a Keene Housing property in as many years, as the organization — which owns or manages more than 550 units in Keene and Swanzey — moves toward a goal of transitioning entirely to renewable energy by 2035. In 2018, Keene Housing outfitted the roof of its Harper Acres property in Keene with 300 panels, which eliminate about 60 tons of carbon pollution annually, according to a Jan. 22 news release. The organization installed 801 panels at its Forest View Apartments, also in Keene, the following year.

As with those projects, ReVision will own the new array, with Keene Housing purchasing the electricity generated for its North and Gilsum Street Apartments, Meehan said. That property comprises 29 units, each with three or four bedrooms, less than a mile from downtown Keene.

Together, Keene Housing’s solar arrays are expected to produce 470,000 kilowatt-hours of clean energy each year, eliminating more than 250 tons of carbon pollution annually — the equivalent of about 54 gasoline-powered vehicles, according to data from the Environmental Protection Agency.

“We are very excited to take this next step towards reaching our goal of being 100% renewable by 2035,” Meehan said in the release.

That commitment, which Keene Housing made in 2014, he said Tuesday, aligns with the city’s push for residents and businesses to generate all electricity via renewable sources by 2030 and switch all heating and cooling systems, as well as transportation, to renewable power by 2050. (Last week, city councilors adopted a plan to achieve those benchmarks, which the council established in a non-binding resolution two years ago.)

In addition to their environmental benefits, Keene Housing expects the new solar arrays to save the organization nearly $3 million in electricity costs over their lifetime, according to Meehan.

Through its contract with ReVision, the housing authority avoided up-front installation costs — all of which ReVision assumed, he said.

Keene Housing has agreed to purchase electricity generated by the new panels below the standard grid costs, he explained, since the ReVision rate is subsidized by investments from ReVision’s private financers. (Investors, in turn, receive a cut of the electricity payments plus tax incentives.)

As at its Harper Acres and Forest View properties, the organization will have an opportunity to purchase the new solar array in its sixth year. Meehan said it intends to exercise those options, noting that all the energy the panels generate after that point will be free.

“That’s when the savings really kick in for us,” he said. “… Every penny we can save on energy is a penny we can redeploy [to reduce housing costs].”

Since 2014, Keene Housing has eliminated about 680,000 kilowatt-hours of electricity through sustainable measures like improving insulation and installing energy-efficient lighting, in addition to the three solar arrays, according to Meehan. Those upgrades, plus reducing water usage, have saved the organization nearly $600,000 over that time, he said.

Although Keene Housing is still not close to its 2035 target, Meehan said it plans to install more solar and hopes state and federal officials will make even greater investments in renewable energy.

“We’ll continue to look for every opportunity we have to reduce our carbon footprint,” he said.