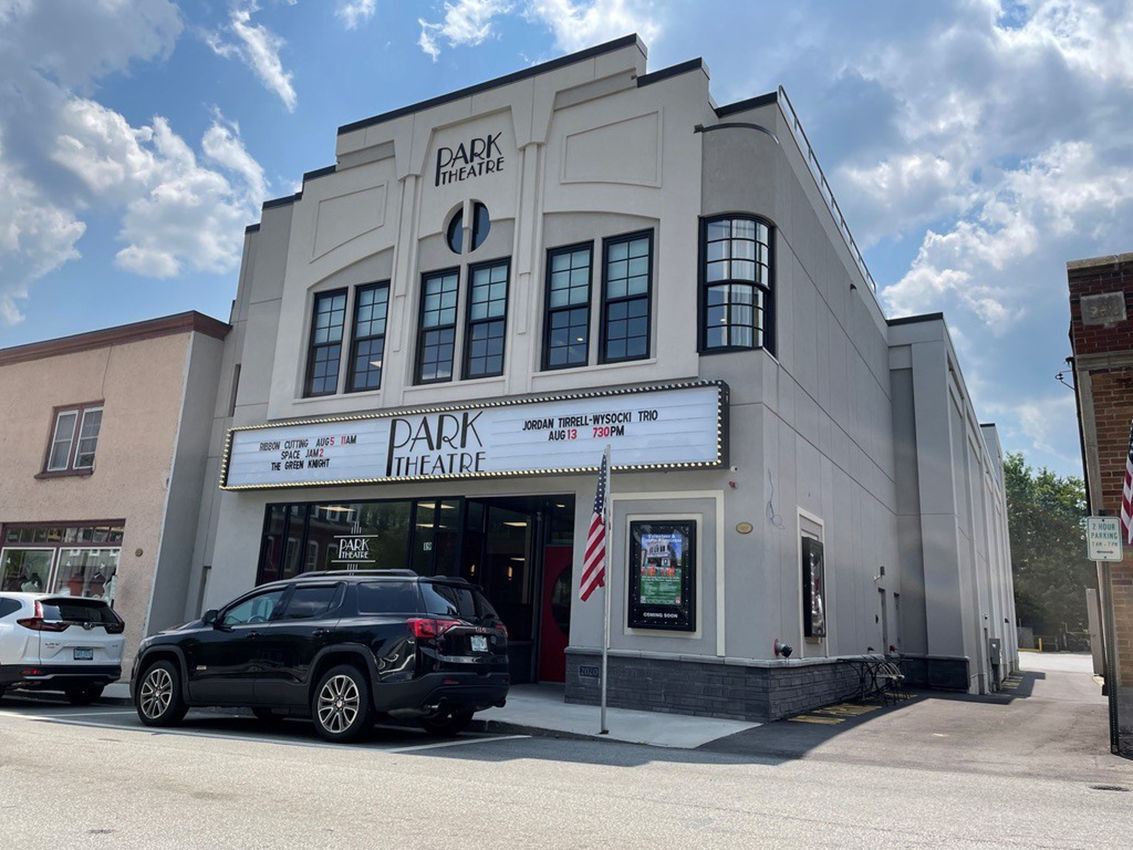 The new Park Theatre in Jaffrey is set to open next week. Below, the theatre’s William David Eppes Auditorium, named for a Peterborough resident who was an avid supporter of the arts. 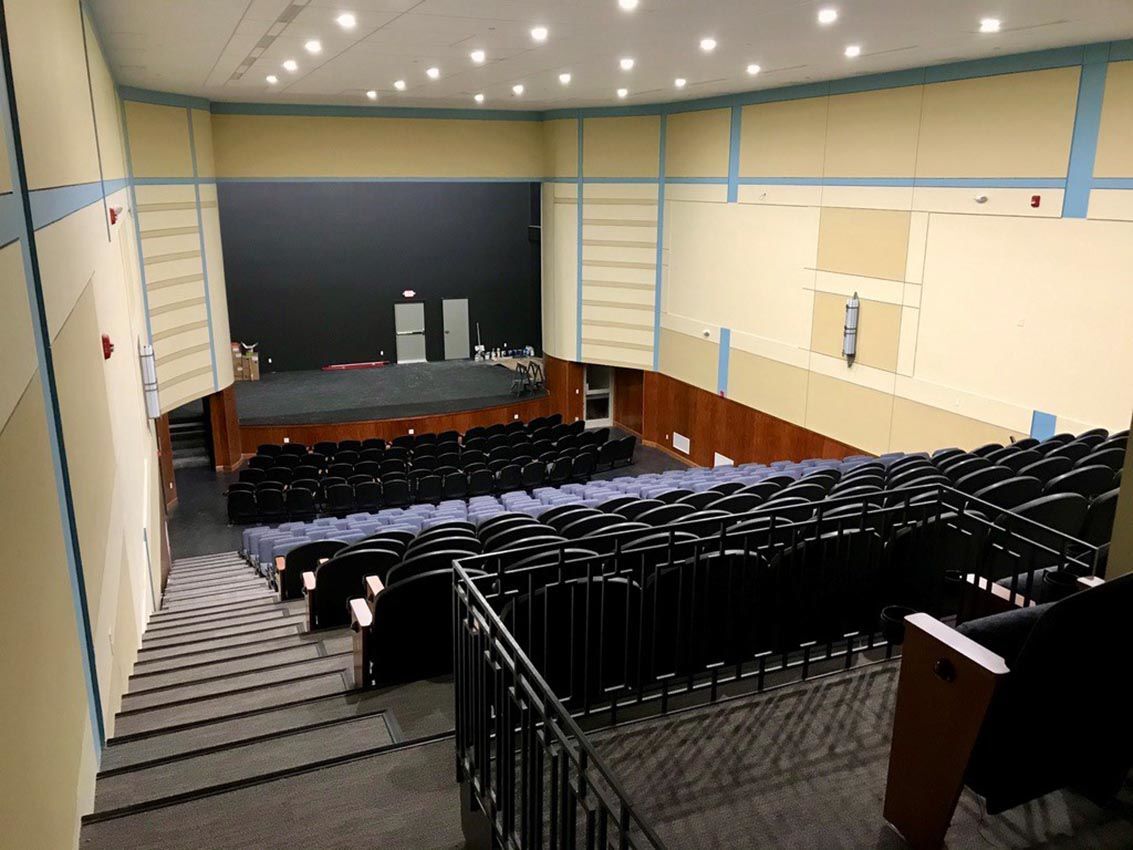 The Park Theatre's William David Eppes Auditorium, named for a Peterborough resident who was an avid supporter of the arts. 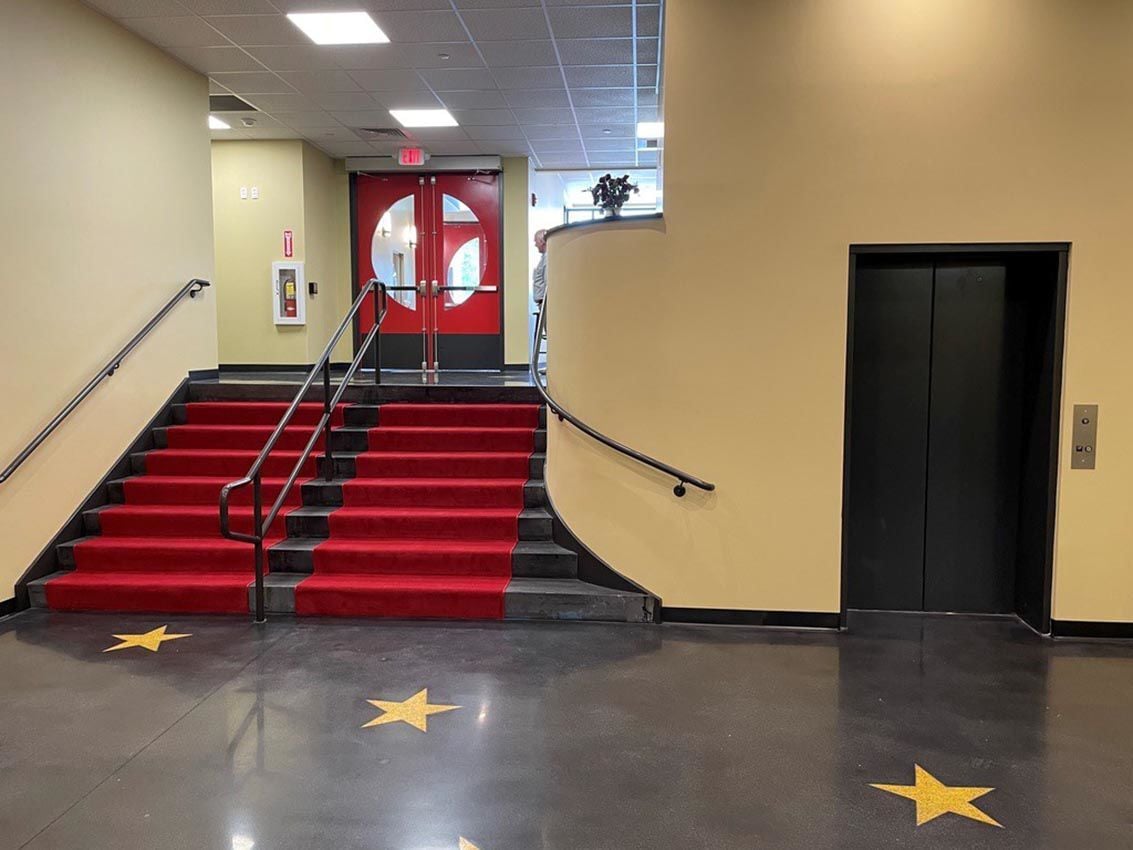 The lobby of the new Park Theatre 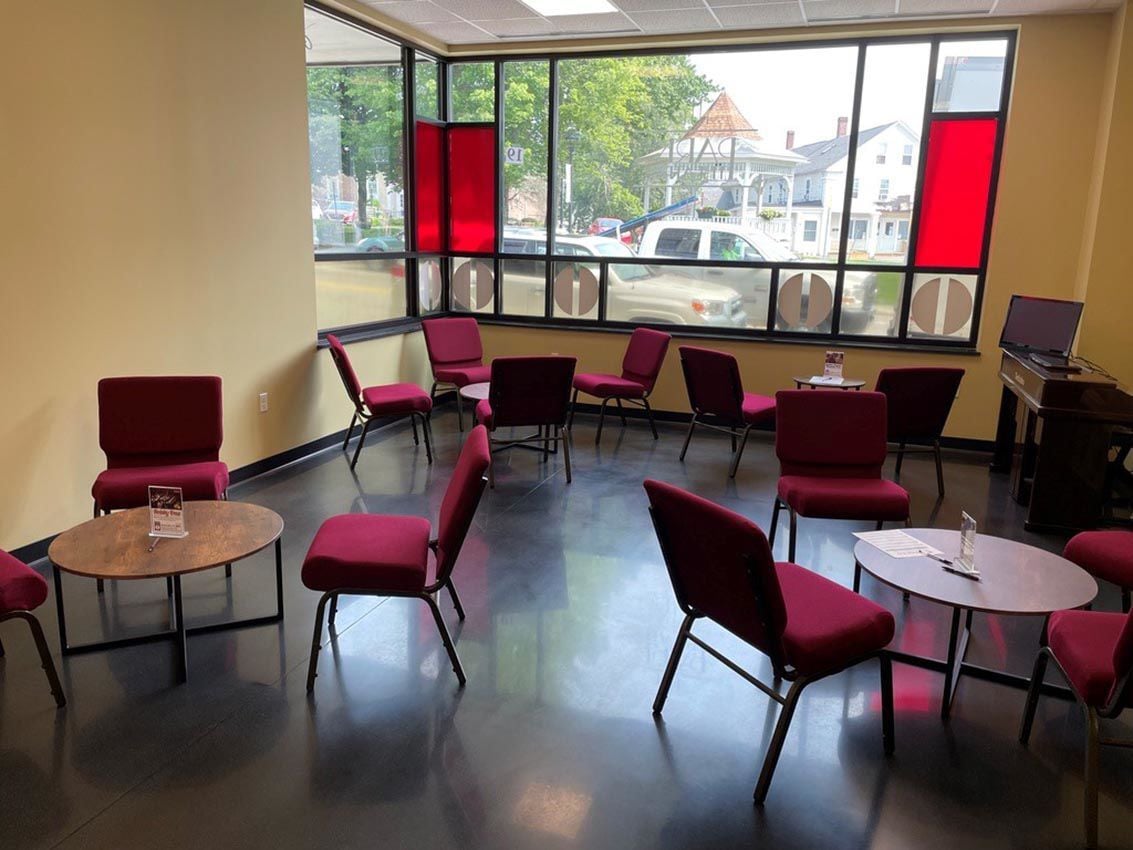 The patrons' lounge at the Park Theatre

The new Park Theatre in Jaffrey is set to open next week. Below, the theatre’s William David Eppes Auditorium, named for a Peterborough resident who was an avid supporter of the arts.

The Park Theatre's William David Eppes Auditorium, named for a Peterborough resident who was an avid supporter of the arts.

The lobby of the new Park Theatre

The patrons' lounge at the Park Theatre

JAFFREY — For two decades, members of the Jaffrey community have worked to reopen a historic downtown theater that had been closed for nearly half a century. Next week, the years of effort will finally pay off.

On Aug. 5, The Park Theatre on Main Street will open its doors to the public for the first time since 1976. It’s the culmination of a grassroots effort led by Jaffrey residents who saw the old theater replaced with a brand-new performing arts center that can accommodate a wide range of activities, from performances and films to private events.

Steve Jackson, who serves as the theater’s CEO and managing director, said that it’s exciting to be so close to opening — especially after the lengthy fundraising process to gather the more than $6 million needed to bring the project to fruition.

“It’s an exhilarating feeling,” Jackson said, “because so many people have worked so much, and so hard, on this project. When you’re in the nonprofit world, it’s not easy fundraising at any time. But on top of it, when you’re in a capital campaign to build a building, it’s extraordinary in terms of what needs to be raised.”

The Park Theatre opened in 1922 and was a central hub for film and vaudeville performances, according to a news release issued by the theater Tuesday, and remained an important part of the Jaffrey community until it closed more than 50 years later.

For years the theater has served as a retail space — once as a bike shop and later as an art supply store, Jackson said. But in 2005, members of the community formed a nonprofit group — named simply The Park Theatre — and began fundraising initiatives, which allowed the group to purchase the theater in 2006 from its previous owners, Roy and Nancy Stone, who had operated an art supply store out of the space.

Jackson noted that, during fundraising efforts, support came in the form of major donations as well as many donations of just a few dollars. Nancy Belletete, president of the theater’s board, said the reopening of the The Park Theatre represents the efforts of more than 1,000 people.

“We are so proud to present the new theater to our town, the region, and New England,” Belletete said in the release, lauding the work of Caroline Hollister, the Jaffrey resident who both Belletete and Jackson said “held the torch” to keep the project moving forward over the years. Hollister recently stepped down as president of the board.

Hollister, a lifelong resident of Jaffrey, remembers going to the theater often during her childhood. She said it was not only a place for fun but also a gathering place for the community, and a place where many people in the town can recall being employed during their youth.

She said it was a 2.5-mile walk from her house to the theater, but she and her friends made the trip all the time. She called her days spent at the theater “wonderful” and said that the movies were always good.

“That’s what I’m hoping we will be able to duplicate here at The Park Theatre rebuilt,” she said.

After years of trying to determine how to proceed, the theater’s board of directors decided that the old building would not be sufficient and should be replaced. The building had structural issues and wasn’t fully accessible.

“The board made a very, very tough decision,” Jackson said. “The building was not architecturally historically significant, but it had huge emotional value to the people of Jaffrey.”

The building was torn down in 2013, and by end of 2018, construction on the new theater was underway. Jackson said that the new building has “tasteful echoes” of the original structure and boasts two theaters — a main room that can seat 333 people and a smaller auditorium — as well as fully equipped dressing rooms, a large lobby and a patron lounge.

He said the space has also been designed for portions of the seating area to collapse to create a flat space that can be used for events like galas, wedding rehearsals, fundraisers and other events.

“We’re already booking out in May of next year for a gala fundraiser,” Jackson said.

The theater’s first day back in business will be celebrated with a “quarter day,” featuring 10-cent popcorn. Two classic films — “Field of Dreams” and Disney’s “Cinderella” — will be shown at 25-cent admission. That evening, the theater will transition right into its regular film showings, starting with “Space Jam: A New Legacy” and “The Green Knight.”

He said the theater is also already scheduling musical performances, with the first set to be an Aug. 13 concert by Celtic fiddle group, the Jordan Tirrell-Wysocki Trio. The theater will also offer a one-time showing of a documentary called “Last Boat from Bordeaux,” based on a book of the same name by Francis de Marneffe, on Aug. 11.

While the theater is nearly ready to welcome back the community, it will still need help keeping things running smoothly well into the future. Jackson encouraged anyone interested in volunteering to reach out to the theater to get more information.

Hollister said that after such a long process, she’s thrilled to see the goal she set back in 2005 realized at last. While she was sad to leave the board, she said it was the right time to let a new team of people take the reins.

“It’s been a much longer journey than any of us ever imagined,” she said. “In the end, it’s taken thousands and thousands of donors and nearly everyone in the town of Jaffrey and the state and federal governments to get it done. I am so grateful to so many for so much.”

For more information on the theater and a full listing of events, visit their website at theparktheatre.org.