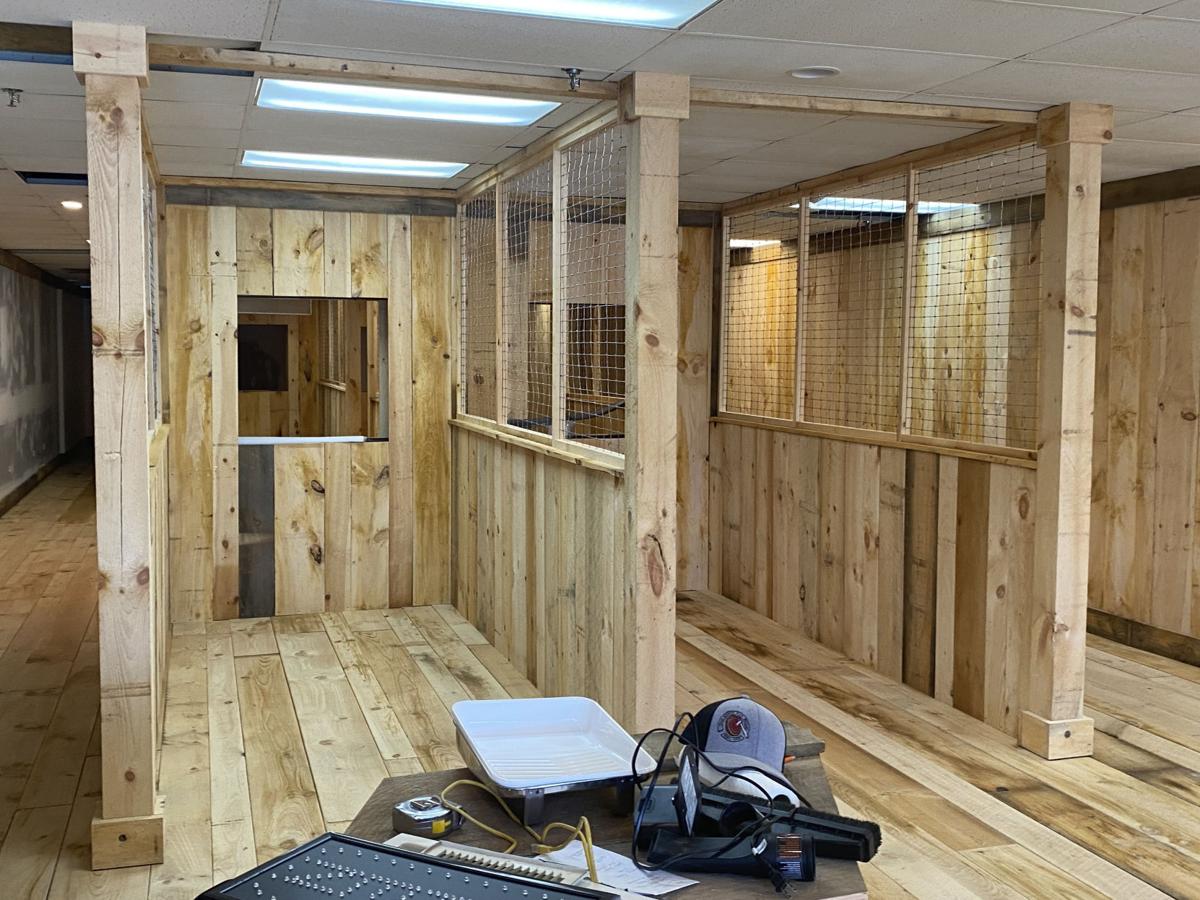 The Keene Axe House will occupy the space at 116 Main St. (right), formerly home to 365 Cycles. It will have eight enclosed throwing lanes (above), where patrons can test their aim and strength by hurling an ax at a wooden target at the far end. 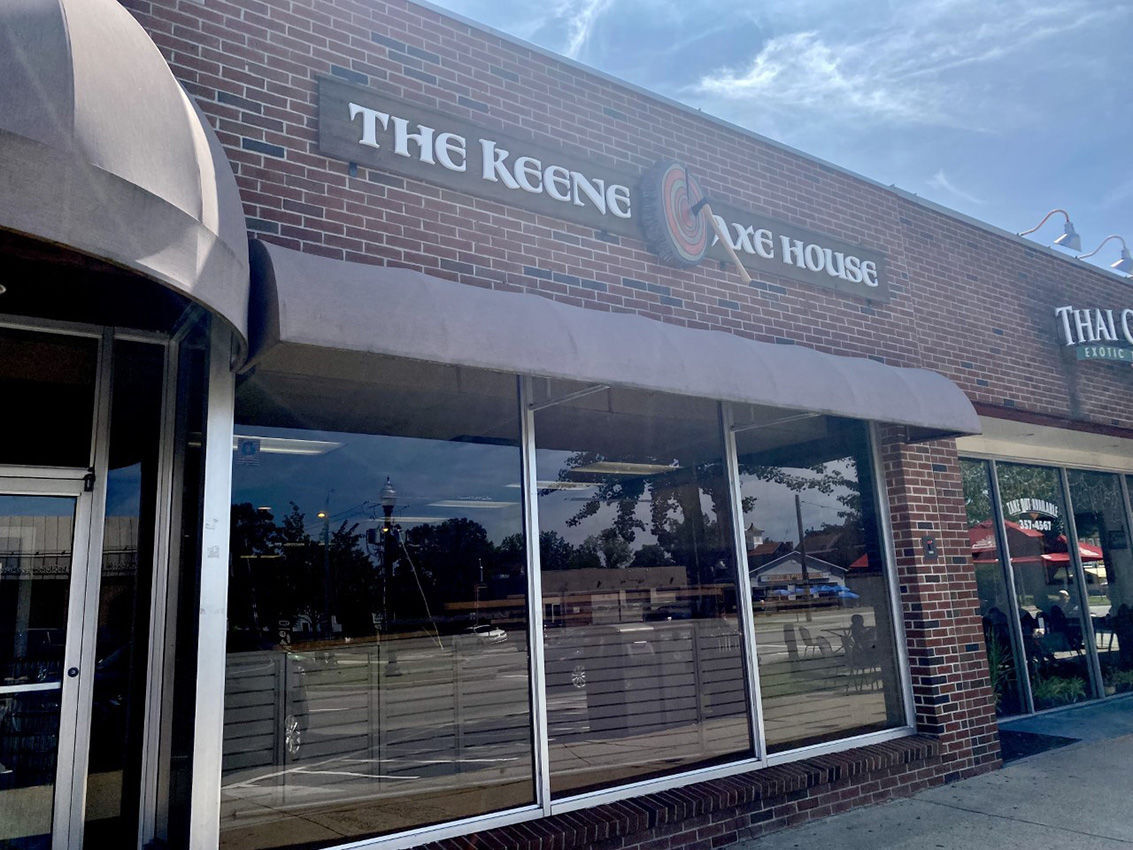 The Keene Axe House will occupy the space at 116 Main St., formerly home to 365 Cycles.

The Keene Axe House will occupy the space at 116 Main St. (right), formerly home to 365 Cycles. It will have eight enclosed throwing lanes (above), where patrons can test their aim and strength by hurling an ax at a wooden target at the far end.

The Keene Axe House will occupy the space at 116 Main St., formerly home to 365 Cycles.

After months of preparation, the owner of The Keene Axe House is hoping to open for business before the end of September.

Renovation work within the space at 116 Main St., most recently home to 365 Cycles, is nearing completion, said Axe House owner Jaime Dyer of Westmoreland. He said he’s been working hard to get the business ready and is eyeing a mid-September opening date.

“I’m getting excited,” he said. “It’s finally starting to look like something. Between working my full-time job and that, I’m probably working 18-, 19-hour days.”

The business will have eight enclosed throwing lanes, where patrons will test their aim and strength by hurling an ax at a wooden target at the far end. Only one person will be allowed in a lane at any given time, Dyer has said.

Dyer said the lanes have been built, and he’s gearing up to add the finishing touches.

“[I just need to] build the targets really, but I have everything to do it. I’m doing that last,” Dyer said last week. “It’s almost time to paint, and I’ll likely do that this weekend. But everything is pretty much done.”

Dyer said he was hoping to open in early September, but shipping delays for safety equipment to prevent axes from bouncing back at patrons might cause a bit of a holdup. But once that equipment arrives, he said, The Keene Axe House will be ready for business.

When first discussing his plans with The Sentinel in the spring, Dyer said he was considering expanding beyond just ax-throwing. One option he was thinking of was to include alcohol service.

This is something Dyer said he’s seen while visiting ax-throwing venues in different parts of the country. However, the possibility was dashed when the Keene Zoning Board of Adjustment approved a special exception allowing the recreational business to operate in the city’s central business district, but only on the condition that no alcohol is served there.

“I have no problem with the [ax-throwing] at all,” zoning board Chairman Joshua Gorman said at a meeting in May. “But when you mix it with alcohol, that does concern me.”

Ax-throwing venues that serve alcohol exist in communities across the U.S., including in Massachusetts and Connecticut, while some venues in New Hampshire allow patrons to bring their own alcohol.

But Gorman’s concerns about alcohol service were echoed by the four other board members, all of whom said they’re comfortable allowing people to throw axes in the space but not if patrons are drinking.

Dyer said this condition wasn’t a deal-breaker, as alcohol wasn’t part of his immediate plans anyway.

To start, Dyer’s plan is to be open on weekends to determine whether the new business will prove popular with locals and visitors to Keene, he said. Admission will be $25 per hour per person for one to four guests, and the per-person cost will decrease as the number of people in a party increases.

“I want to do, like, Friday, Saturday, Sunday just to see what the demand is and how busy it is, and then I’ll thrown in another day if it’s worthwhile,” he said. “I want to obviously make sure it’s going to be sustainable before I do anything like quit my other job.”

This article has been changed to correct the business' address.