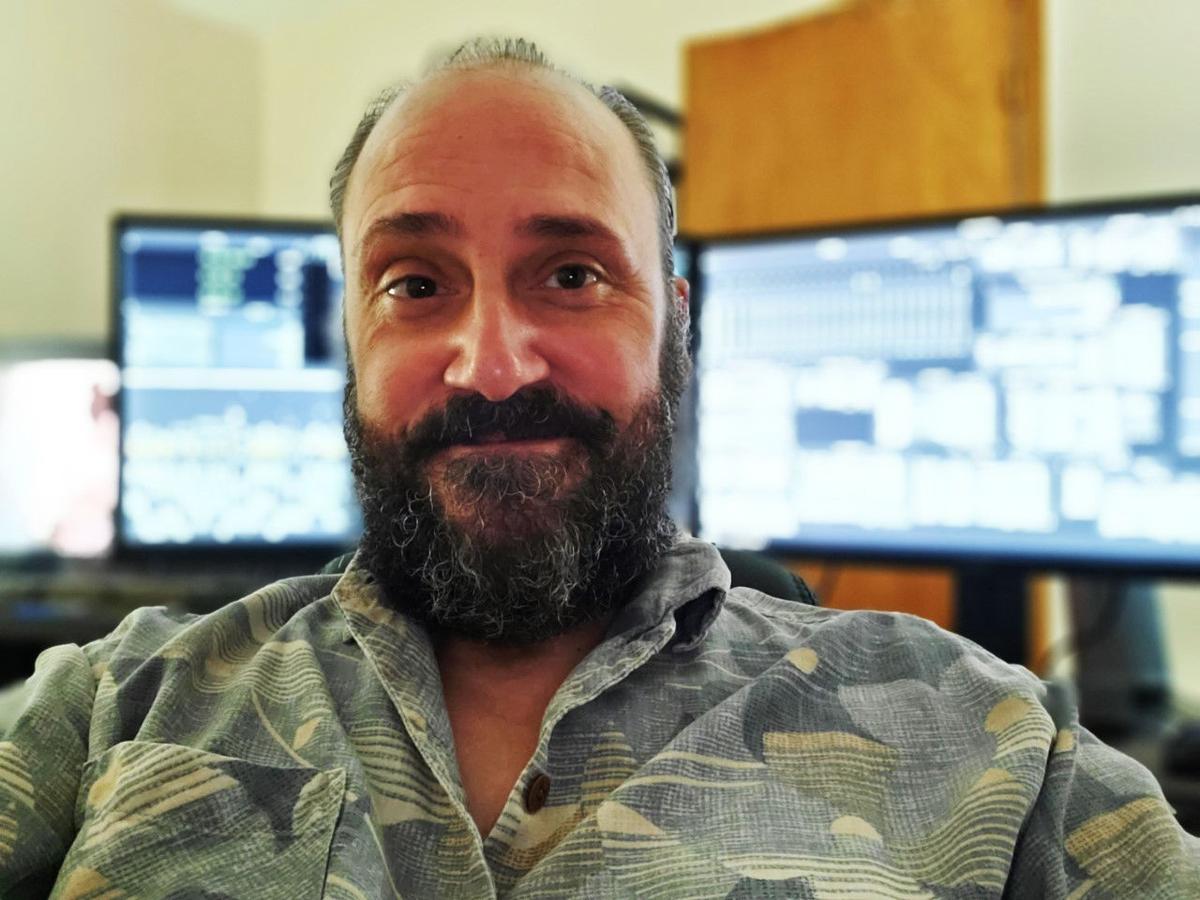 James Steelman, a Keene State graduate who later taught at the college, recently did editing work for a Netflix documentary about Jeffrey Epstein. 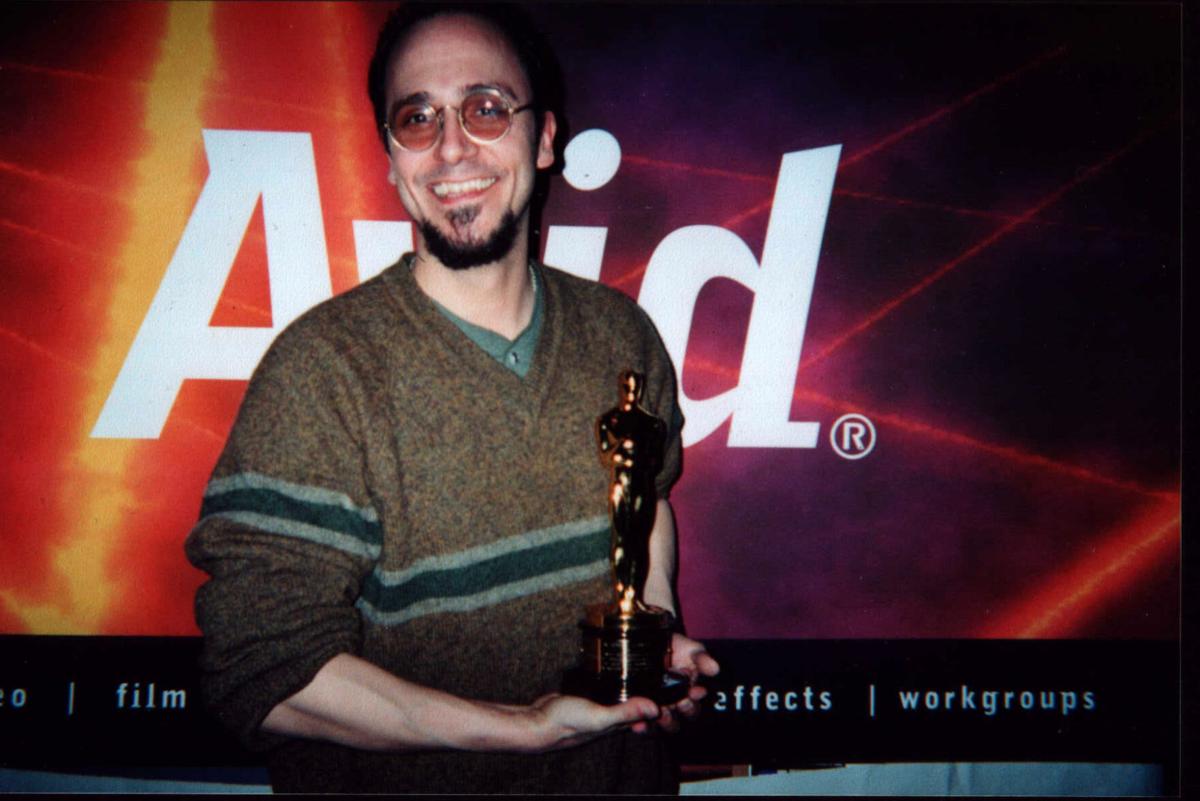 James Steelman, working for Avid in 2000, holds an award the company had won for its editing platform at the Academy Awards for Scientific and Technical Achievement. 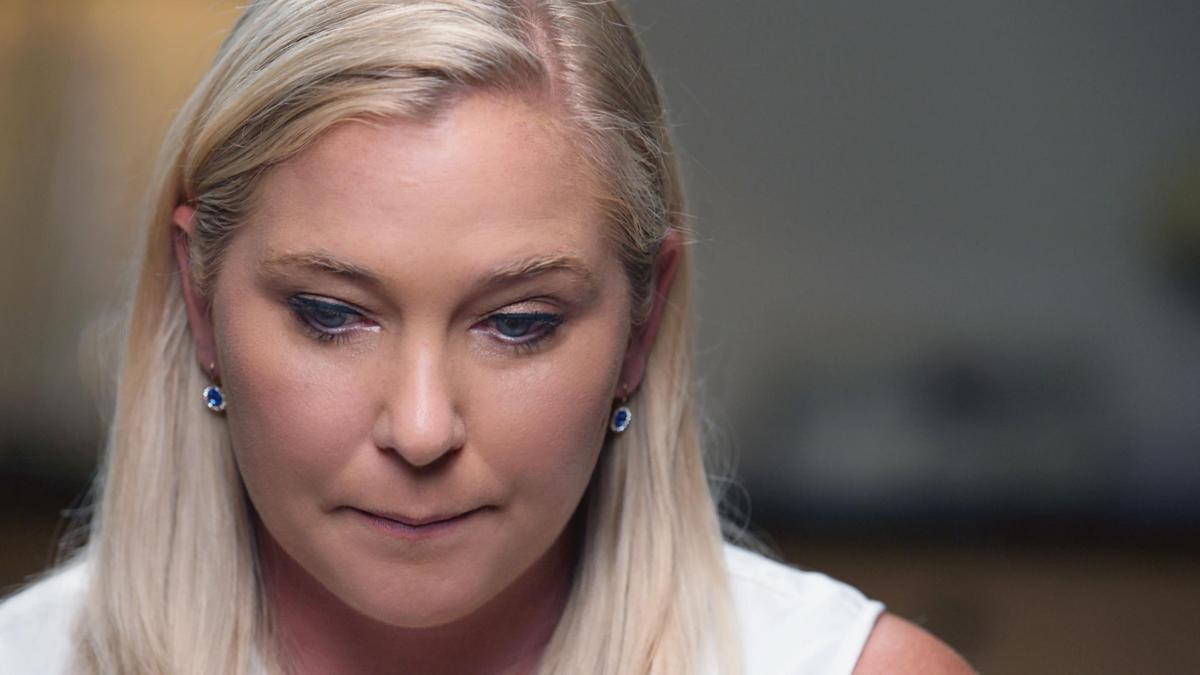 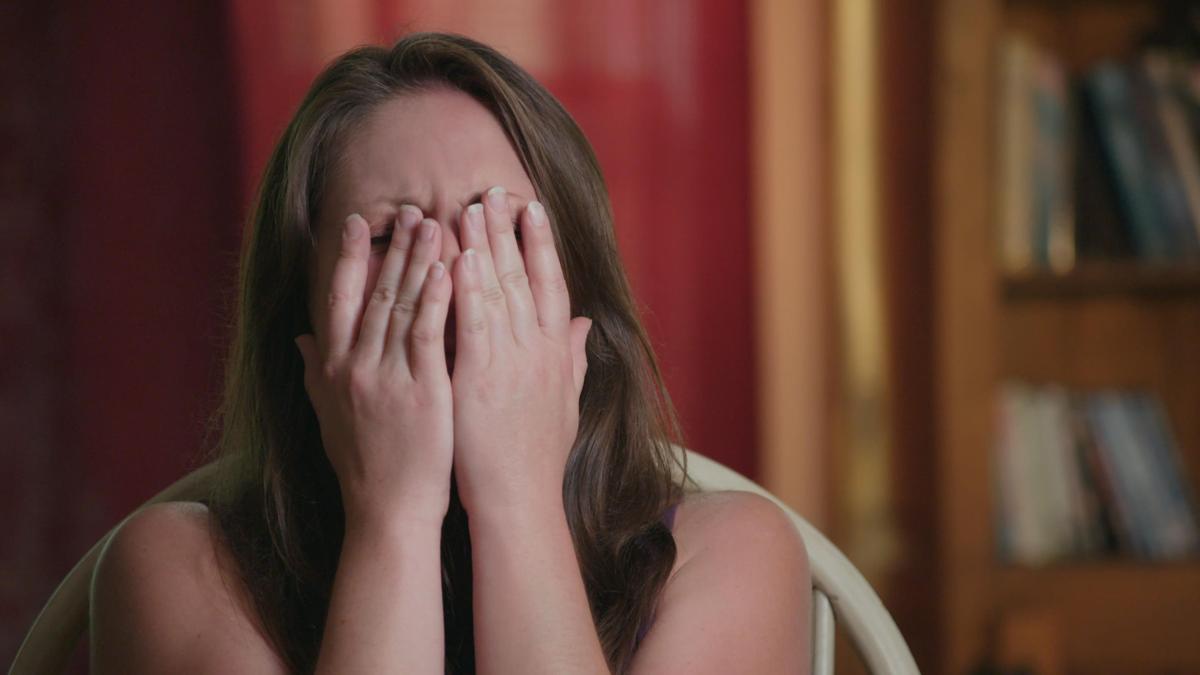 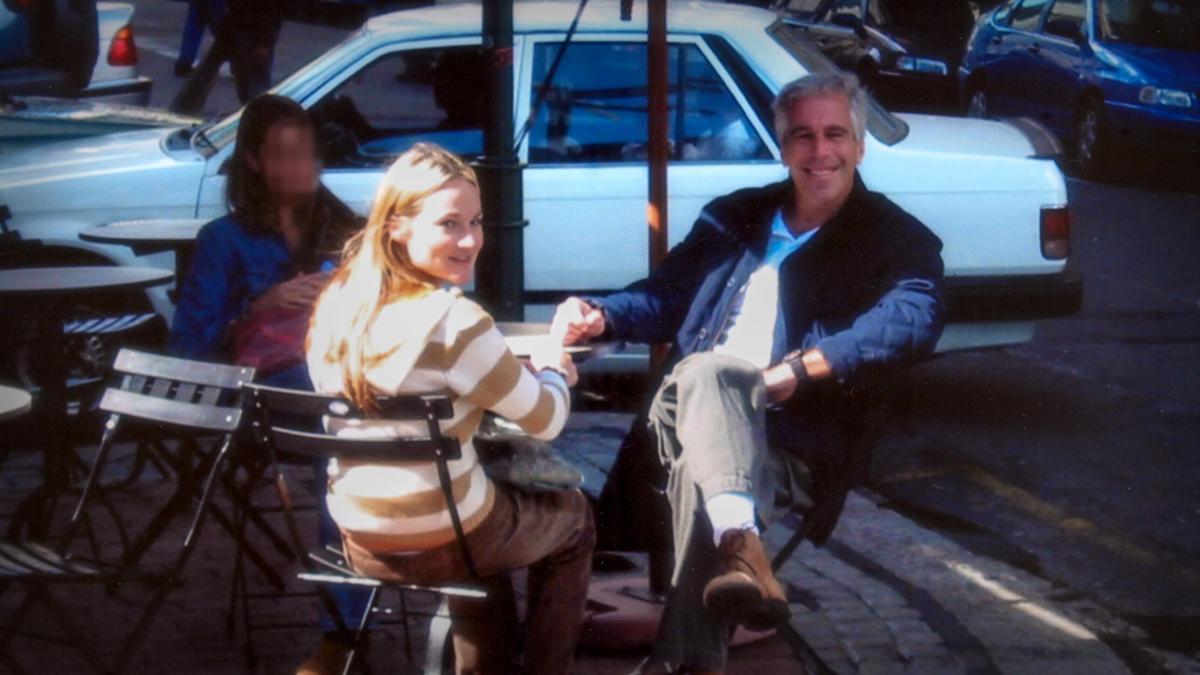 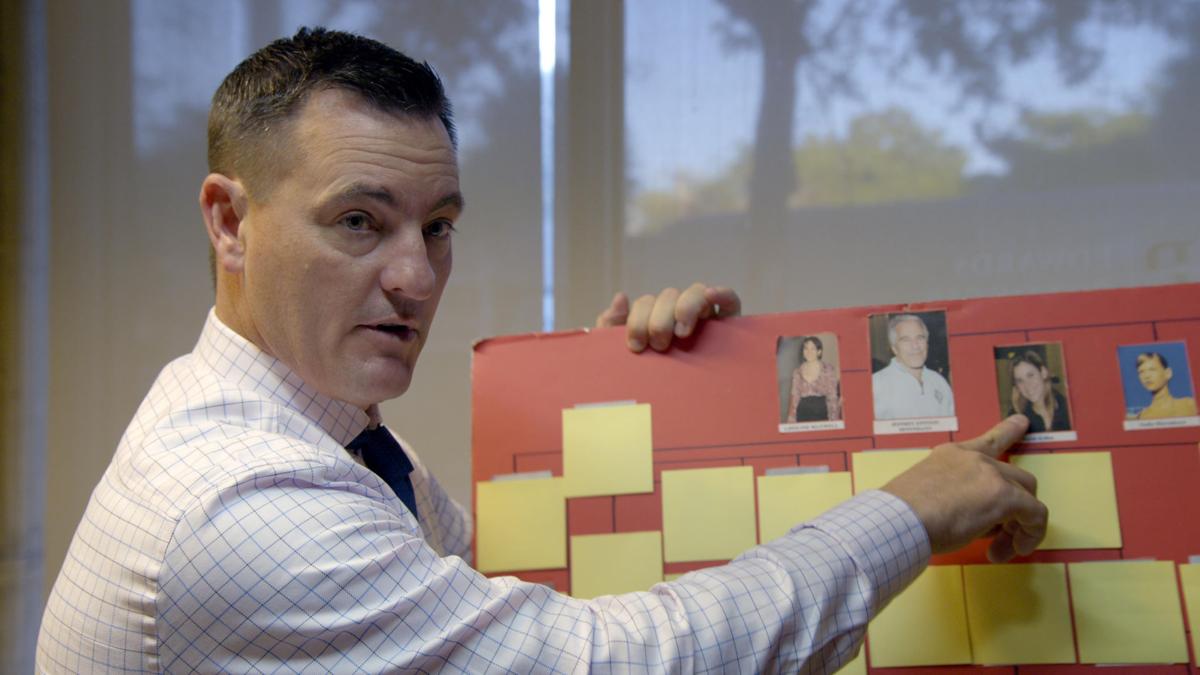 Brad Edwards in a scene from the Netflix documentary, "Jeffrey Epstein: Filthy Rich."

James Steelman, a Keene State graduate who later taught at the college, recently did editing work for a Netflix documentary about Jeffrey Epstein.

James Steelman, working for Avid in 2000, holds an award the company had won for its editing platform at the Academy Awards for Scientific and Technical Achievement.

Brad Edwards in a scene from the Netflix documentary, "Jeffrey Epstein: Filthy Rich."

By the time James Steelman arrived as a film student at Keene State College in 1991, he already knew he wanted to work in the entertainment industry.

His dad, Barry, owned a movie theater called Cinema 93 in Concord, not far from Steelman’s hometown of Allenstown. And in 1977, Barry Steelman called on his then 8-year-old son James to help clean the theater in between sold-out screenings of “Star Wars.”

“The result of that is that I got to watch ‘Star Wars’ several times a day for weeks on end, and it really made a huge impression on me as a kid,” James Steelman, now 51, said. “And I knew at that point I wanted to be involved in the industry in some way.”

Sure enough, after graduating from Keene State in 1996, he has gone on to a successful career in film and television editing. Along the way, Steelman also returned to Keene State, where he taught film studies and worked as a technician maintaining the college’s production software and equipment for about five years.

Steelman, who now lives and works in Brooklyn, has amassed more than 50 broadcast credits, including his editing work on the recent Netflix documentary series “Jeffrey Epstein: Filthy Rich.”

“It was definitely one of the biggest things and most significant things I’ve ever worked on, for sure,” Steelman said of the four-part series, which premiered in late May. “The reaction to it has been really overwhelming.”

“Jeffrey Epstein: Filthy Rich,” based on a similarly titled 2016 book by James Patterson, centers around the stories of girls, now women, who survived sexual abuse by Epstein, the former financier and convicted sex offender who died of an apparent suicide while in federal custody last summer.

“The whole goal was to give the survivors of his misdeeds an opportunity to tell their side of the story, because the perception was that they weren’t being heard,” Steelman said. That made for a challenging editing process, he added.

“It really was tough to get the tone of it right,” Steelman said. “We obviously were very sympathetic with our interview subjects, the survivors of the abuse. And we struggled to make sure that we could get their stories across without feeling cheap or exploitative or sensationalistic. And so there’s a lot of little details to make sure that that happens correctly.”

The music in the show, for example, presented a difficult choice. Make the music too dark, and the show could seem scary, which wouldn’t feel right, Steelman said. But if they made the music too light, it could take away from the serious subject matter.

“And so we really worked long and hard getting the tone of the [series] correct,” he said.

The finished product achieves that goal, according to Larry Benaquist, a professor emeritus of film studies at Keene State who taught Steelman in several courses.

“When you humanize them, and they’re on the screen, by now women in their 30s, who have been blighted or devastated by having been sexually exploited by rich people, leaving them on the screen and letting them tell their story, it’s the lack of fancy editing in this film that gives it its power,” Benaquist said. “In fact, that’s the whole technique of reality-based editing. So I could see what James was doing right away, and I was really impressed.”

Steelman joined the series early last September after working on several other projects for RadicalMedia, the New York-based company that led the production of “Jeffrey Epstein: Filthy Rich.” He continued working on the series until mid-March, when the COVID-19 pandemic halted his role on the project.

Over those six months, Steelman said, working with the sad and often harrowing content, such as extensive interviews with survivors of Epstein’s abuse, took an emotional toll on the entire production staff, ultimately forging a close bond between them.

“It was a draining experience in a lot of ways,” Steelman said. “And what kept us going was the … significance of it and the importance of getting these women’s voices out there through a vehicle like Netflix, that would allow their voices to be heard all around the world.”

While Steelman’s career has led to him to work on hard-hitting projects like the Epstein series, he remains rooted in the magic of movies that he first discovered at a young age, thanks in large part to his father. In addition to owning the movie theater in Concord, Barry Steelman also collected 16mm film, often splicing together portions of films into complete movies that he would show in the family’s living room long before VCRs were common. He shared his deep knowledge of cinema with James, and his three other sons, Greg, who lives in Chichester, Kurt, who lives in Keene and Drew, now a Manchester resident.

“I have vivid memories of being a kid and watching my dad work with 16mm film, and that moment where I realized and really understood — looking at the film, this is just a series of still images, this is an illusion — and then watching how he could cut and splice film,” James Steelman said. “Again, even as a little kid, there was something about that. I was just drawn to it. And I have to say, that’s a big part of why I ended up being an editor, was that early exposure to seeing that process.”

Steelman also had an early knack for editing, said Benaquist, who knew Barry Steelman before James enrolled at Keene State.

“James entered our film program and did really well,” Benaquist said. “He especially took to editing. That was a big strength of his.”

During Steelman’s time as a Keene State student, he also led a student production group called Barnstorming Productions, and worked for three years as a projectionist and house manager at The Colonial Theatre. After graduation, he worked on a few low-budget, independent feature films, but struggled to find editing jobs because he only had experience editing film, and the industry was transitioning to primarily digital editing processes.

But then, in 2000, he got a job with Avid Technology, a Massachusetts-based company that makes Media Composer, the entertainment industry’s standard editing software. He trained extensively on that program, and worked as a technical support representative.

About two years into that job, Steelman was talking with Benaquist about Keene State’s film studies program, and encouraged the college to teach students digital editing, which would prepare them to enter the entertainment industry after graduation. To Steelman’s surprised, Benaquist asked him to come back to Keene State and teach editing himself.

“So I wound up teaching at Keene State College for about five years, helping them integrate some of this new digital technology into the film program,” Steelman said. “And I really enjoyed it a lot. It was a little bit of a detour from my career path, but it was still a great experience.”

It was a valuable opportunity for Keene State film students, too, Benaquist said.

“The students learned a great deal from him. He’s an excellent teacher,” Benaquist said. “... He would continue to help them out after they left his class. All they [had to] do was call him up. There’s a whole network of people he stays in touch with.”

By the fall of 2007, Steelman decided he wanted to jump start his editing career, and moved to Los Angeles, where he picked up several television editing jobs over the course of about three years. He later moved back east and ultimately settled in New York City in 2012, where he says his editing career has really taken off.

Steelman technically works as a freelance editor for a variety of different production companies, often on a project-by-project basis. He has worked on shows for networks such as the Discovery Channel, National Geographic and MSNBC.

And while the COVID-19 pandemic has slowed much of his work, Steelman said he’s beginning to resume editing projects from his apartment in Brooklyn, leading him to hope that he might eventually be able to move back to New Hampshire and continue to work as an editor.

“One positive side effect of the pandemic might be that they’ve been forced to develop this remote editing system that, as far as I know, I might be able to do from New Hampshire,” Steelman said. “So, we’ll see. I do miss it. I miss New Hampshire. I miss the trees and the clean air.”

At a glance: James Steelman