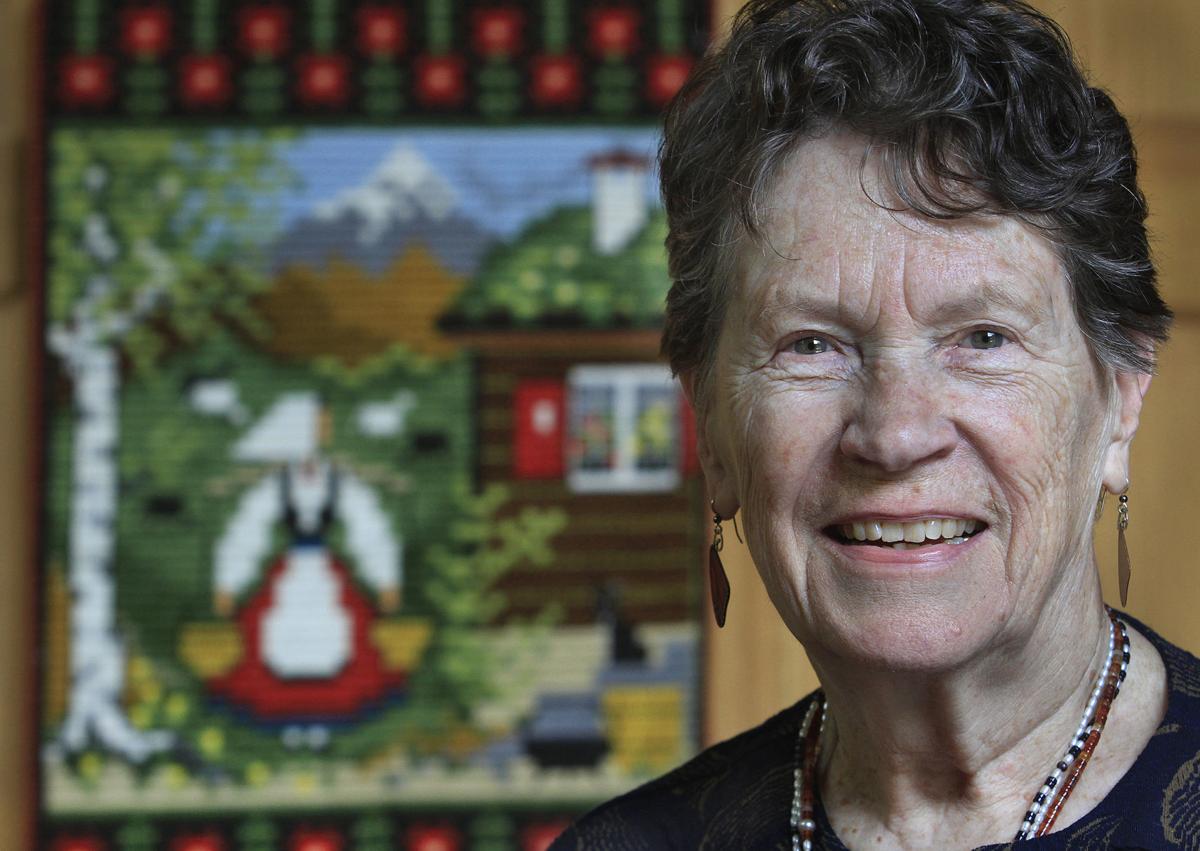 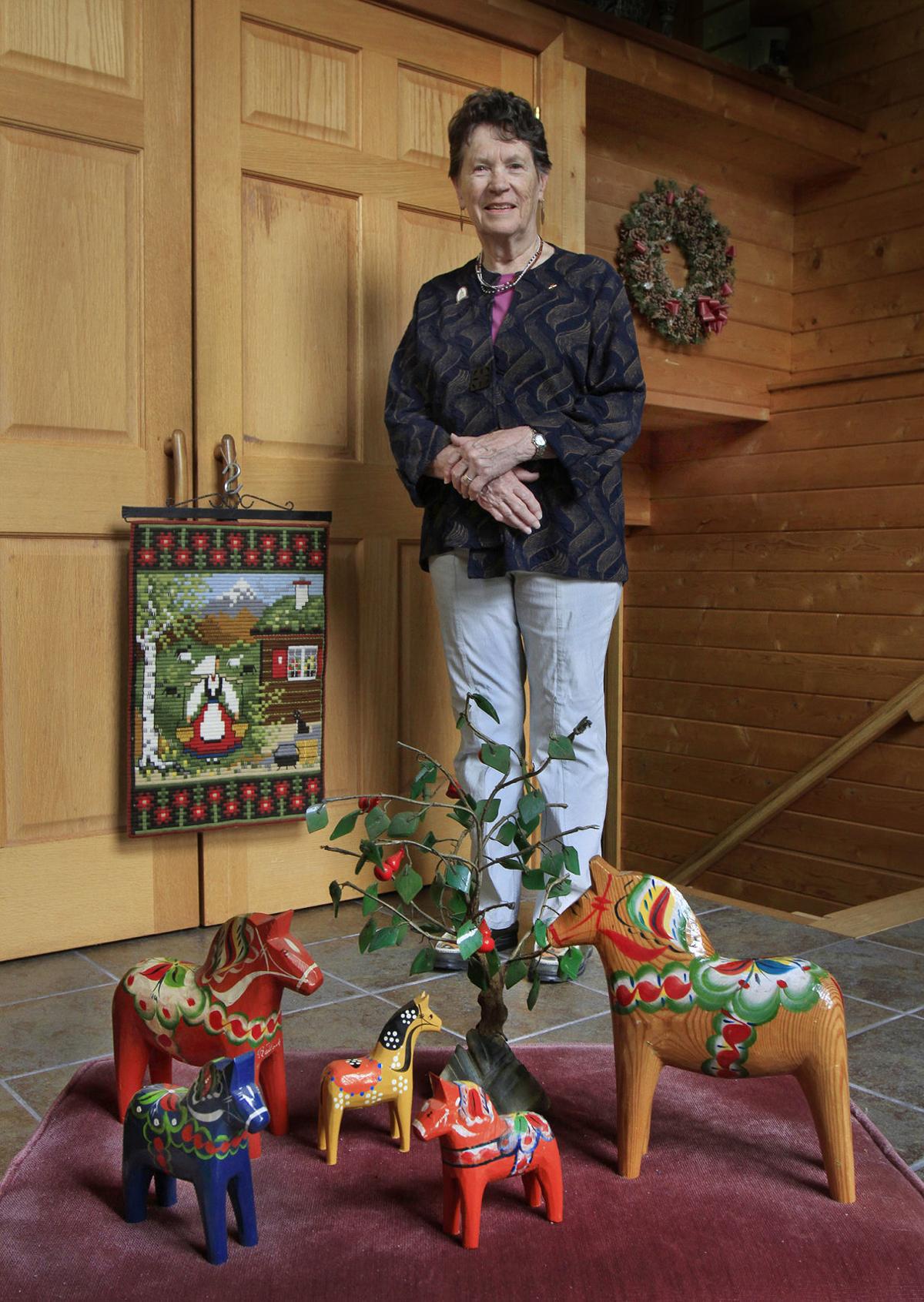 N.H. Sen. Ruth Ward in her Stoddard home with wooden Dala horses from Sweden, a tree from China that’s been in her family since her childhood, and a Swedish-themed embroidered wall-hanging that she crafted.

N.H. Sen. Ruth Ward in her Stoddard home with wooden Dala horses from Sweden, a tree from China that’s been in her family since her childhood, and a Swedish-themed embroidered wall-hanging that she crafted.

STODDARD — After delivering one of the most consequential votes of her political career, Ruth Ward drove at dusk down Route 9 from the capitol in Concord to her secluded Stoddard home, where she recalled her father being killed in China when she was just 7.

The Republican state senator had just voted to repeal the death penalty in New Hampshire, overriding the veto of Republican Gov. Chris Sununu.

In her second term, Ward, 82, said that beyond testimony she heard in the Senate, much of her decision boiled down to that horrible event three-quarters of a century ago.

The eldest of four siblings, with a fifth on the way, Ward was being raised by Swedish Baptist missionaries some 250 miles southwest of Beijing near Xingtai, then known as Shunteh or Shundefu.

Her father, Viktor Brännström, was killed by a Chinese communist who Ward was told thought Brännström was Japanese, though she remains skeptical of the true motivations behind what happened that day.

Her mother, Sonja, “never exhibited any kind of an anger or bitterness about the fact that somebody had killed her husband,” Ward recalls. For her own part, Ward said that as the years went by, she didn’t give much more thought to her father’s death beyond having faith that he was in heaven.

Her family left China after the Communist Revolution, traveling by boat from Shanghai to Hong Kong with British expats before traversing the seas to Southampton, England. A train ride from Southampton to London led to a ferry ride to Denmark, followed by another train and another ferry that brought Ward to Sweden for the first time, in Malmö. From that southern city, she took the last leg of the trip by rail to Gothenberg, where she would stay through her adolescence.

“I had never seen snow, and I had never seen ice, so I just — I was very curious about how you could actually walk on this water,” Ward said with a chuckle late Thursday night.

After making her way through school in Gothenberg, she started working in a cardiac catheterization lab.

When a new director arrived from Boston, an exchange program was established, and in 1959, a 22-year-old Ward was on her way to Boston Children’s Hospital.

She said she was able to be the one to go to the United States because it was “highly impractical” for the older, married members of the staff to uproot their lives for the exchange.

Yet another ship was involved in this formative period, but Ward noted that this one was a freighter, with only a handful of passengers.

Despite Sweden’s reputation for impeccable English as a second language, Ward said she struggled mightily for the first three weeks in keeping up with the pace of workplace chatter and American slang.

Though she’d considered her English to be “beautiful” as a student in Sweden, she found herself constantly translating everything in her head, occasionally bemused by new words like “bucket” instead of the more conventional British “pail” she learned in the classroom.

Though she arrived in Boston unmarried and without children, that soon changed.

She met her first husband, Jim Pastoriza, there and had no plans of returning to live in Sweden.

The couple raised a family of three children, Jim, Kristina and Celia, while Ward worked as a nurse practitioner in Lincoln, Mass., after getting her bachelor’s from Fitchburg State University and master’s in nursing from Boston University.

After her kids had grown up and Pastoriza died in 1989, Ward retired from nursing and moved to Stoddard in 1995 with her second husband, Fred Ward, whom she married that year.

Crucially for Fred, a former meteorologist with a Ph.D. from MIT, the dearth of light pollution in Stoddard allows him to use a 45-foot-tall observatory behind their Mid-century Modern home.

“Isn’t she the best senator you’ve ever met?” Fred asked while giving a brief tour of the observatory Thursday night.

Stints on Stoddard’s planning and zoning boards in the mid-2000s brought Ward into the world of politics, culminating in her successful 2016 Senate bid before being re-elected in 2018.

She identifies as a “pro-life conservative,” but when it comes to her late-blooming political career, says her constituents always come before her political beliefs when making decisions.

“I think that the Republicans, sometimes, are looked upon as being very stingy and not caring about people, and obviously that is not true,” Ward said. “We vote for mental health bills, for Medicaid expansion and all kinds of things.”

Ward’s Swedish roots also inform her politics. She still speaks the language and visits her brothers, Arne and Karl-Eric, back in the kingdom.

“There’s no question that there was a lot of benefits (in Sweden), that you have free this and free that, and you go to school almost for nothing,” Ward said. “But it’s very hard to do something, to start a company or to have an invention and have it go somewhere. I think the United States is much freer that way. You have an opportunity to fail.”

The boats, trains and cars that brought her to and from losses and triumphs eventually led her to the Statehouse, where repealing the death penalty was being debated.

“I never really thought much about the death penalty and about who should get it and who shouldn’t until I came to the Senate. And last session, we had started discussion on (the) death penalty, and I realized very soon that I had to formulate my thoughts about what this was all about and how I would react to it,” Ward said. “And, obviously, having thought about my mother and what happened, I realized also that, no matter how angry you get, that person never comes back to you. So, what you have to do (is) deal with your grief, and life goes on.”

That conviction led Ward to vote in favor of repeal Thursday, breaking with a governor of her own party and helping make history as New Hampshire became the last state in New England to abolish capital punishment.

From time to time, Ward says she catches herself feeling the grandeur of higher office, particularly when a friend or acquaintance will correct themselves for having called her by her first name instead of “senator.”

But more importantly, she said, is how she sees her service in politics as a continuation of her nursing career.

“I think it’s another way of serving,” she said. “Having been a nurse for that many years ... I think this was just another way of doing something that might benefit the community.”

At a glance: Ruth Ward