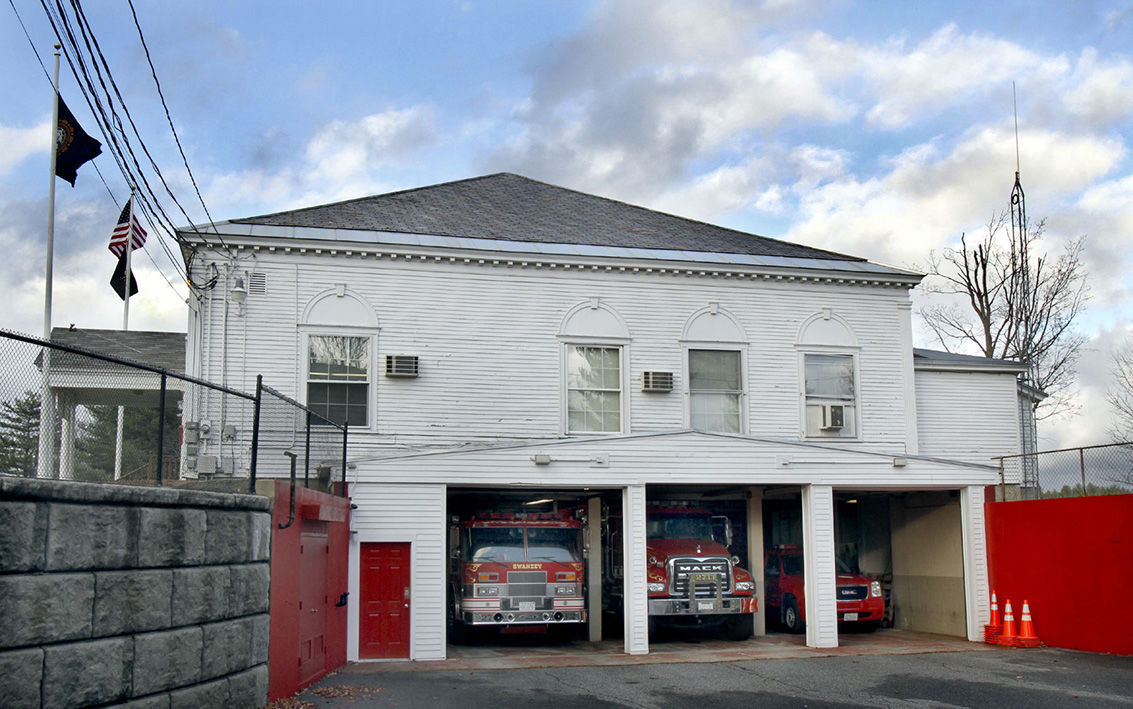 Swanzey’s central fire station, shown here in a 2014 file photo, is in the basement of town hall. Below is the proposed plan for the new fire station, created by KCS Architects in Keene. 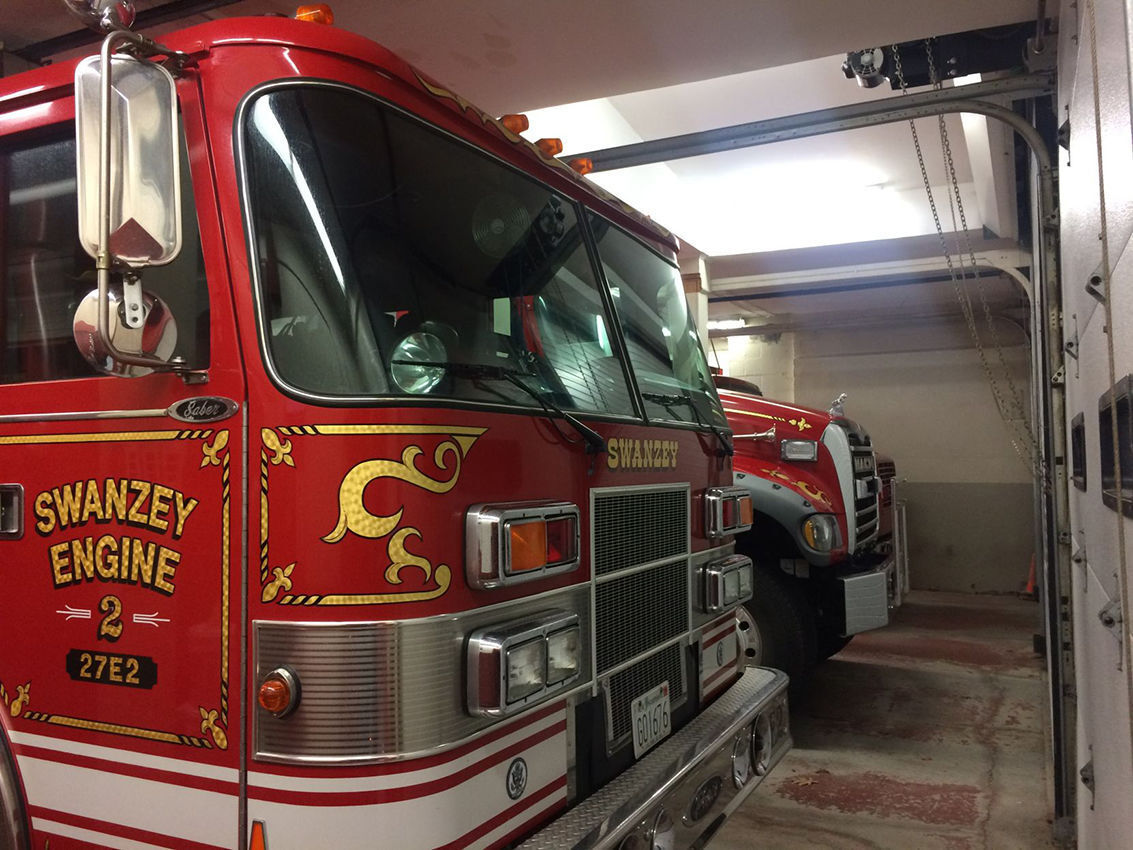 Swanzey Fire Department vehicles are parked inside the town’s central station in this photo from December 2019.

Swanzey’s central fire station, shown here in a 2014 file photo, is in the basement of town hall. Below is the proposed plan for the new fire station, created by KCS Architects in Keene.

Swanzey Fire Department vehicles are parked inside the town’s central station in this photo from December 2019.

SWANZEY — After voters rejected the idea three times in recent years, town officials are again looking to take out a bond to build a new central fire station.

A Zoom hearing is scheduled for Jan. 13 to seek public input on a proposed $3 million bond issuance for the project. The money, which will require a three-fifths majority approval on this year’s town meeting ballot, would be used in preparing plans, securing permits and ultimately building the new station on town-owned property at 321 Old Homestead Highway (Route 32).

Town Administrator Michael Branley noted that last year, voters came close to approving the new station, with 54.75 percent of the vote in favor, just short of the required supermajority. So he said he’s feeling good about the article’s chances in 2021.

“I am optimistic that the voters will approve Article 3 this year to get the firefighters and station out of the basement of town hall and approve a safe and clean new station,” he said in an email. “This issue is not going away and with inflation the costs of a new station are only going to increase the longer we wait.”

He said leaving some elements of the building unfinished would be a means of cutting down on costs. Those portions of the project could be completed at a later date.

The new central station was first proposed in 2015 but proved unpopular with voters, failing 520-348 at the polls. Voters again struck it down in 2016, by a margin of 548-456, and in the article’s narrow failure in 2020. The current goal is to build a 12,000-square-foot station with bays for six vehicles, offices for fire department leadership and a training room that could double as a command center during an emergency.

At the 2019 town meeting, voters approved a warrant article permitting Swanzey to spend $25,000 to fund the design phase of the project.

According to Fire Chief William Gould, there are a number of reasons why the station must be moved from the town hall basement and into a new facility. Some of the biggest problems with the current setup are a lack of code compliance and space, he said, as well as fire operations interfering with the town business being conducted upstairs.

Fumes from the trucks have been known to drift up into town hall, which has caused complaints, he said. And there have been parking issues when firefighters respond to a call and leave their personal vehicles in the town hall lot, he added.

Gould said the new station would give the department a dedicated facility with enough room to accommodate its operational needs and the needs of its firefighters. In addition to being safer and code compliant, he said the new station would have amenities, such as separate locker rooms for men and women — there’s only one at the current station — as well as space for equipment designed to remove heavy carcinogens from gear.

In 2020, the project was pitched at an estimated cost of $3.95 million, with the town proposing to bond $3.5 million. Branley said the 2021 proposal is calling for a $3.575 million project, with the lower figure made possible due to plans to leave the office, training and work areas “unfinished and largely unusable.”

“While the Board understands that it is not ideal to build a new building and [leave] it partially unfinished, we are trying to do everything possible without reducing the overall footprint to put forward a proposal that will get 60% of voter support on Article 3,” he said in an email. ”We hope voters will come out at the Bond Hearing and Deliberative Session to give feedback about this idea.”

In addition to the proposed $3 million bond, the project would be funded by $200,000 to be raised through taxes and $375,000 from the town’s undesignated fund balance, according to the draft warrant article.

The first time Swanzey proposed a new central station in 2015, the project was estimated to cost just shy of $5 million and would have been built on Safford Drive. When a new station was again proposed on Safford Drive in 2016, it was as part of a package that included improvements to town hall, the police station and the public works facility. Like this year’s plan, last year’s proposal called for the new station to be built on the site at 321 Old Homestead Highway.

The bond hearing will be held at 6 p.m. at Whitcomb Hall at 17 Main St. Immediately following the hearing, the selectboard will host a second hearing to discuss Swanzey’s 2021 operating budget proposal and warrant articles.

The public can participate in both meetings via Zoom by navigating to www.zoom.us and entering meeting ID number 836 8388 9369.