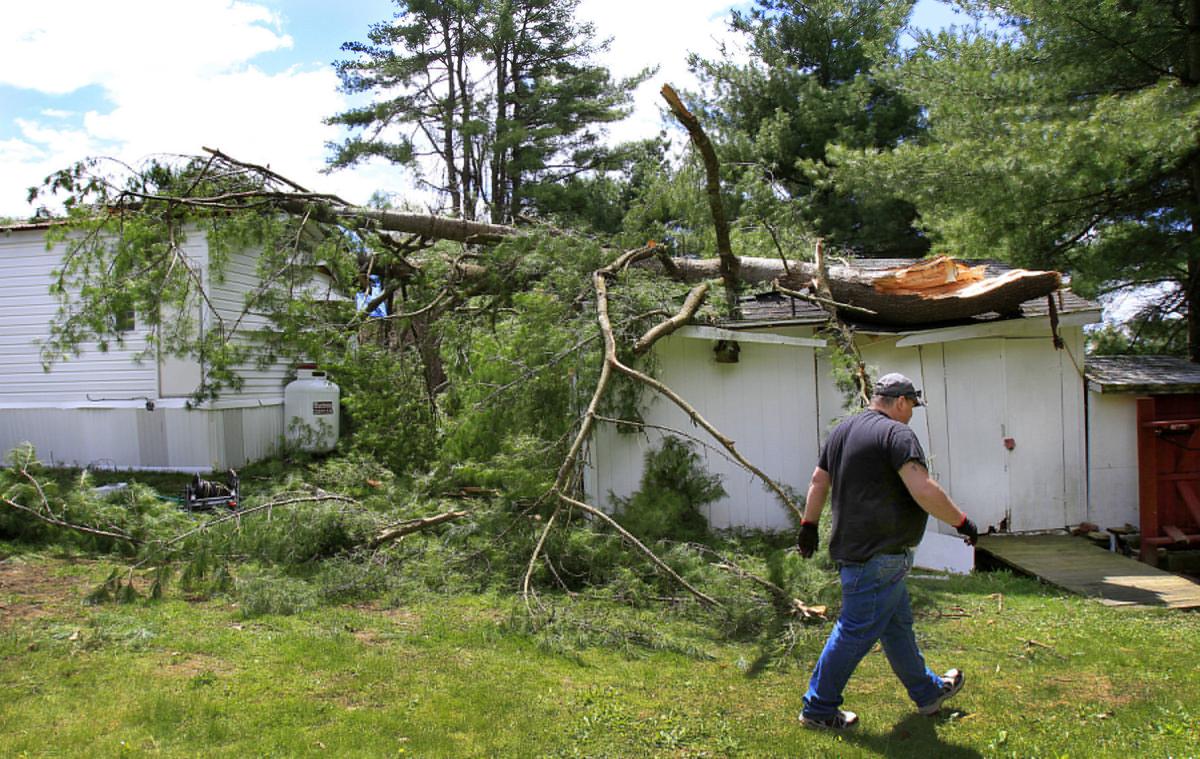 Todd Wilson, chairman of the South Parrish Cooperative mobile home park in Winchester, walks past a home that was hit by a fallen pine tree due to Friday night’s storm. Other homes in the park also sustained damage. 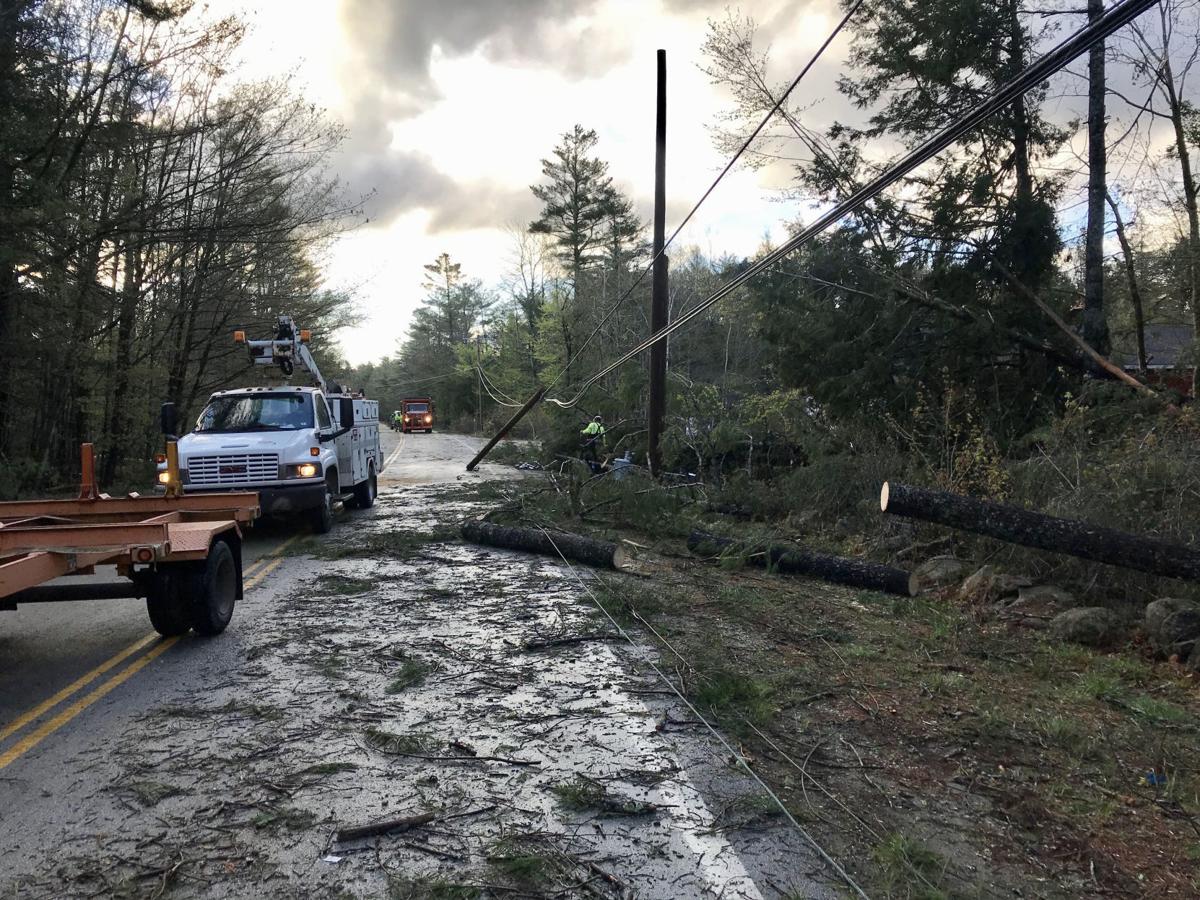 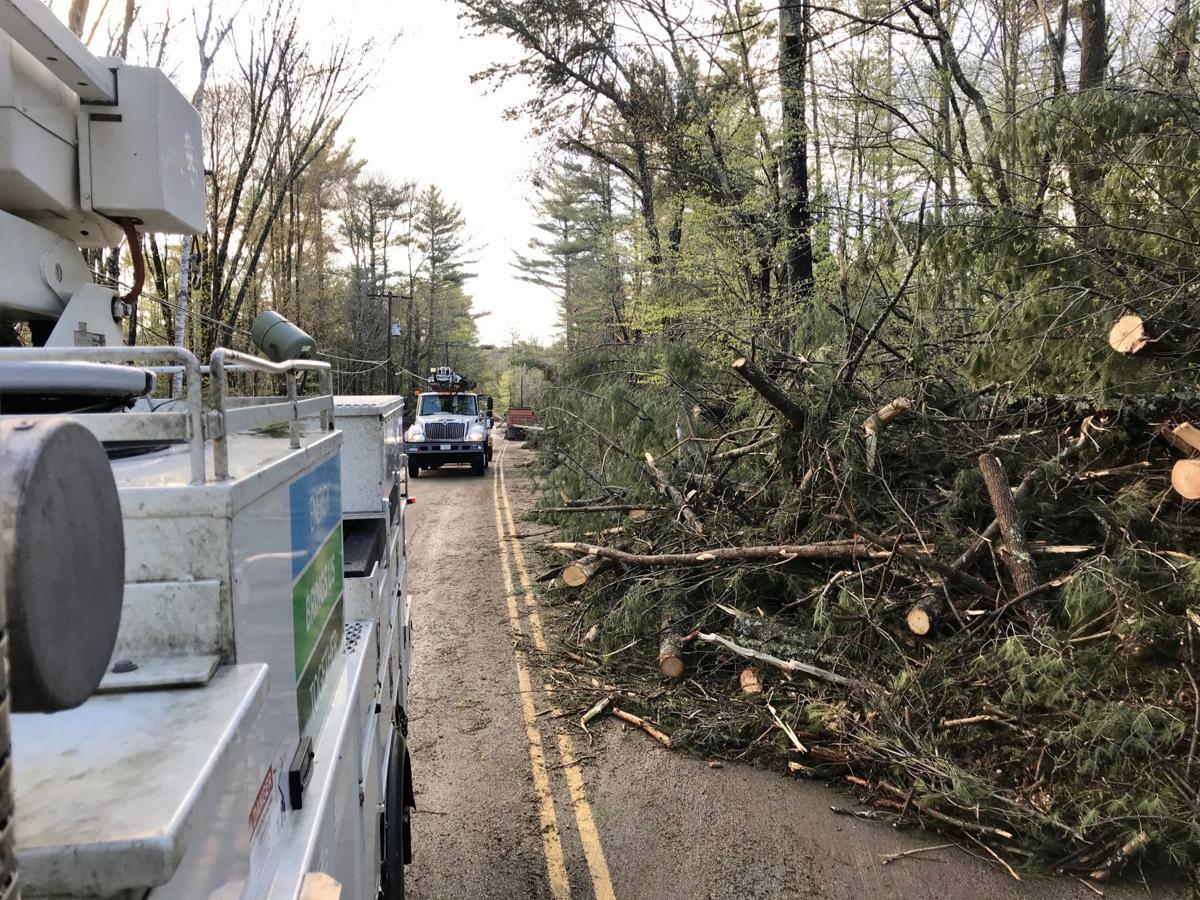 Todd Wilson, chairman of the South Parrish Cooperative mobile home park in Winchester, walks past a home that was hit by a fallen pine tree due to Friday night’s storm. Other homes in the park also sustained damage.

Though a tornado warning had been issued Friday, none actually formed in the area, according to Michael Clair, a meteorologist at the National Weather Service’s location in Gray, Maine.

“From what we know, there was a tornado warning just because the storm was exhibiting rotation and had potential to create a tornado, but from what we have seen we only have evidence that there were strong winds,” he said Saturday morning.

The service did not yet have wind measurements from the storm, but Clair said with severe thunderstorms, winds of 58 miles per hour or greater are expected, and Friday night’s storm was likely no exception.

About 400 customers still had no power as of Saturday morning, according to Eversource spokeswoman Kaitlyn Woods, as crews worked to restore their service. Woods said power was fully restored by 6:05 p.m. Saturday.

The western part of the state was among the hardest hit, Woods said, with most of the power outages caused by tree damage.

Some homes in the South Parrish Co-op mobile home park in Winchester were also damaged in the storm.

The road had been closed since Friday at about 10 p.m., with a detour in place as crews continued to clean up debris Saturday afternoon, N.H. Department of Transportation spokeswoman Eileen Meaney said in an email.

Other road closures included Route 32 in Swanzey and Route 78 in Winchester, with trees down on both, she said. A stretch of Route 10 to the Massachusetts border was also closed.

“NHDOT crews are out and actively working to resolve impacts. I don’t have an exact time when these will be resolved,” Meaney said via email.

Anyone seeing trees or wires down should stay far away and report them immediately by calling 911, Woods said.

She also reminded the public never to drive over downed lines, and if a downed line is in or near water, to keep distance from the water source, even if it’s just a puddle.