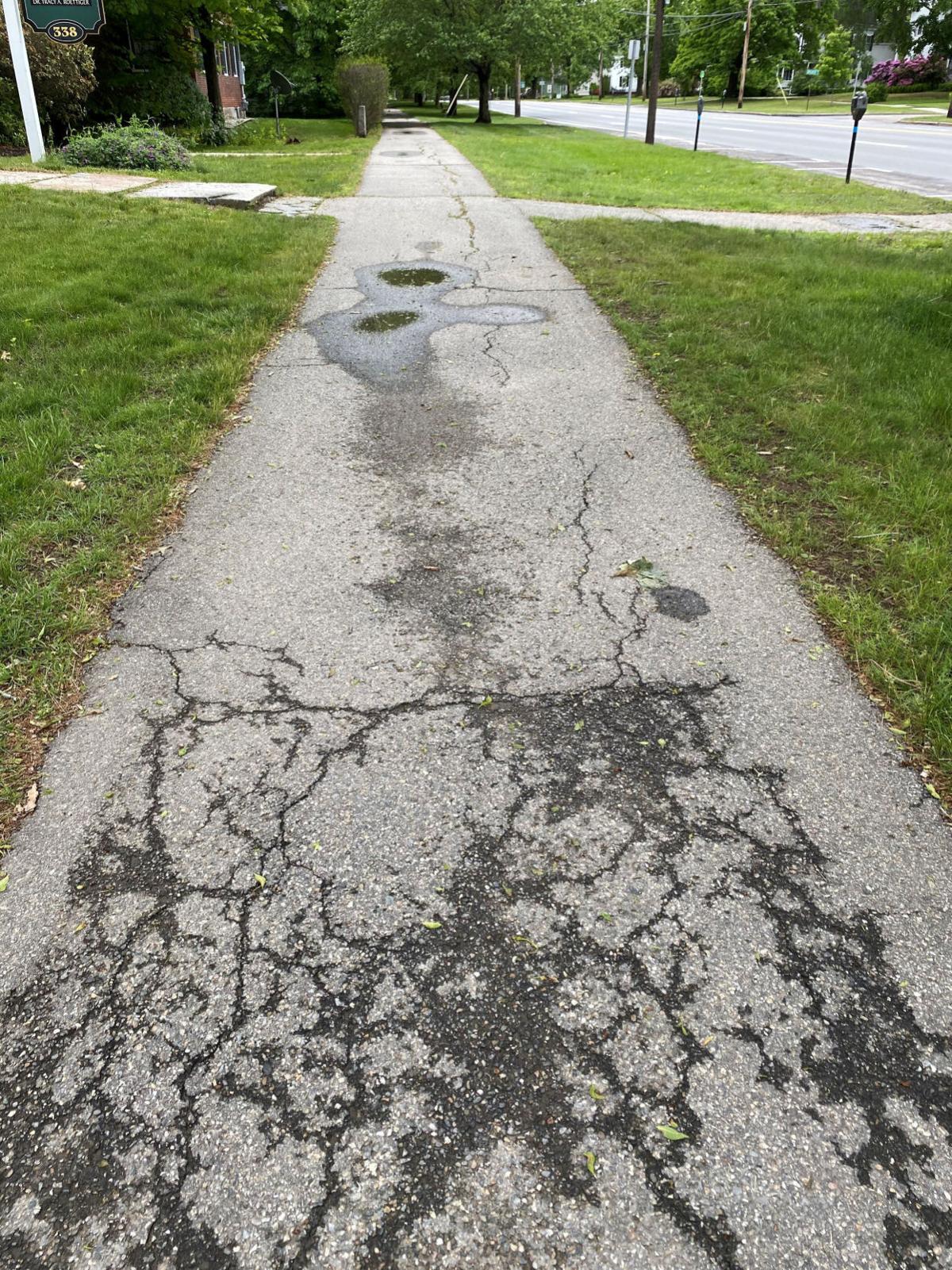 A portion of sidewalk on Keene’s Main Street shows signs of wear, as seen in the spring. 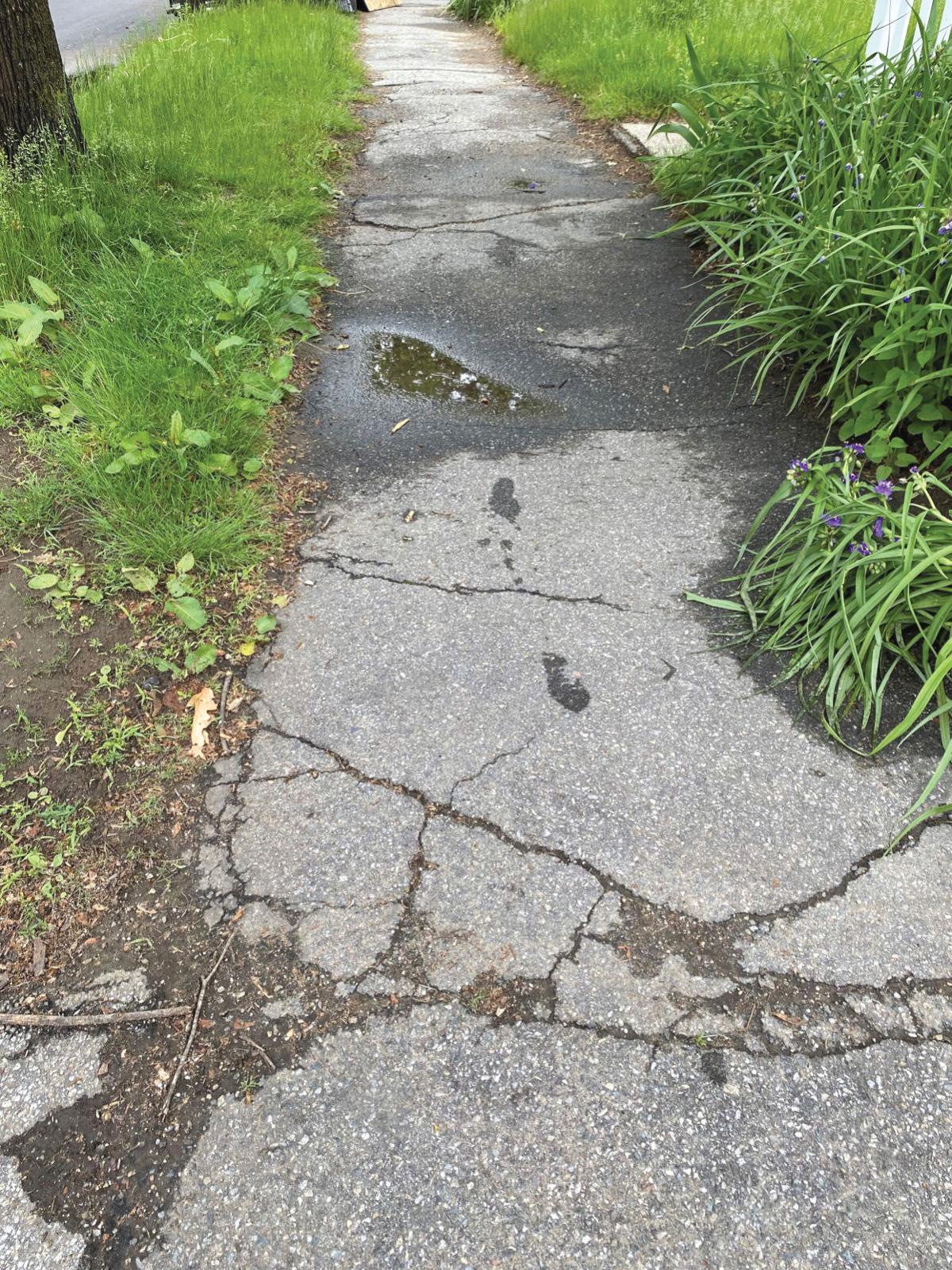 A portion of sidewalk on Adams Street, near Wheelock School, in Keene, as seen over the spring.

A portion of sidewalk on Keene’s Main Street shows signs of wear, as seen in the spring.

A portion of sidewalk on Adams Street, near Wheelock School, in Keene, as seen over the spring.

Keene officials have proposed a plan for prioritizing which sidewalks to focus on first as the city prepares for a multi-year overhaul of its pedestrian infrastructure.

City Engineer Don Lussier and Public Works Director Kürt Blomquist presented the plan during Wednesday’s meeting of the City Council’s Municipal Services, Facilities and Infrastructure Committee. They recommend prioritizing repairs based on a sidewalk’s condition, its proximity to well-traveled areas and whether it poses safety risks.

The city has been discussing a sidewalk asset management plan over the past couple of months. This has been in the works for some time, but became a topic of discussion after City Councilor Raleigh Ormerod requested increasing the sidewalk-repair line item in this fiscal year’s city budget.

The goal, Lussier and Blomquist said, is to bring Keene’s sidewalks to an average grade of 80, which is projected to cost around $3.2 million over several years. Right now, the sidewalks are rated as a 67 on average, which Lussier said is equivalent to a C-.

“We’ve heard from the committee and from the community that C- isn’t good enough,” Lussier said. “But if we were to raise that one letter grade and set a goal of raising the overall network score from a C- to a B- ... to achieve that goal, we would have to replace about 11½ miles of sidewalk.”

Of those 11½ sidewalk miles that would need attention, he said, nine are asphalt, while the remaining 2½ miles are concrete. Lussier said that in total, the city has about 23 miles of asphalt sidewalks and around 30 miles of concrete sidewalks.

Concrete generally has a much longer lifespan than asphalt, he explained. The city’s average grade for asphalt sidewalks is a 57, while it’s 74 for concrete sidewalks.

In addition to the sidewalks’ condition and whether tripping hazards are present, Lussier explained that city staff feel sidewalks used for getting to highly populated areas should also be prioritized.

“What I’m suggesting is we use the proximity of a section of sidewalk to a destination as sort of a proxy for user demand,” Lussier said. “So sidewalks that are within a quarter of a mile, or half of a mile, of a school, for example, should be given extra points.”

He added that this recommendation also applies to commercial districts and recreational areas. The specific sections of sidewalks that will be repaired next will be determined as part of Keene’s capital improvement program.

Committee members made several suggestions during Wednesday’s discussion to adjust the priorities laid out by city staff.

Councilor Janis Manwaring, chair of the MSFI Committee, questioned whether there are opportunities to install sidewalks where there aren’t any. In particular, she pointed to areas with intersections on top of a hill, where pedestrians are hard to see until someone reaches the top.

Blomquist said this is something to consider but noted that this project is not intended to install new sidewalks, rather to fix what’s already in place. He also said that conversations about new sidewalks often cause conflict among neighbors over which side of the road the sidewalk might be installed.

Councilor Randy Filiault took aim at a city standard that all sidewalk repairs to sections more than 100 feet long be done with concrete. To save taxpayer dollars, Filiault suggested asphalt sidewalks be replaced with asphalt, which is cheaper.

“In my opinion, there’s some areas in Keene that we just don’t have to do concrete,” he said. “Those are maybe the less traveled areas but still we have sidewalks out there for safety. They just keep people off the road. And I think some of those really don’t need to be replaced with concrete. They could easily be fixed up with asphalt.”

The council did not take any action on the staff recommendations, voting to accept the report as informational.