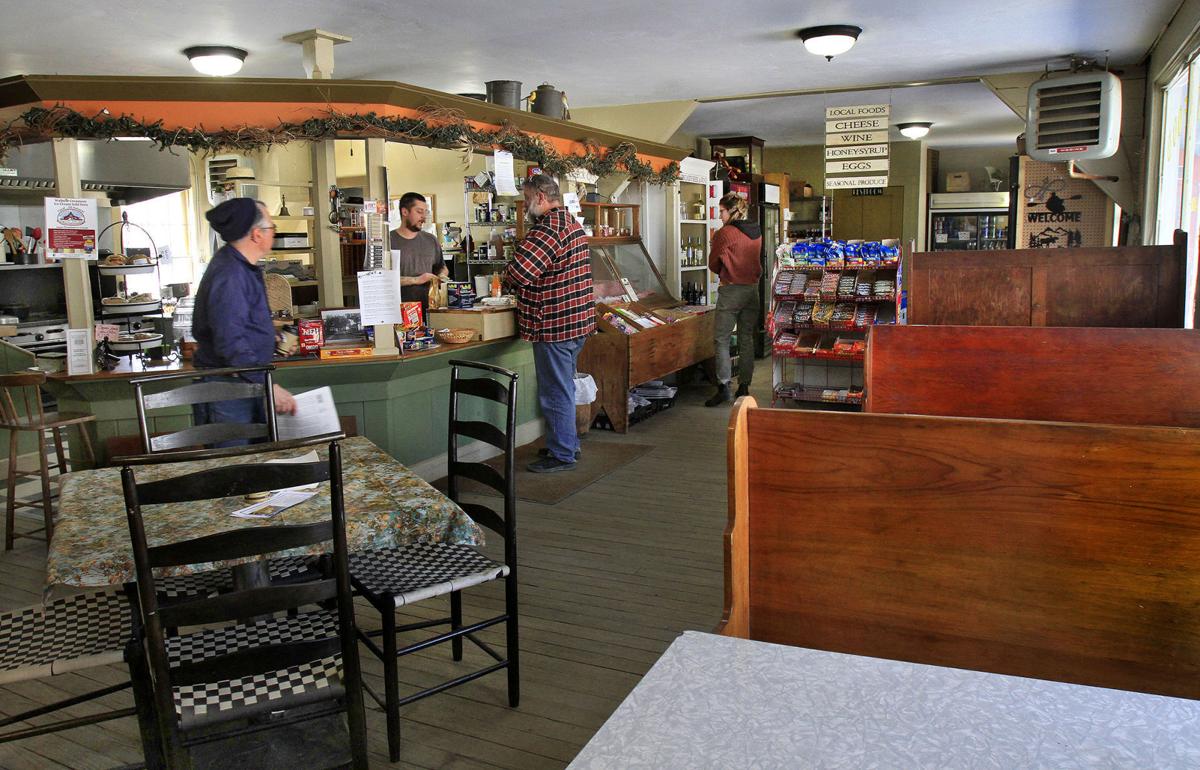 Customers shop at the South Acworth Village Store as employee Jeremy Martin of Lempster runs the register, in this file photo from 2019. 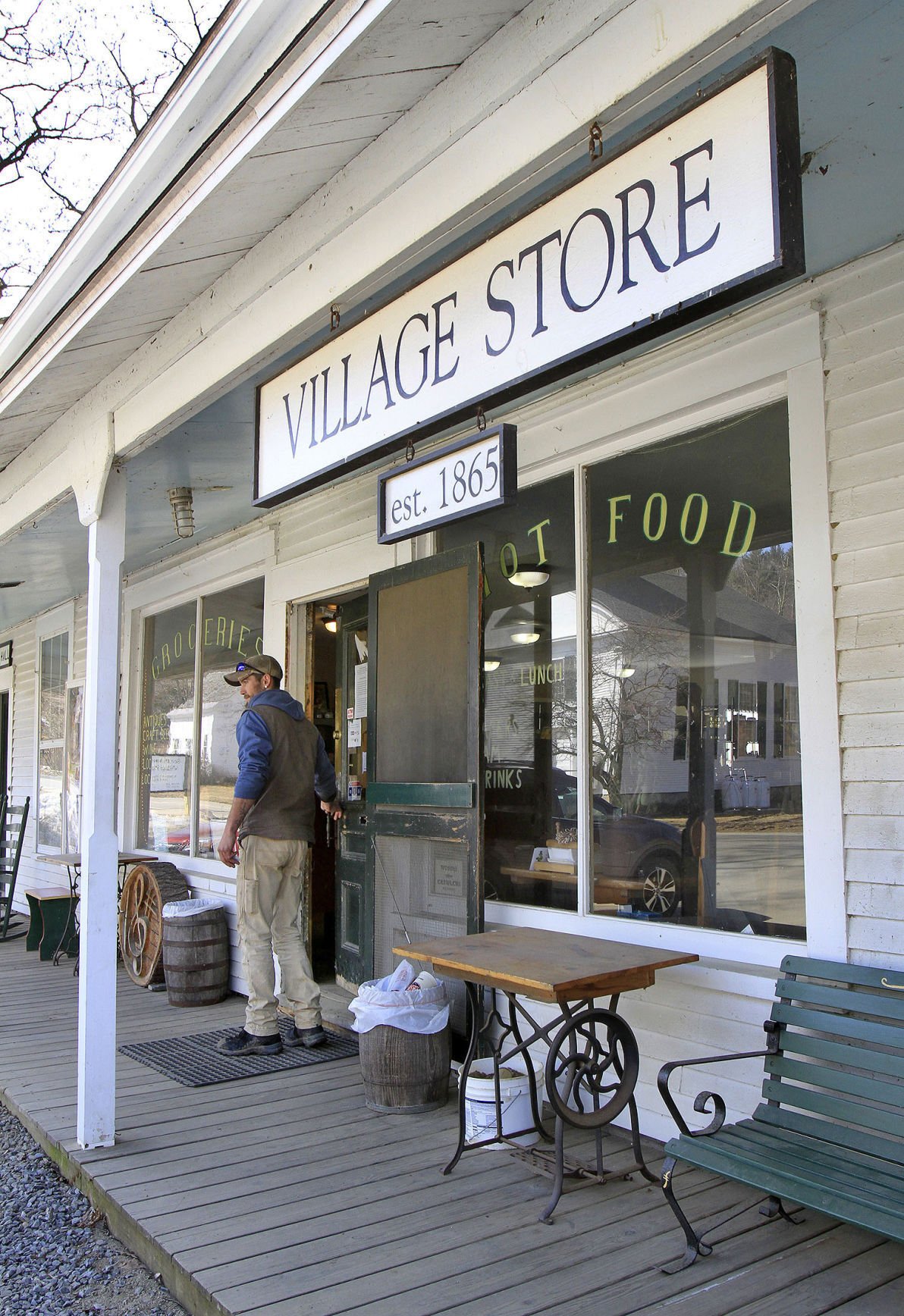 A customer exits the South Acworth Village Store in this file photo from 2019. 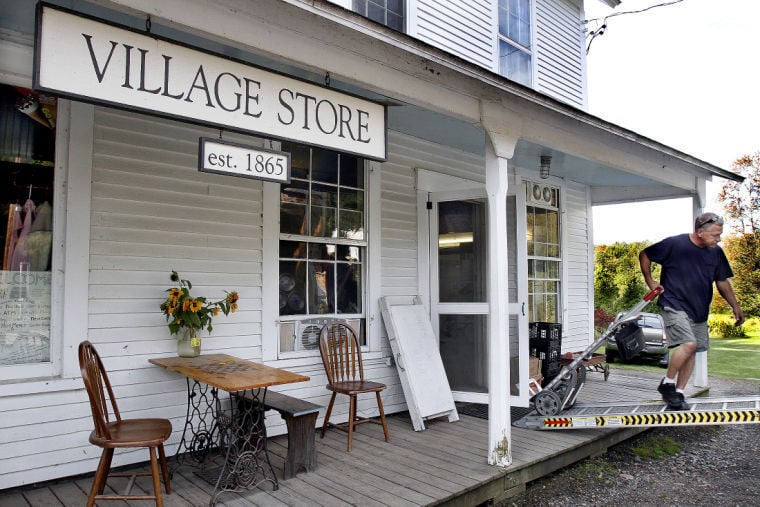 Tom Binette, working for Amoskeag Beverages of Bow, makes a delivery to the South Acworth Village Store in this file photo from 2014.

Customers shop at the South Acworth Village Store as employee Jeremy Martin of Lempster runs the register, in this file photo from 2019.

A customer exits the South Acworth Village Store in this file photo from 2019.

Tom Binette, working for Amoskeag Beverages of Bow, makes a delivery to the South Acworth Village Store in this file photo from 2014.

ACWORTH — After years of fighting to stay open, Acworth’s only general store is set to close this winter.

The historic South Acworth Village Store is run by volunteers. Its current manager is retiring in December, and the store hasn’t been able to find anyone to replace him for free, nor does it have the means to pay someone, according to a Sunday post on the store’s Facebook page.

“We cannot even pay for the overall operations of the Store as it stands,” the post says. “At the end of the year, even with fundraisers, we find that we still do not break even as a business. That is a reality that has dogged the store for years.”

The village store has been a community staple since 1865. It changed hands from owner to owner before the Acworth Historical Society bought the building, and volunteers — the Acworth Community Project — reopened the shop as a nonprofit corporation in 2001.

The store at 1068 Route 123A sells quick bites, cigarettes, grocery items, wine and beer, and local products, including honey and maple syrup. It also serves as a center where people gather for coffee and food.

The store also houses post office boxes, according to board member Judy Aron, who authored the Facebook post. When the shop closes, the boxes will be moved to the post office on Hill Road.

This isn’t the first time the store has been on the brink of closing.

In the summer of 2018, board members said the store lost business when the N.H. Department of Transportation shut down nearby Bowers Brook Bridge for construction.

The bridge’s closure prevented easy access to the store, which board member Kenneth Wesley “Wes” Cubberley said previously deterred some customers from visiting. The store estimated that caused a $10,000 loss.

And while the construction workers shopped at the store, this wasn’t enough to compensate for the loss in foot traffic, another board member said at the time, nearly leading to the store’s closure.

“We really need your business,” the store posted on Facebook in January 2019. “We need about $200 more in sales per day to stay solvent.”

The store was able to bounce back after a few crowdfunding events. But with the loss of its manager, board members have now decided it’s unrealistic to try to keep it going, according to Aron, who is also a state representative.

This will be at least the third general store to close in the Monadnock Region since late 2019. The Gilsum Village Store shuttered on New Year’s Day this year, and about a month earlier, Sullivan’s Little Country Store closed, its owner citing the Route 9 construction project’s impact on traffic and profits.

Aron added that the COVID-19 pandemic didn’t help the Acworth store’s financial situation, but it isn’t the sole reason for the closure.

“In reality, we’ve had a chronic problem over the years of the store just not being self-sustaining, so we never really broke even, and that in and of itself is a very big difficulty,” Aron said.

The store will officially close Dec. 31, according to Aron, unless the community bands together to manage it.

At the very least, Aron said she hopes the building — which continues to be owned by the Acworth Historical Society — can remain a community space.

“There’s a glimmer of hope for the store,” she said. “We won’t let that space die.”