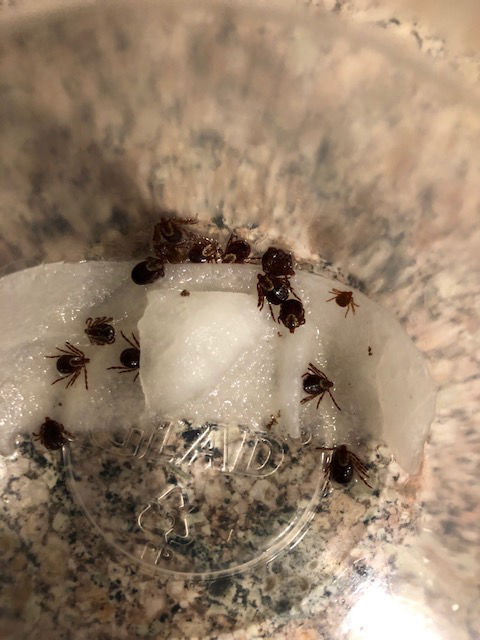 Keene resident Jill Lewis keeps ticks found on her family or dog in case they need to be tested for disease. In an email Monday, she said these ticks were from the past five days, noting that the nice weather had them spending more time outside. 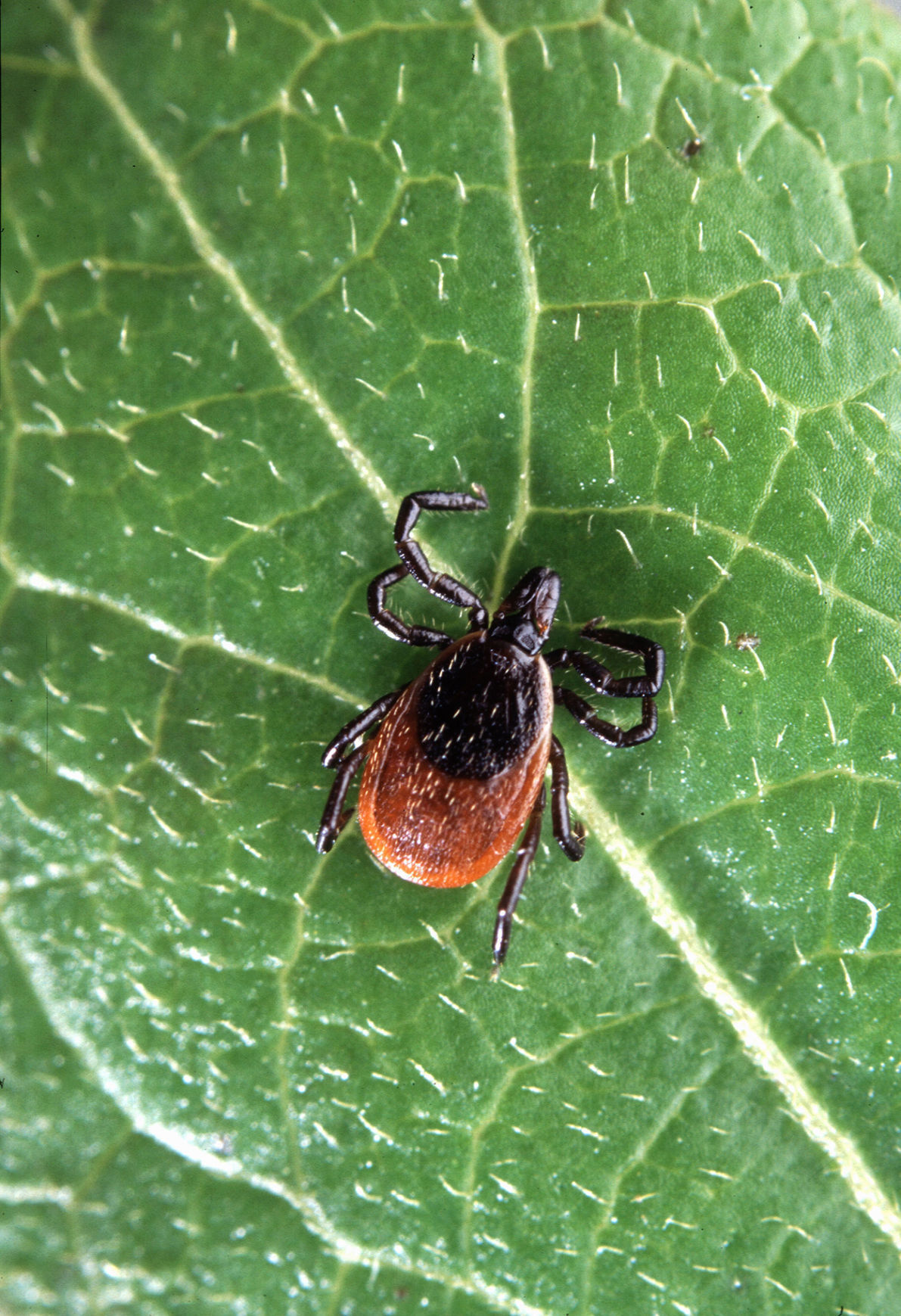 Keene resident Jill Lewis keeps ticks found on her family or dog in case they need to be tested for disease. In an email Monday, she said these ticks were from the past five days, noting that the nice weather had them spending more time outside.

Jill Lewis has never had a tick problem. In her 12 years on Gunn Road in Keene, she can recall finding three ticks in the house. But this year, Lewis — like others in the Monadnock Region — might spot several a day.

“We use Wondercide on us and the dog, get the lawn treated with wintergreen and the dog takes an oral tick [medicine],” Lewis said in an email. “I feel like I need to quarantine now from the ticks not the virus!!”

Though tick exposure can occur year-round, the insects — which are known for carrying Lyme and other diseases — are most active during warmer months, usually starting in New Hampshire in the spring.

Kaitlyn Morse, founder of BeBop Labs in Salisbury, said the state has seen an increase in dog ticks so far this year, but not in blacklegged ticks.

BeBop Labs, founded in 2018, is a citizen-driven project focused on tracking ticks and tick-borne illnesses. The lab has several tick collection spots set up across New Hampshire, its website says, and people are also able to send ticks they find to the lab.

While the reason for the rise in dog ticks is not yet known, Morse said an increase in ticks is mostly tied to the season’s weather, as a tick’s metabolism is dependent on external temperatures. Acorn production can also play a role in the tick season, she added.

The blacklegged tick, for example, feeds on animals like chipmunk and deer, which eat acorns. The more acorns there are in a given year, the likelier it’ll be to see an increased tick population, according to Morse.

In 2019 — the most recent year for which data are available on BeBop Labs’ website — 5,820 ticks were collected statewide, 1,272 of which were tested for disease.

In Cheshire County, the data show that of the 99 ticks tested, 36 percent contained Lyme disease. Others were carrying other tick-borne parasites and bacteria: 36 percent had Borrelia, 2 percent had Babesia, and 5 percent had the bacteria that causes anaplasmosis.

Meanwhile, this year, anecdotal accounts from area residents point to a strong season.

Alisha Beam of Acworth said she’s had to pull more ticks off her dogs than in previous years. One of her dogs, she said, was rolling around outside for a few minutes Saturday, and she found six ticks on one leg.

Then at night, she spotted more.

“Throughout the night, we found 5 ticks walking across our dining room and living room floors,” Beam said in a Facebook message.

John Thomas has also noticed an uptick, saying he recently found eight ticks on himself and about 20 on his dog’s legs after they went for a walk.

“By the time we arrived back to my Jeep, I had removed more than 50 between the two of us,” the Keene resident said in an email. “Once home, we pulled off another 30+ from the [dog’s] fur.”

Blacklegged ticks have four life stages: egg, larva, nymph and adult. The nymphs are most active in the late spring through summer months — usually from May to August — and are the most likely to infect humans with disease, according to a news release from the N.H. Department of Health and Human Services.

These ticks spike again around October when they molt into adults, but are less of a threat then, as they prefer deer or dogs as hosts at this stage, the BeBop Labs’ website says.

Dog ticks — which have the same life stages as blacklegged ticks — have only one season, from spring to summer. It’s fairly rare for dog ticks in New England to transmit disease, but it’s common in the South, the lab’s website notes.

New Hampshire continues to have one of the highest rates of Lyme disease in the nation, according to the Centers for Disease Control and Prevention. The disease, like any other tick-borne illness, can produce flu-like symptoms of fever, chills, sweats and headaches.

Siegert said this includes staying on trails and avoiding areas with tall grasses and overgrown brush, wearing light-colored clothing to make ticks more visible, using effective repellents and covering your skin as much as possible.

Tick checks, on yourself, your children and your pets, should also be done regularly, she added. If bitten, Siegert said the tick should be removed as soon as possible using tweezers.

“People need to be aware that there are ticks in New Hampshire,” Siegert said in an email, “and that people can protect their health and the health of their families and pets by taking the preventative measures.”